he VUE (Vehicle Urbain Electrique) came to CES from the French Province of Quebec, Canada. It is the result of collaboration between the software company Elektrobit (EB) and senior students at the Universite de Sherbrooke. 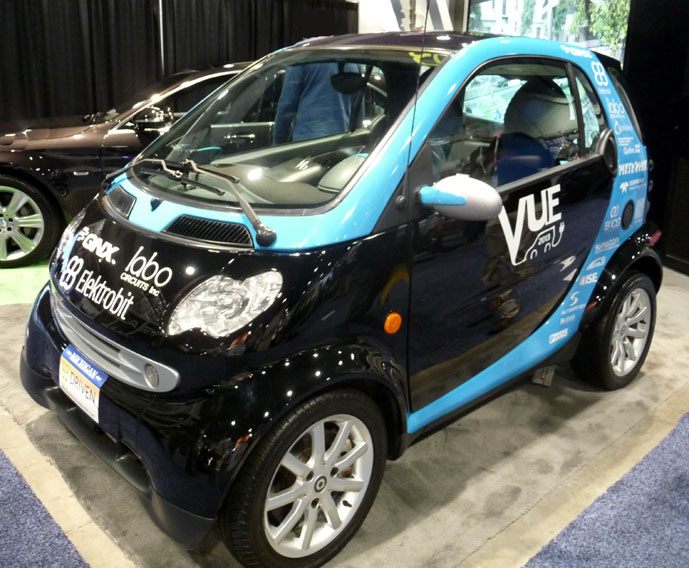 The students took a wrecked 2006 Smart Fortwo Coupe and switched the thermal engine powertrain to an electrical powertrain. They basically gutted its working parts and replaced its inners with electric-car-oriented equipment. EB was instrumental in the process. The company offers an extensive range of standard software products and professional tools that support the whole process of in-car software development.Elektrobit gave the university a license to develop the interface. Eleven undergraduate students from electrical and computer engineering participated. They integrated intuitive human machine interface (HMI) systems into the car. The car includes obstacle and road-sign detection systems facilitated by a dash mounted camera from Teledyne Dalsa of Waterloo, Canada. 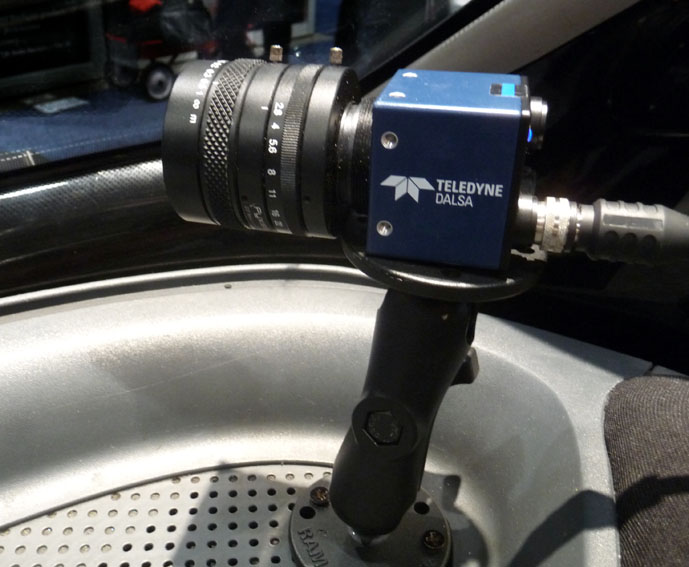 VUE comes with custom built propulsion and battery management systems. The car has a fully digital instrument cluster, and vehicle diagnostic display. The HMIs include information from the car’s radar system which provides information for the driver. 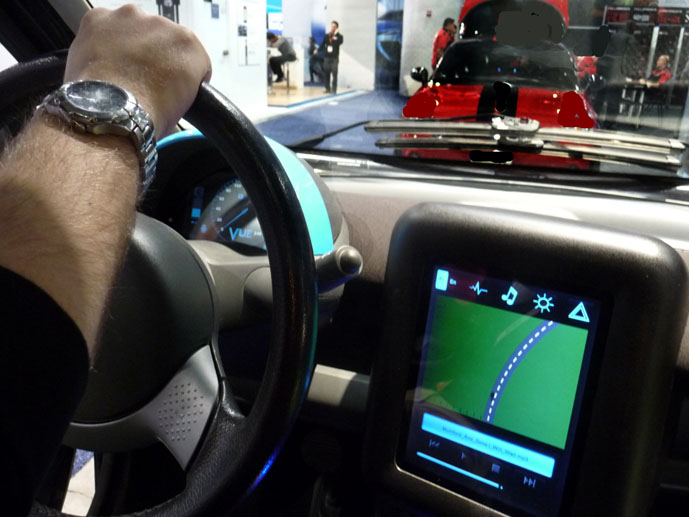 The infotainment system is based on the QNX Neutrino Realtime Operating system a true microkernel operating system. QNX promises that virtually any component can fail — and be automatically restarted — without affecting other components or the kernel. Their graphics technology allows images from video, OpenGL ES, HTML5, and Qt 5 on a single display.Jin Xu of QNX said: “The VUE project car offers a preview of what is possible in terms of autonomous driving and connectivity and demonstrates the value of supporting educational programs with state-of-the-art software tools. We are proud to support them with QNX OS technology, tools, and training.“ 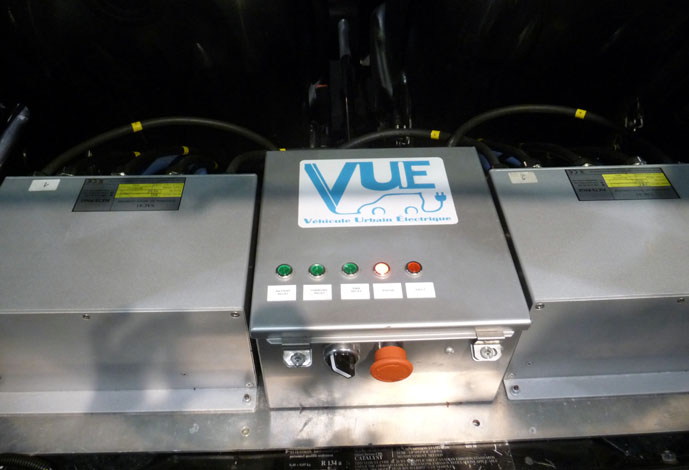 Components are neatly packaged in the rear of the car

The car contains two electric motors and a 12 volt battery to power the accessories. The vehicle weighs 1,741 pounds, has a 77 inch wheelbase, 98.4 inches in overall length, and is 56.6 inches wide. The lightweight, small vehicle lends itself to electric mobility with a 45km range in city driving. 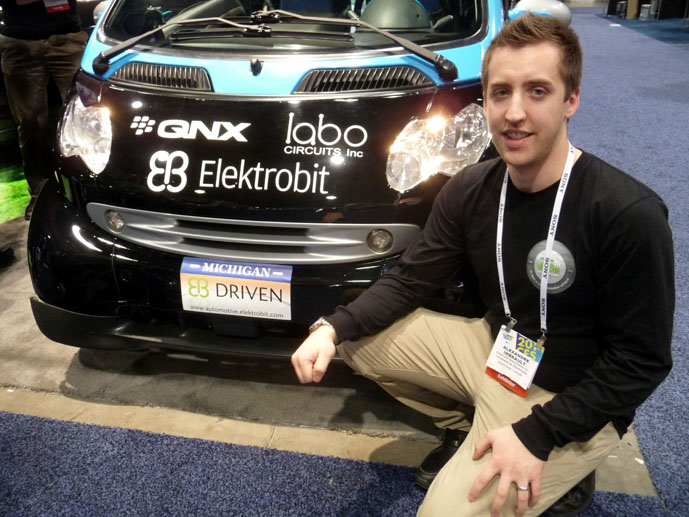 Alexandre Imbeault, a university student on the VUE project, was showing their project off at CES 2014VUE had several sponsors based around the world. B3CG Interconnect, outside Montreal Canada and Plattsburgh, New York, manufactures cable, harnesses and electrical mechanical assembly; Phoenix Connect, based in Bloomberg, Germany prides itself on design solutions for the future using trend-setting connection and automation technology. They are active in the field of renewable energies in infrastructure or for complex device connection. Elektrobit is based in Finland.Future goals are to include voice controls via EB GUIDE Speech Target Framework and EB Navigation integration.