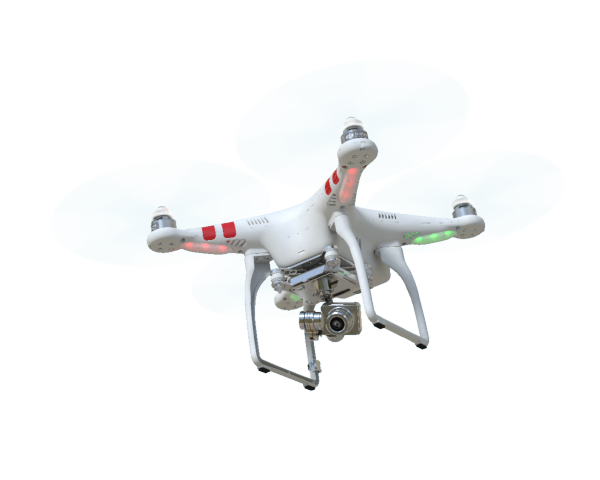 At NAB 2014 in Las Vegas, Nevada, DJI, the maker of the Phantom 2 Vision announced their latest addition to their quadrocopter lineup, the creatively named Phantom 2 Vision Plus. This quadrocopter takes a lot of the features of its predecessor and improves upon them in ways that enables film makers and serious videographers to be able to capture cinema quality footage from the comfort of a quadrocopter. Enabling shots and angles that would normally require a helicopter rental and thousands of dollars to rent one. The current model, the Phantom 2 Vision can be had at Amazon for a discounted $1,179, down from the MSRP of $1,399. However, it doesn’t have nearly the features that this new $1,300 Phantom 2 Vision Plus will have.

The key features of the Phantom 2 Vision+ are the 1080P camera that also does 720P at 30FPS while still being able to do 14 megapixel still shots as well. The camera itself is also supported by a 3-axis gimbal that significantly reduces camera shake while in the air and allows for impressive camera tilt control. It also allows you to film straight down, which allows for a very unique camera angle that most quadrocopters are not capable of doing. It also supports ADOBE DNG RAW recording which allows for some really great post-processing of the video, something professionals will likely love. It also has Adobe lens profile support, which allows for lens correction since the camera itself is fairly wide angle and has some lens distortion.

There are also a whole host of smartphone features that allow you to stream video to your smartphone in realtime and synchronize your phone with the quadrocopter through Wi-Fi, up to 700m away. This allows for some very quick uploads of images and videos to social media through your smartphone. This clearly shows that DJI understands that they don’t need to make a new device to sell you to share your content or to connect to the internet and that many (or most) would prefer to use their smartphones to share content from their new DJI Phantom 2 Vision+ quadrocopter.

The quadrocopter itself can maintain about 25 minutes of flight per battery, however, they do provide additional batteries as optional additions so that you can get back in the air as quickly as possible. And considering that these batteries are 5200 mAh in capacity, I would expect you to want or need about 5+ batteries in a charging cycle to be sure that you always have a full battery in reserve.