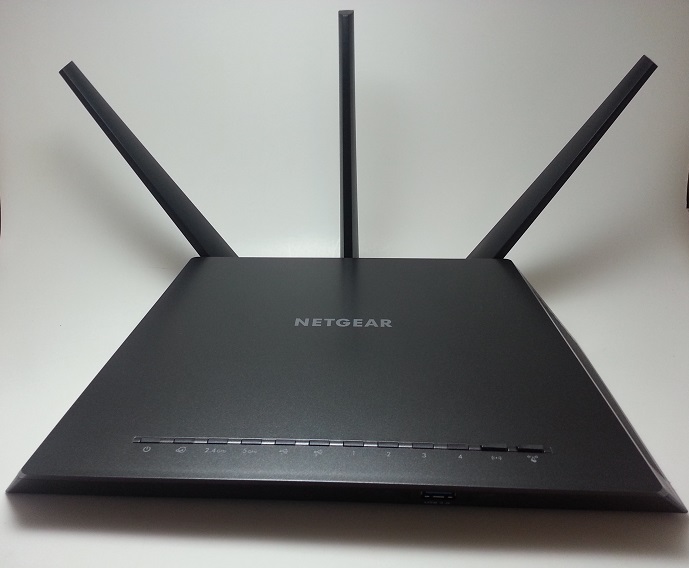 Up for consideration today is the Netgear Nighthawk R7000 Router. Advertised as being built for gaming, media streaming, and mobile devices, this device was an honoree at the 2014 International CES Innovations Design and Engineering awards.

Of course for all of you who are already familiar with the lines and reputation of Netgear, this quality product should come as no surprise. The R7000 touts the new 802.11AC wireless standard along with a number of features designed to improve the user experience: 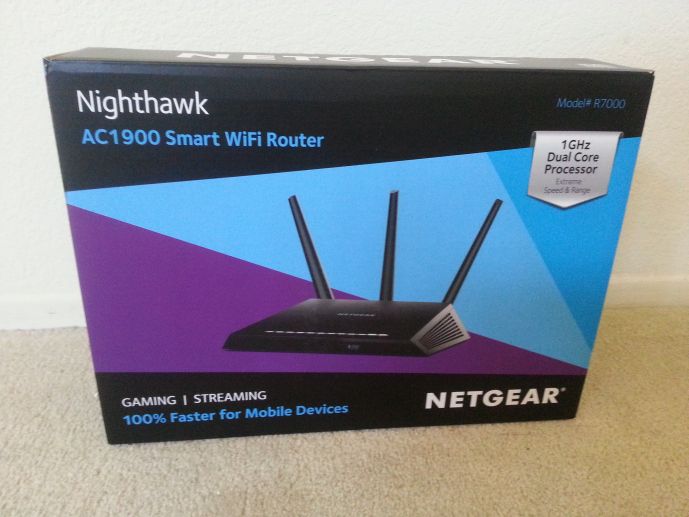 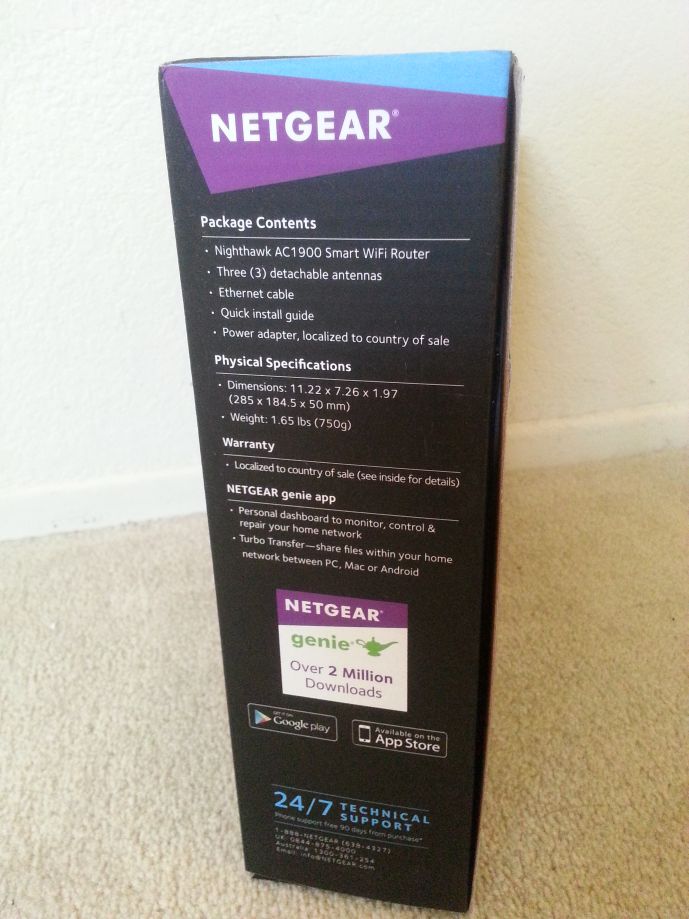 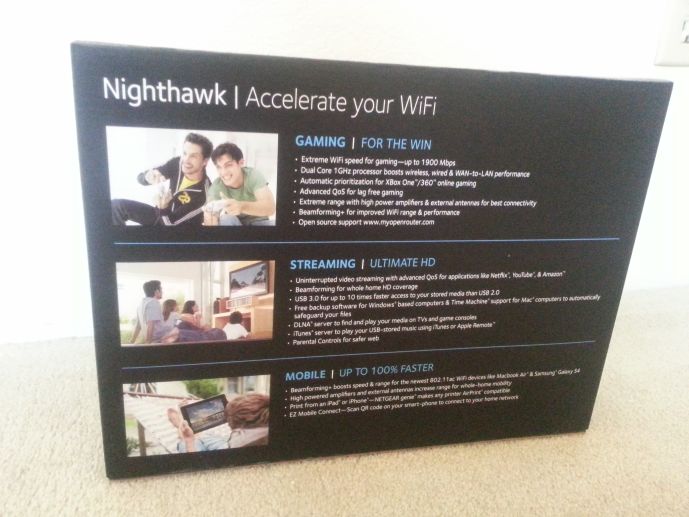 Inside, the box contains a cardboard housing with the router, accessories, and related paperwork. 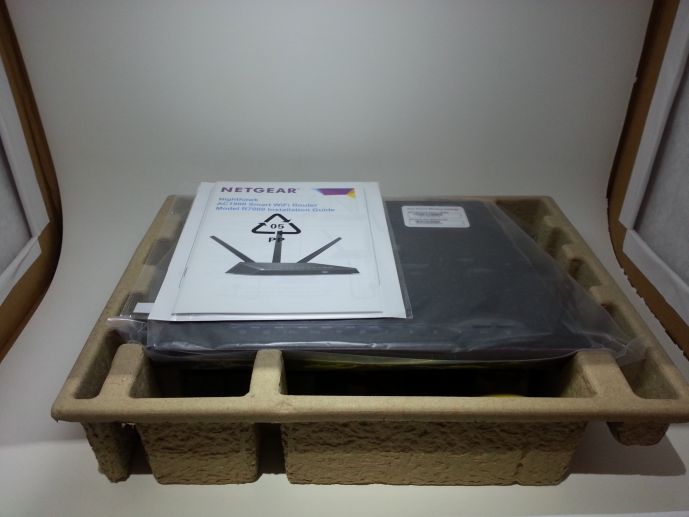 As promised on the exterior, the box contains the router, 3 detachable antennae, an ethernet cable, and a region specific power adapter. 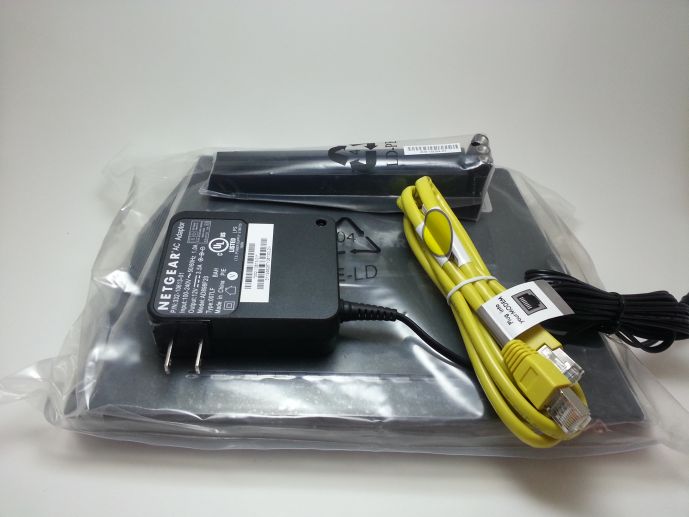 Interestingly enough, the ethernet cable is specifically labeled and color coded as being for WAN use only. 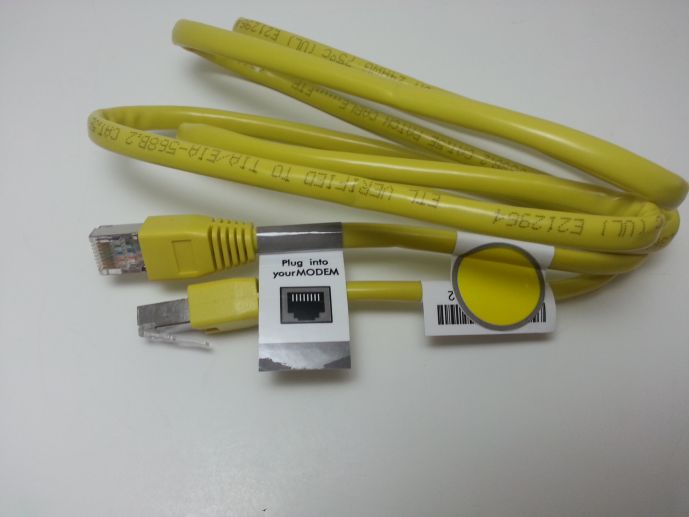 The Router itself is sleek, the design reminiscent of the F117 Nighthawk stealth aircraft which I’m sure the unit was designed upon. As a result of the angular design, the router only sits horizontally though it offers options for wall mounting.

On the front of the router, there is a solitary USB 3.0 port, off center to the right. 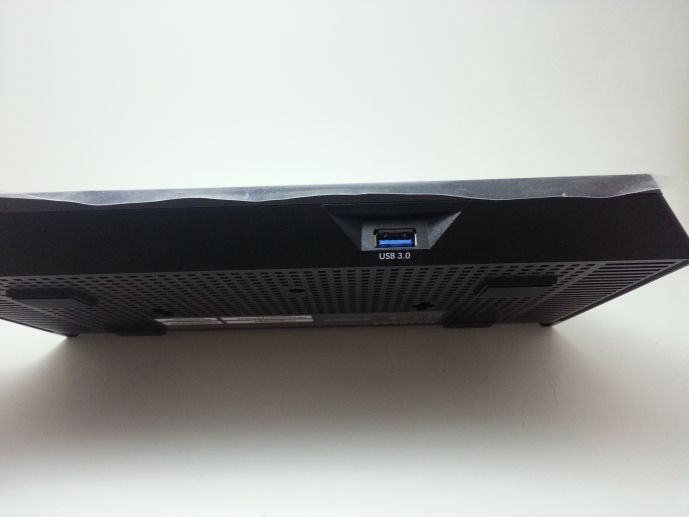 Meanwhile, the rear of the router has the 3 attachment points for the antennae, 5 ethernet ports (one reserved for the WAN connection), a USB 2.0 port, the power switch, as well as the power adapter jack. 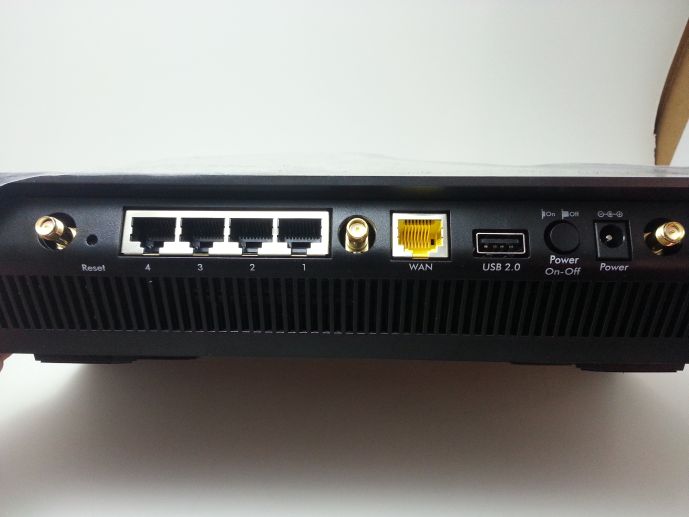 Set up, software, and connection

Setting up the router is straightforward, the included instructions are clear and easy to understand. Logging into the router is made easy by the reservation of “www.routerlogin.com” and “www.routerlogin.net”. Like pretty much every router on the market today, letting it run through the setup wizard will get your network up and running and ready for internet access in the course of less than five minutes. 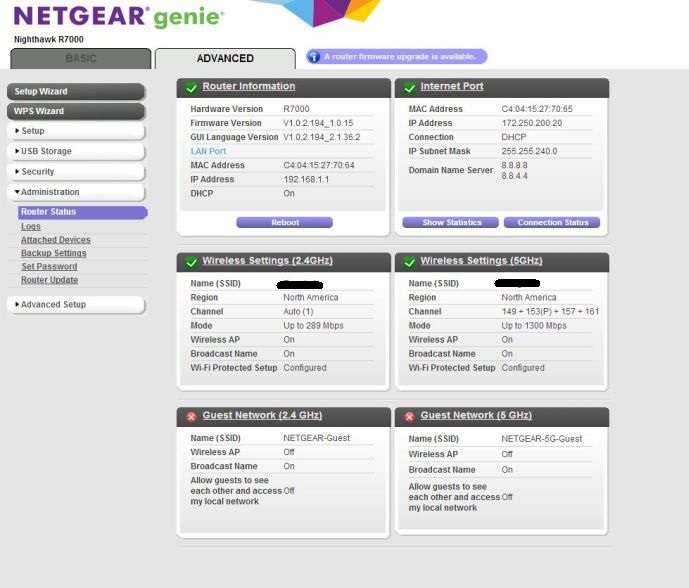 The basic side of the interface gives fairly standard options for internet and wireless setup, with featured services offered from Netgear in their Parental Controls section and ReadyShare capabilities for USB drives, printers, and NASes. Additionally, offering a guest network on either 2.4 GHz or 5 GHz bands is also available.

On the advanced side of the tab, the highly touted QoS presents a number of excellent optimizations for video streaming. Enabling WiFi MultiMedia mode (WMM) on either band will give priority to multimedia data as the name implies. There are additional options available for priority setup in the priority rule list ranging anywhere from messenger applications to specific games and consoles (I personally had a chuckle at Everquest still being a moderated option).

Routing capabilities on the wired connection are fairly straightforward, giving me my standard access speeds of 110 Mb/s (+/- 5 Mb/s) and 5 Mb/s upload.

With their BeamForming DSP on the 5 GHz band, there’s little to no loss of speed, with the maximum loss I encountered being approximately 1 Mb/s. 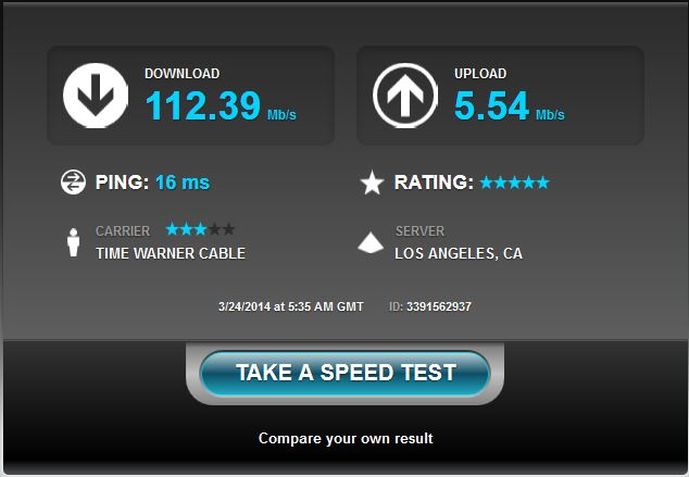 However, throughput on the 2.4 GHz band suffered fairly significantly, with an approximate average loss of 5-10 Mb/s. 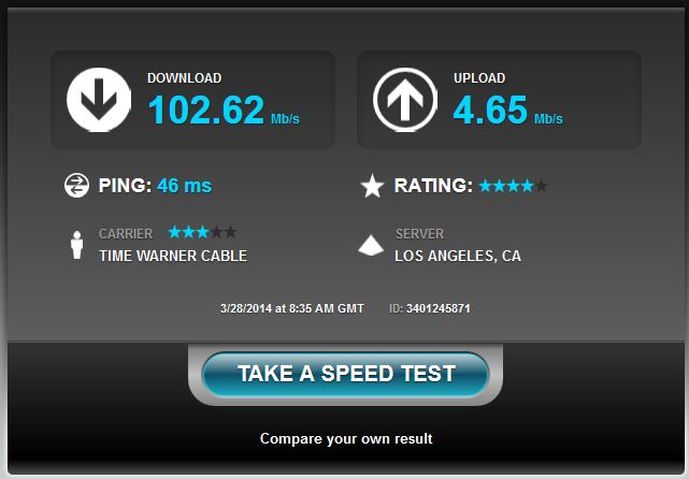 Of an impressive note, the wireless broadcasting capability of this router manages to extend out to a working distance of approximately 230 feet (72 meters) on the 5 GHz band through a number of obstructions and about 115 feet on the 2.4 GHz band.

A major feature that this router touts without much, if any, competition from peer routers is the ability to configure a VPN for accessing your home network remotely, or even for small business enterprise uses that one would normally expect.

My experience with the Nighthawk wasn’t all sunshine and roses, however. For a little while at the initial setup, there was a notification for a new firmware update that appeared in the usual location. Clicking on this brought me to a firmware update check screen that told me that there was no new version to update to, resulting in the update notification hanging around for a few weeks before another, real, firmware update happened to get rid of it. Further, when updating individual settings on each tab, there is a fairly long delay while each setting is updated on the router. This delay usually clocks around 20 to 30 seconds and is relatively harmless in the grand scheme of things unless one is in a major hurry.

The Nighthawk is available now for an MSRP of $199. For the money, the router offers excellent performance on the 5 GGz band with great QoS functionality. These, along with the suite of extended features including USB 3.0 based NAS functionality and the VPN capability make the Nighthawk one of the best routers currently on the market. That in mind, we’re awarding the R7000 Nighthawk our Editor’s Choice Prosumer award for excellence in performance and user experience.

View all articles by Kilroy Higgins