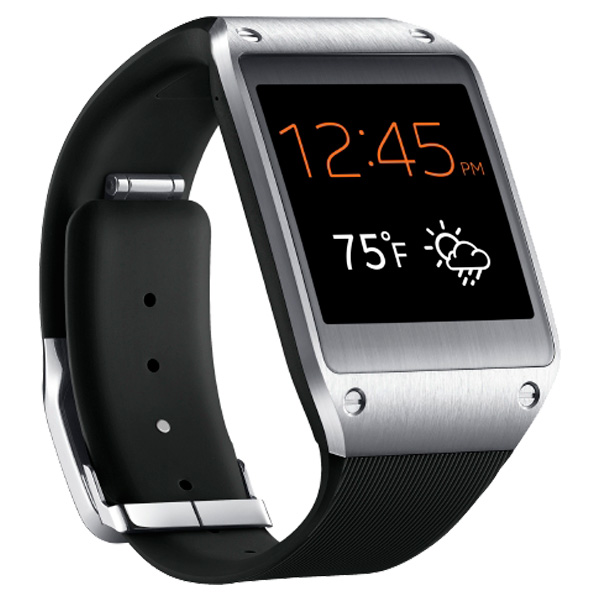 Woot.com, an online discount website owned by Amazon just released its latest ‘deal of the day’. And what a deal it is, slashing the price of an Galaxy Gear Smartwatch by 46%, from $349.99 to mere $159.99. Is it enough to kick the sale volume up? 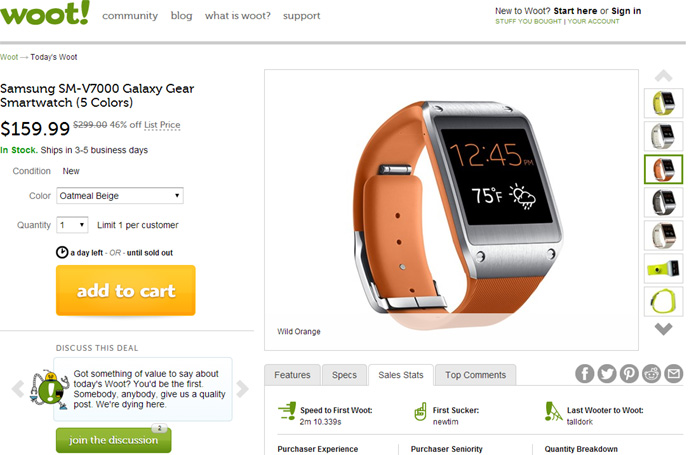 As you can see on the screenshot above, you cannot order more than a single unit of the watch, but opening multiple accounts isn’t exactly a problematic thing to do. If you want to, of course.

By all accounts, Galaxy Gear failed to land on the sweet spot of tens of millions of Galaxy smartphone customers, which wasn’t helped by an utterly creepy and stereotypical advertising campaign which looks like it was created by a member of tech bro gang in a Starbucks somewhere in the new San Francisco. ‘Revenge of Geeks Creepers’, that is.

Still, $159.99 is just $10 more than a regular Pebble, which doesn’t feature a camera or a colored LCD screen (no touch capabilities either) but has a larger ecosystem (apps). If you own a compatible phone (Galaxy SIII, S4, S5, Note II, Note III or a similar Android 4.x running device), the $160 price tag does not look too bad for checking the technology out. The original price of $299.00 was simply overrated for a first generation product.

Naturally, you could wait until this Friday (April 11th) and get a Galaxy Gear 2 watch without camera for $199.99, or wait until the end of the month and get a camera-equipped model for of $299.99.