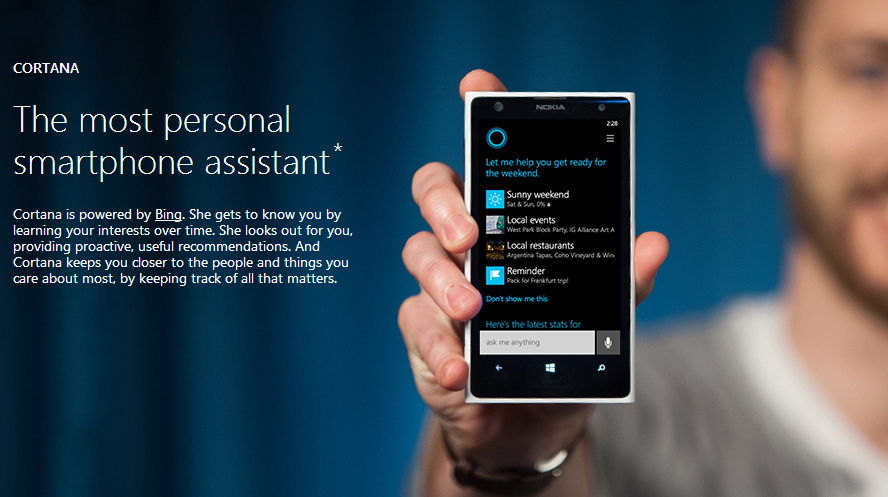 For those of you that missed Microsoft’s announcement of the Windows Phone 8.1 update, they said that the update would be rolling out over the course of the next few months across the world. However, the developer preview (basically accessible to anyone that’s interested) is available today. That includes a whole host of small improvements across the OS as well as the addition of Cortana. Windows Phone Central actually has a quick guide of what you actually need to do in order to get your hands on Windows Phone 8.1. The one important thing to note, however, is that only users with Windows Phone 8 and up devices will be able to upgrade to 8.1 and anyone with a Windows Phone 7.x version will not be able to upgrade and gain the new features of 8.1. Some of those features include the Cortana personal voice assistant, VPN connectivity, notification center, more user customization of the interface and an overall better-class OS.

Like we’ve written before, Microsoft certainly has gotten their act together and they appear to be working very hard to make sure that users are getting what they want from their smartphone while at the same time enticing users to switch to Windows Phone from Android or iOS. Currently, Microsoft is still struggling to bring over users that are already part of the Android and iOS ecosystem as most of their users are coming from their low-end devices which are usually people coming to Windows Phone from a ‘dumb phone’.

Microsoft is expanding their hardware partners and they’ve already shown that they’re spending lots of money on their software partners. Now, for them, it will merely be a matter of time until Windows 9 brings all of their platforms together under a single UI and ultimately allow for amazing cross-platform functionalities that utilize their OS’ strength and cloud platforms. Until then, it will be a game of catch up from Microsoft, a game that they’re currently working very hard to push for and honestly they’re making more progress in a much shorter period of time than Apple or Google did with their operating systems. I guess it is easier to make progress once your competitors have paved the way for you, but quality change isn’t easy no matter what what stage.