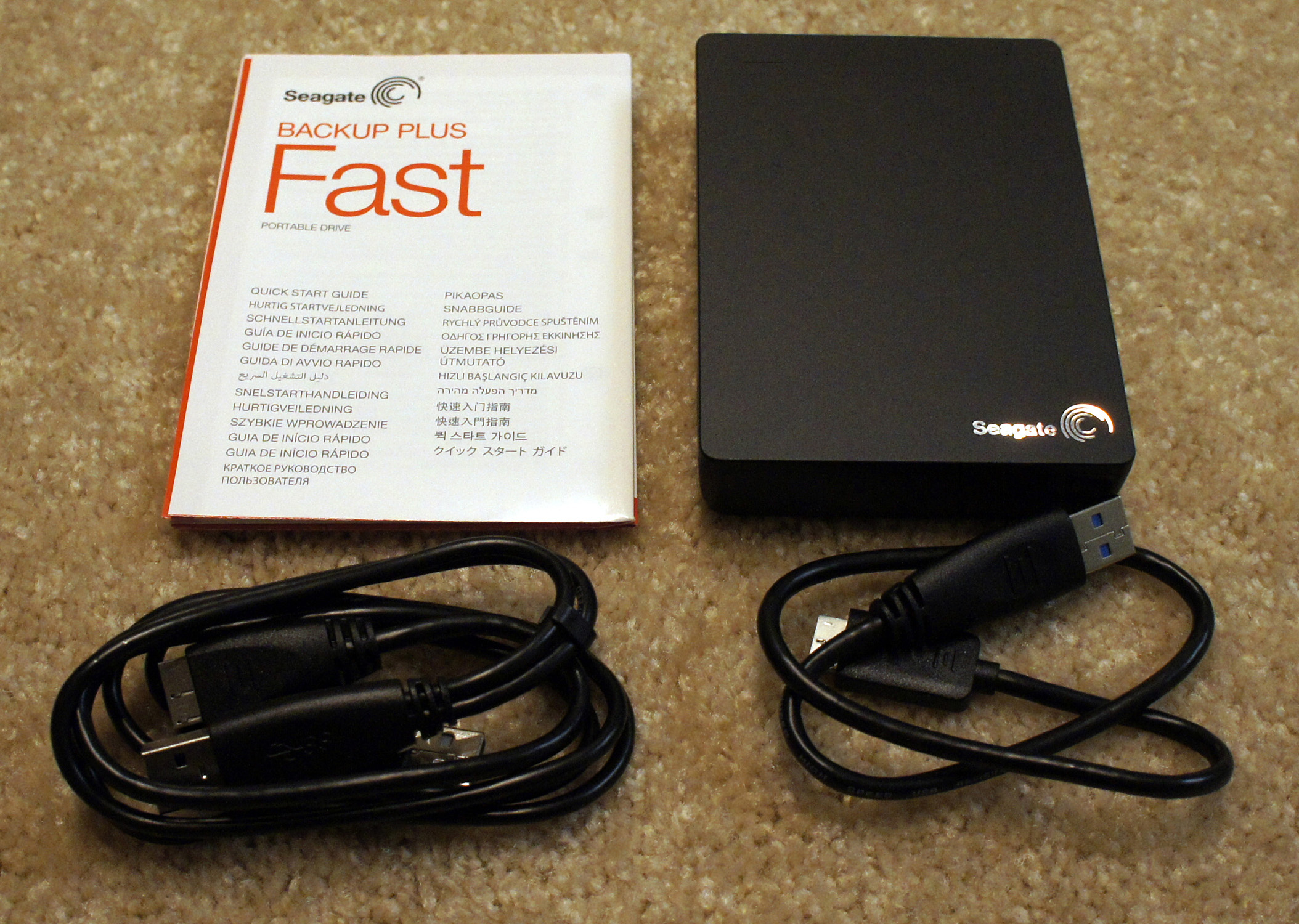 Today I’m taking a look at the Seagate Backup Plus FAST 4 TB portable hard drive. However, referring to it as a hard drive is a bit misleading, as the Backup Plus FAST is actually two 2 TB 2.5” drives in a RAID 0 array. This contributes to the speeds the drives can provide, as a striped RAID 0 array improves performance to up to double of what a single drive would be capable of. 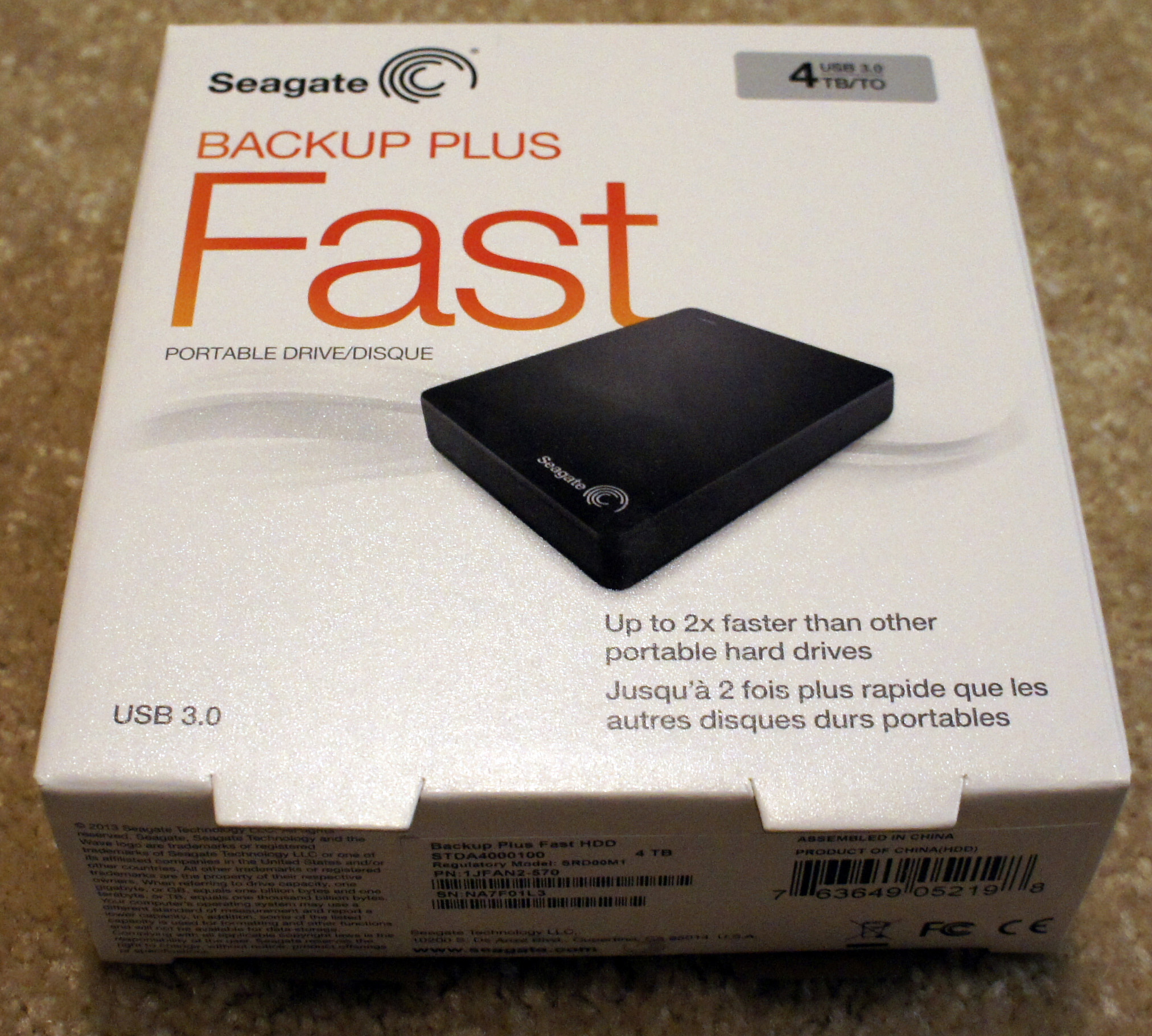 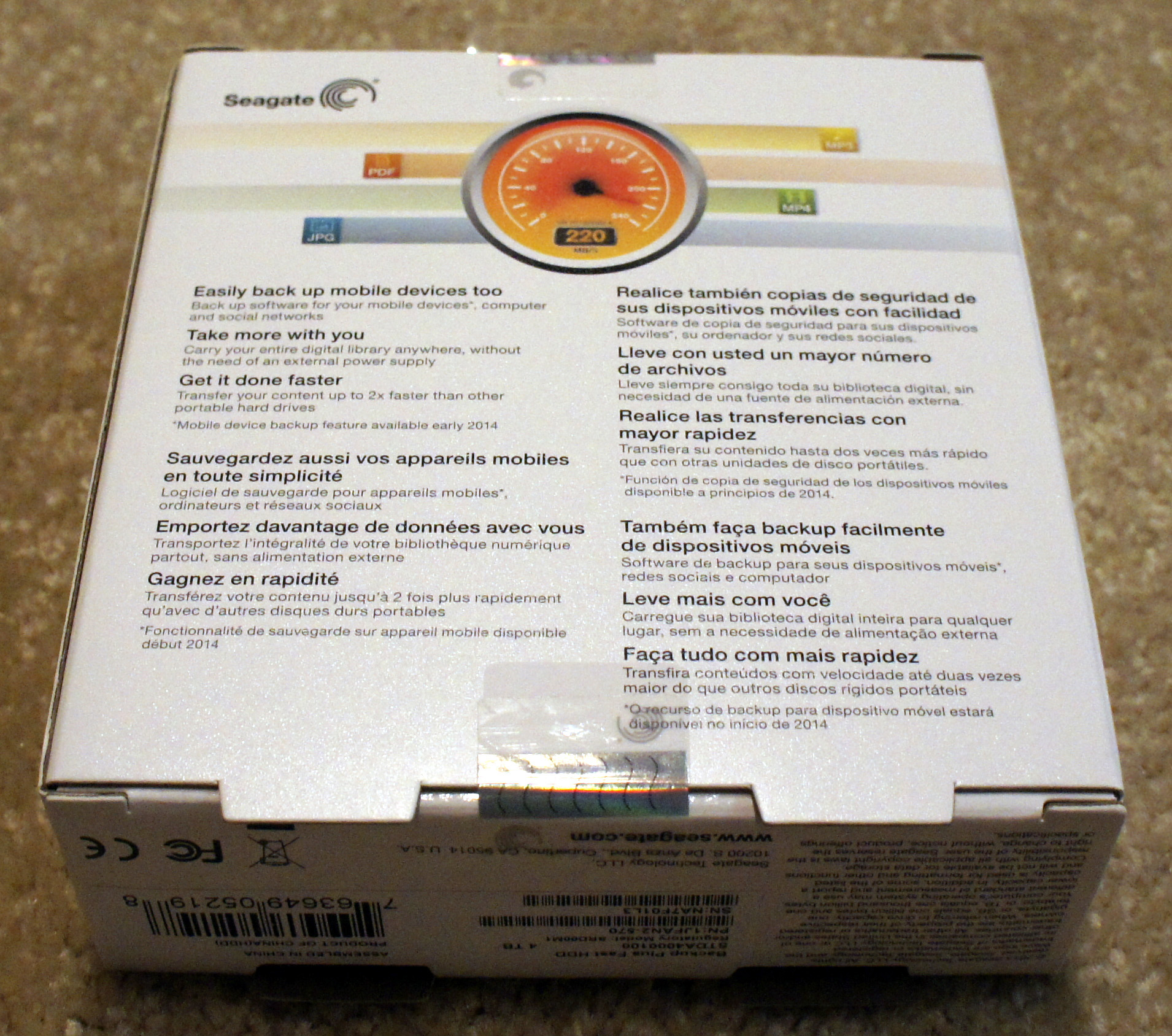 The drive comes in basic packaging, which includes a quick-start guide, an 18” USB 3.0 cable, and a USB 3.0 Y cable, which has two USB connectors: one for power and one for data. The reason it comes with two separate cables is that some USB 3.0 ports alone will not have enough power for the drive, so in those cases, the Y cable should be used. 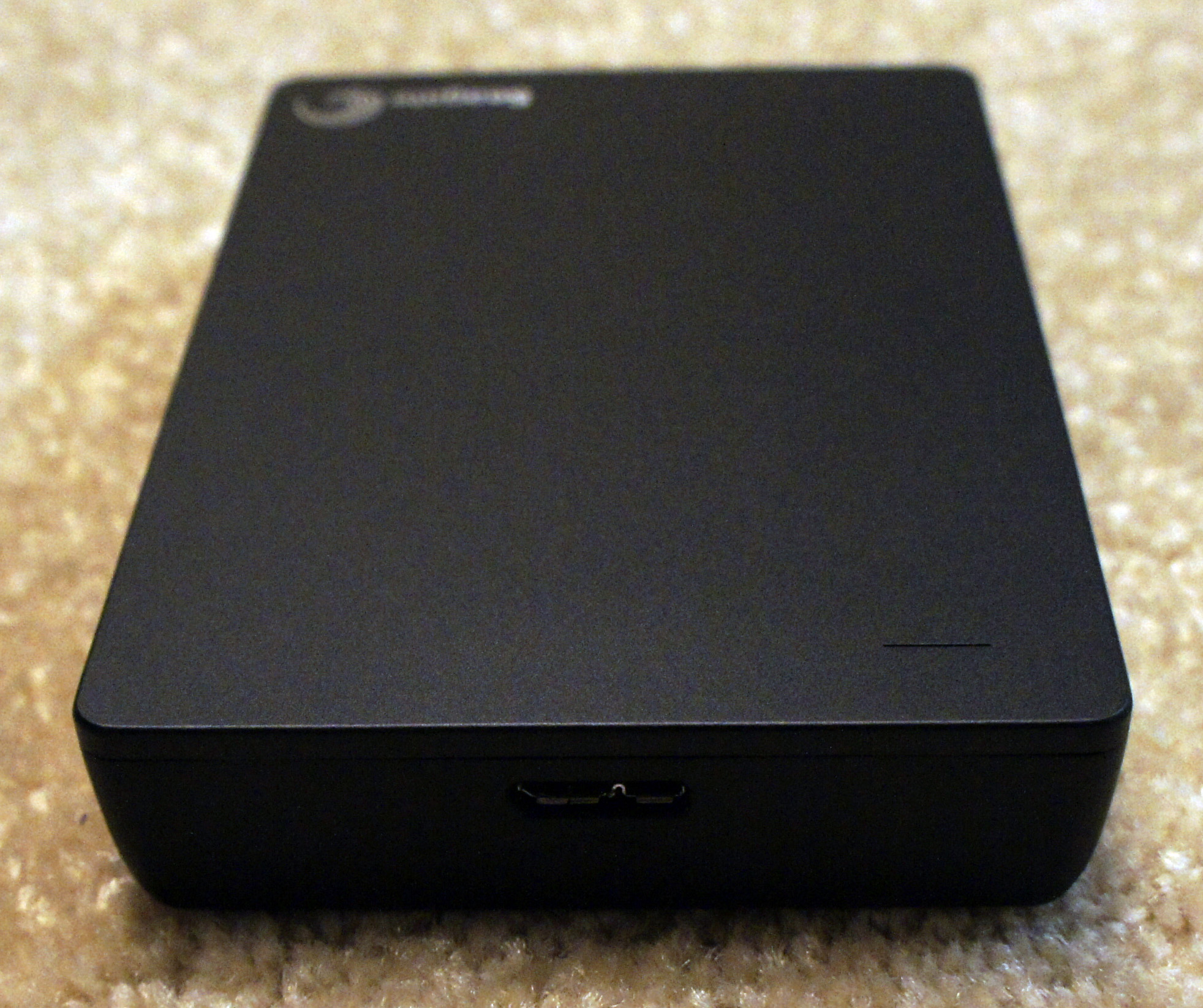 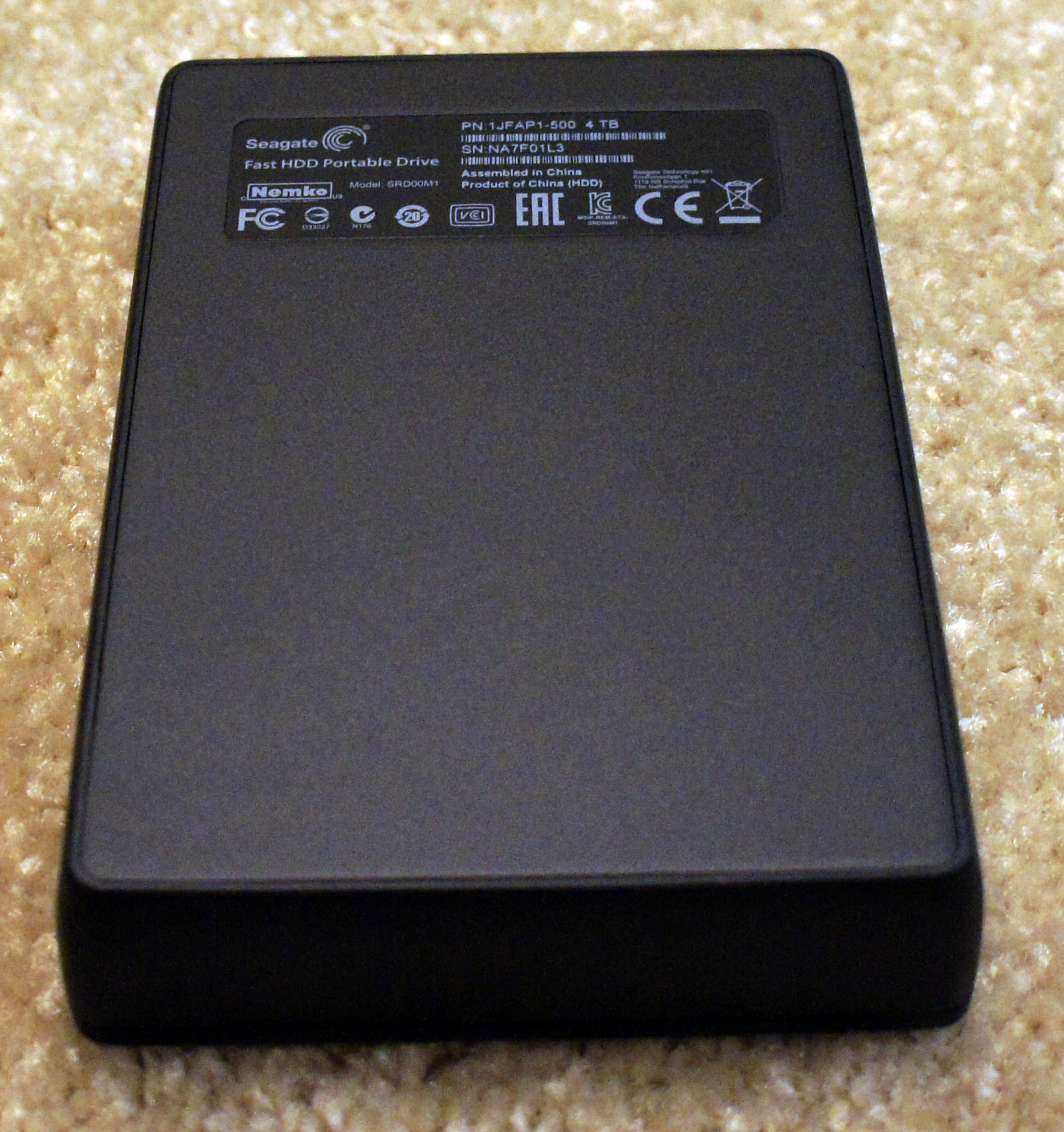 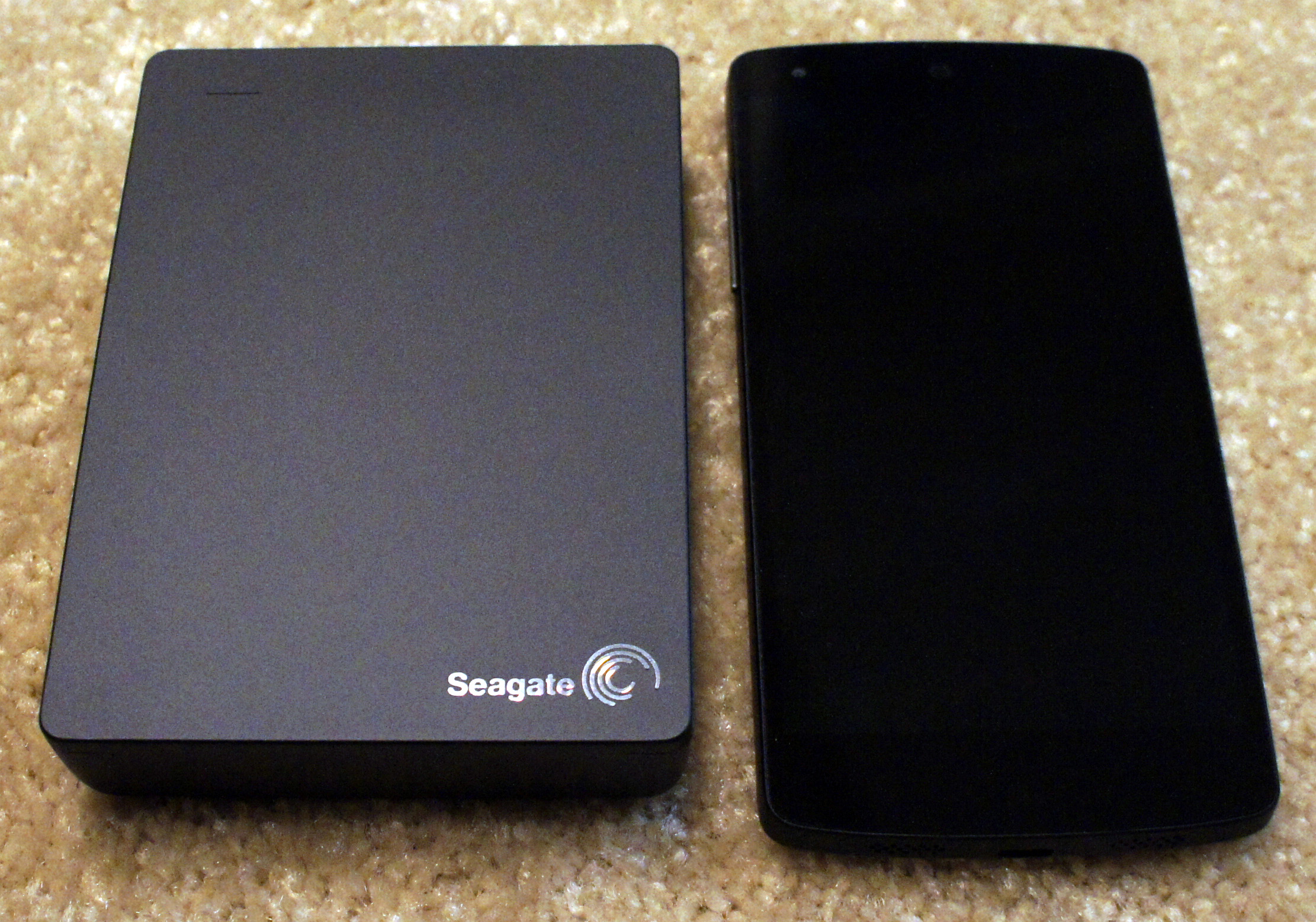 The Backup Plus FAST 4 TB comes with the Seagate Dashboard software preloaded for easy registration of the product and installation of the software. 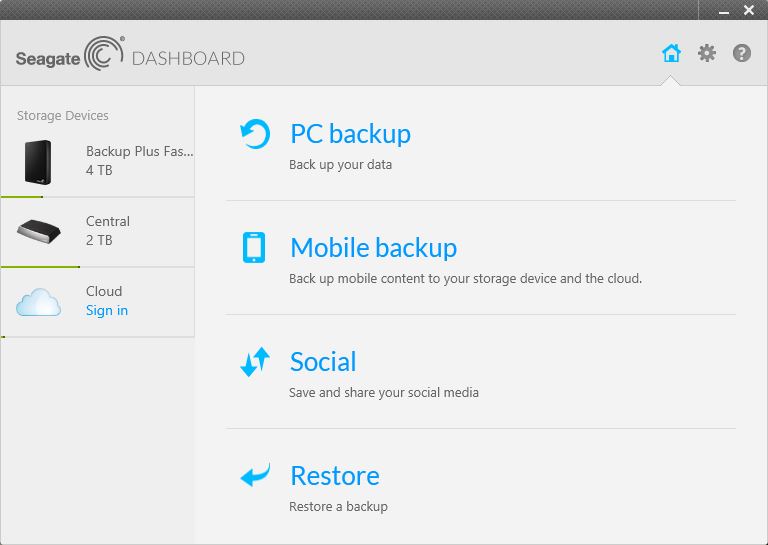 The Seagate Dashboard has been recently redone, and Seagate has certainly made some improvements to the UI and functionality of the software. 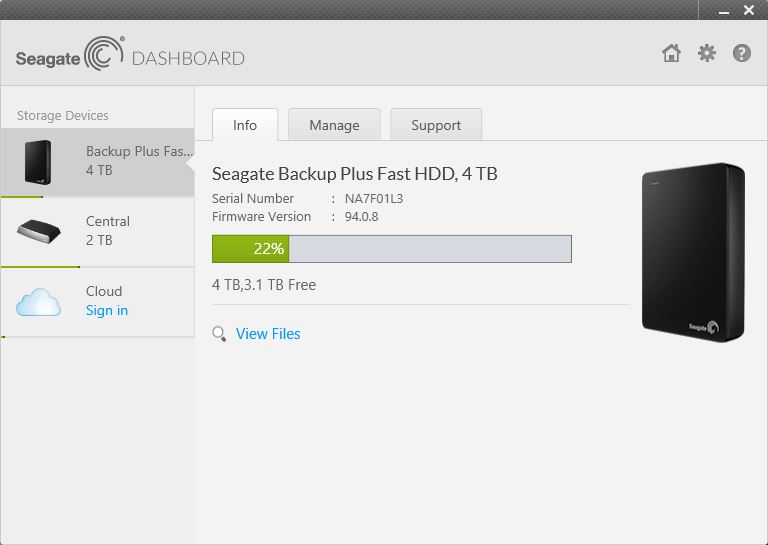 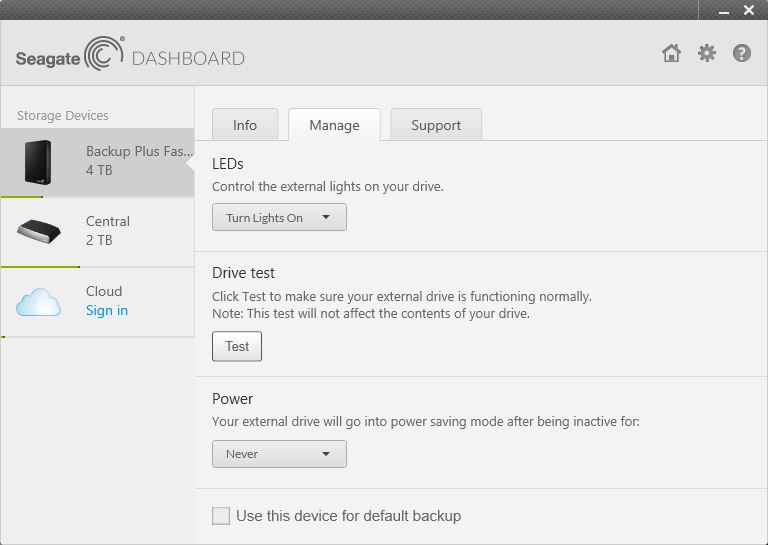 In addition to backing up computers over the network, the software also allows for backing up social media accounts as well as mobile devices. A really cool feature for the mobile backup is the ability to back up to the hard drive over WiFi, or to set up the phone to back up to a cloud service such as Dropbox or Google Drive, allowing the mobile device to be constantly backed up on those services. This is a huge feature since phones are often lost, stolen, or broken. It provides a really easy and simple way to keep the contents of your phone backed up. I especially like the fact that Seagate doesn’t require you to sign up for their own cloud service for backup, but allows you to utilize Dropbox or Google Drive instead, as they’re much more commonly used cloud services.

Seagate Dashboard supports Windows and Mac, and the mobile app (necessary for mobile backup) is available for Android and iOS. Getting to the performance side of things, the Seagate Backup Plus FAST 4 TB is accurately labeled “FAST”. It should be noted that all our benchmarks were done using USB 3.0 to maximize the capabilities of the drive.

CrystalDiskMark showed sequential reads of 245 MB/s, and sequential writes of 250 MB/s, most hard drives provide half those speeds, even when connected via SATA rather than USB. Clearly the RAID 0 array is speeding things up nicely. 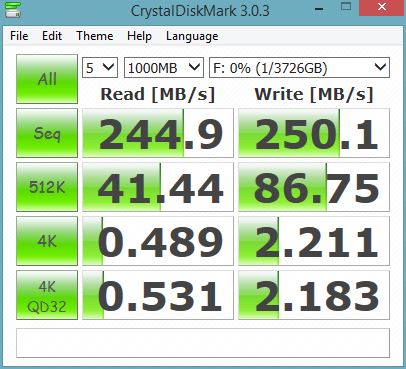 AIDA64 showed a Maximum Linear Read at 238 MB/s, a Random Read of 179 MB/s, a Buffered Read of 310 MB/s, and an Average Read Access of 0.00 ms. To put that in perspective, a single new SSD usually gets an Average Read Access of 0.09 ms. The RAIDed Backup Plus FAST truly provides some awesome performance, especially for a portable external hard drive. 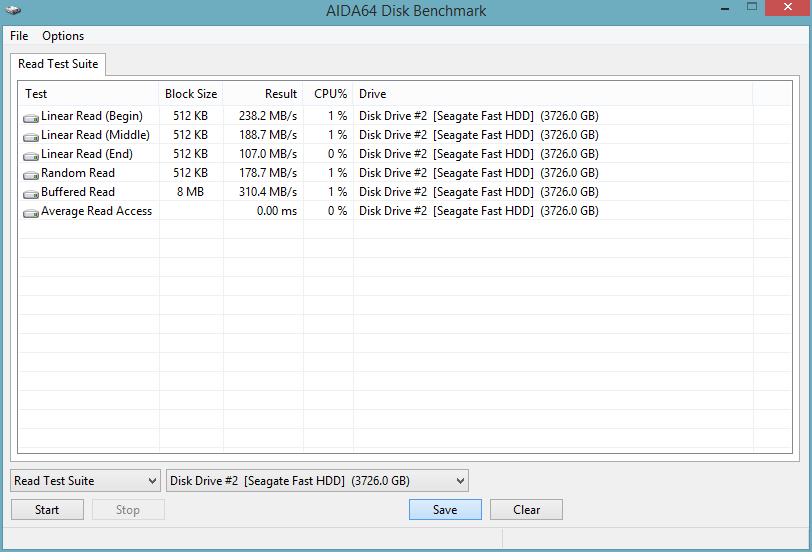 Now to the bad news: the Seagate Backup Plus FAST 4 TB has an MSRP of $270, and currently retails for the same price. Compared to Seagate’s other offerings, such as a 2 TB Backup Plus that is lighter, thinner, and currently retails for around $120, two of which could be had for $240, you may want to consider if the $30 premium for a single, thicker drive is worth is. A Seagate desktop (non-portable) 4 TB drive currently retails for $170, creating a $100 differential with the portable drive. However, it’s important to remember that the Backup Plus FAST provides things these other offerings do not. The Backup Plus FAST is much smaller and lighter, and obviously more portable than the desktop external drive, as well as significantly faster. Also, compared to the other portable drives, the performance of the FAST far exceeds them, and a $30 premium to have a single device rather than two separate ones, and one that is much faster than the other two would be seems like a small price to pay.

One has to consider if they need that level of performance or that capacity in their drive, and also if they want their external drive to be portable or not. If those are all requirements, the Seagate Backup Plus FAST 4 TB is hard to beat. Western Digital recently released its My Passport Pro 4 TB that also utilizes a RAID 0 array for similar performance, but uses a Thunderbolt connector rather than USB 3.0. Also, the Western Digital has an MSRP of $430, a far cry from $270. For those looking on the high end, we highly recommend the Seagate Backup Plus FAST 4 TB.