The QuckFire XT Stealth came in simple packaging and included a key puller, a user manual, a braided USB to USB cable, a USB to PS/2 adapter, and two replacement Windows keys with Cooler Master logos on them, as well as a set of four red keys to replace either the WASD or Arrow keys.

A notable design deviation from the QuickFire Stealth is the use of a full sized USB port on the QuickFire XT Stealth, located on the back-right side of the keyboard, as opposed to the miniUSB located on the underside of the QuickFire Stealth. Due to this design change, there are also no cable routing channels since they wouldn’t have any real function. While there are merits to both options, we prefer to have the connector on the underside and have the cable routing channels. Though that option makes it slightly more time consuming to fully unplug the cable, it feels like the connector is more protected and less at risk from accidental trips over the cable or similar occurrences. However, kudos to Cooler Master for sticking with the braided cable, as it is a much higher quality feel.

The QuickFire XT Stealth chassis has the same rubberized texture of the QuickFire Stealth, which makes quite resistant to fingerprints, and imparts a very high quality feel to the keyboard. The front printed keys look very sleek, as the black key tops give the QuickFire XT Stealth a very minimalist look. As on most Cooler Master keyboards, media functions are FN key operated, and allow for the standard set of commands: Play/Pause, Stop, Jump Back, Jump Forward, Lock Windows Key, Mute, Volume Down, Volume Up. It should also be noted that these functions all work even when the keyboard is connected to the PC using the USB to PS/2 adapter. 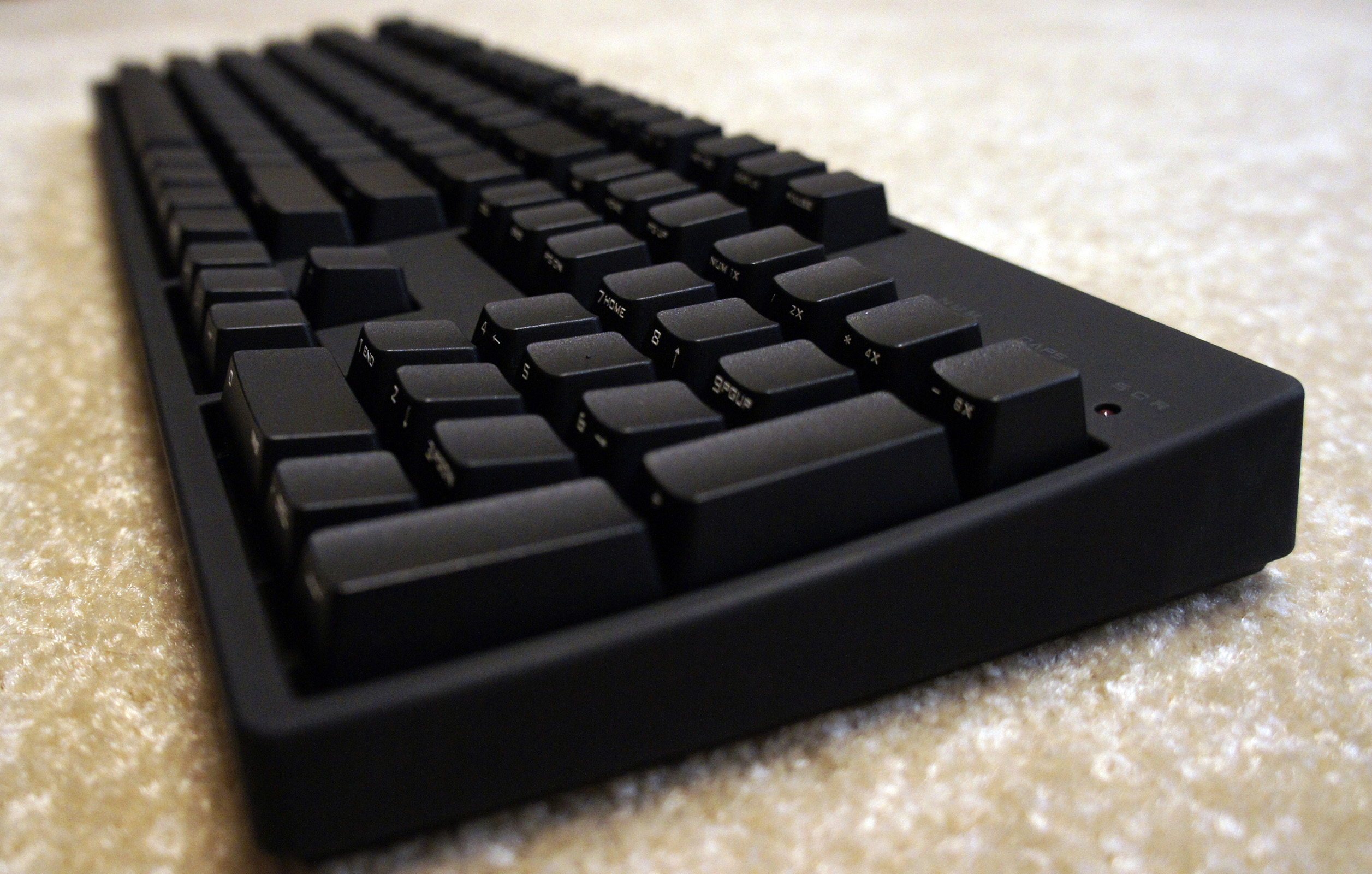 Compared to the MX Blue switches, which are often considered the “standard” mechanical switch, the MX Greens are heavier. That is to say, the amount of force required to push the MX Green is 80g, whereas the MX Blue switches require 50g. The difference is immediately noticeable, but while many find the resistance of the MX Green switches to be excessive or off-putting, we found that the resistance made the keys feel “bouncier”. When typing on MX Blues, the click and tactile feedback make for comfortable and accurate typing, but they bottom out quite easily. Typing on MX Greens has the same general feel, but the keys bottom out much less often, and the increased resistance tends to spring your fingers back up off the key. Subjectively, it felt like we could type faster and bottom out less, with the MX Green switches actively assisting in throwing our fingers off each key as it was pressed.

Of course, choosing the right mechanical switch is a matter of personal preference. In our case, MX Green switches provide a better experience when compared to MX Blue switches.

The Cooler Master QuickFire XT Stealth is notoriously difficult to find for sale. It’s possible to find the QuickFire XT, but so far, sightings of the Stealth have been uncommon. We were only able to find one online, and it happened to be the variant with Cherry MX Red switches. That particular one was retailing for $145. As such, it’s difficult to speak about the value this keyboard provides, but we were quite pleased with the QuickFire XT Stealth. We know MX Green switches are in short supply, but we would like to see more QuickFire XT Stealth keyboards available, even in other switch types such as MX Blue. If you are looking for a full-sized keyboard that utilizes MX Green switches and has the unique Stealth feature of front-printed keys, if you do manage to get your hands on one, we expect you’ll like the Cooler Master QuickFire XT Stealth (MX Green variant).