Blizzard just announced the dates for their much awaited Blizzcon conference that occurs every year in Anaheim, California at the Anaheim Convention Center. Based on the announcement, the dates for Blizzcon 2014 will be November 7th and November 8th, later this year, with ticket sales opening up on May 7th, exactly 6 months before the event. In past years, ticket sales for Blizzcon have gone by so quickly that the players hoping to attend Blizzcon are usually disappointed by their inability to get tickets. There are simply too few to get ahold of and they go far too quickly, much like Comic-Con does these days. However, Blizzcon is hoping to smooth the process out a bit by selling Blizzcon 2014 tickets on Eventbrite this year, rather than what they’ve done in previous years. 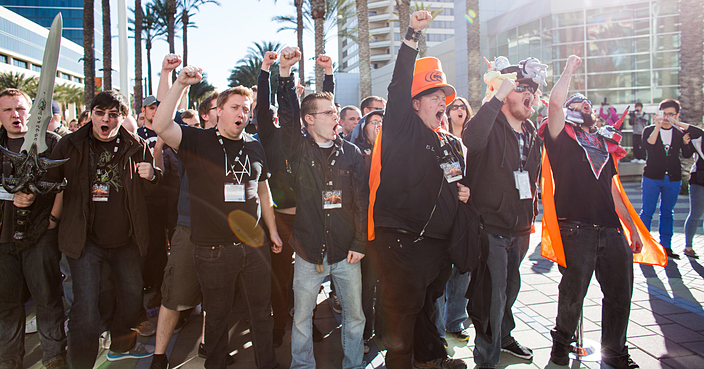 There will also be a third and final option, called Blizzcon Virtual Ticket, which will allow users to follow the events of Blizzcon from the comfort of their own homes if they can’t attend or couldn’t get tickets to attend. However, the details for this Blizzcon Virtual Ticket are very sparse and don’t talk about exactly what they’ll cost or what you’ll get beyond a short description. They state that you can, “Watch BlizzCon 2014 at home via the BlizzCon Virtual Ticket, offering comprehensive live coverage of the event to viewers around the world via a multi-channel Internet stream. Further details on Virtual Ticket pricing and availability are coming soon.” So, there you have it. Blizzcon is official for 2014 and we will probably be getting more details relatively soon about the Virtual Ticket and how many tickets will go on sale for both the general admission and benefit dinner.