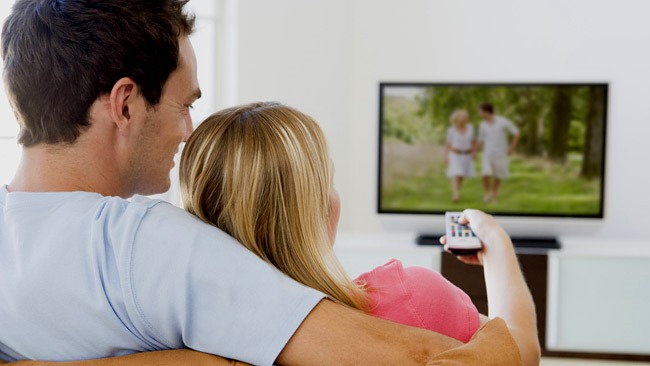 Ipsos OTX, a research and social strategy company, says sitting in front of the TV is still the preferred viewing experience. Eighty six percent of adults out of 15,551 in 20 countries are traditional couch potatoes.

According to their statistics, several respondents admitted to accessing video in multiple ways. The company quotes 27 percent as streaming/downloading TV/video via computer, 16 percent streaming Internet video to TV, 16 percent are using DVR/recording devices to view video entertainment, and only 1710 in 15.5 thousand watching on mobile.

As expected, viewing methods vary according to age group. Seniors between 50 and 91 years old rarely watch on any unit other than live TV. Middle aged folks between 35-49 are ranked at 88 percent while the younger, under-35 crowd, prefer more technological methods of viewing.

In contrast, and as expected, the last group has the highest use of newer modes of watching via computer/laptops. Seniors drop to 17 percent in this category. Streaming from the Internet follows a similar pattern with under 35’s at 20 percent and the next two groups dropping below that. Those 50-64 are minimal users registering only 5 percent.

The least used mode of viewing video is the DVR or similar recording device, but here seniors are at the top of the list. Obviously they are having to save those late, late shows that run after they are all nestled snug in their beds for viewing at a more convenient time.

Since this is a worldwide set of statistics it is difficult to quantity what is really going on in any given circumstance or group. However, statistics are always interesting … aren’t they?