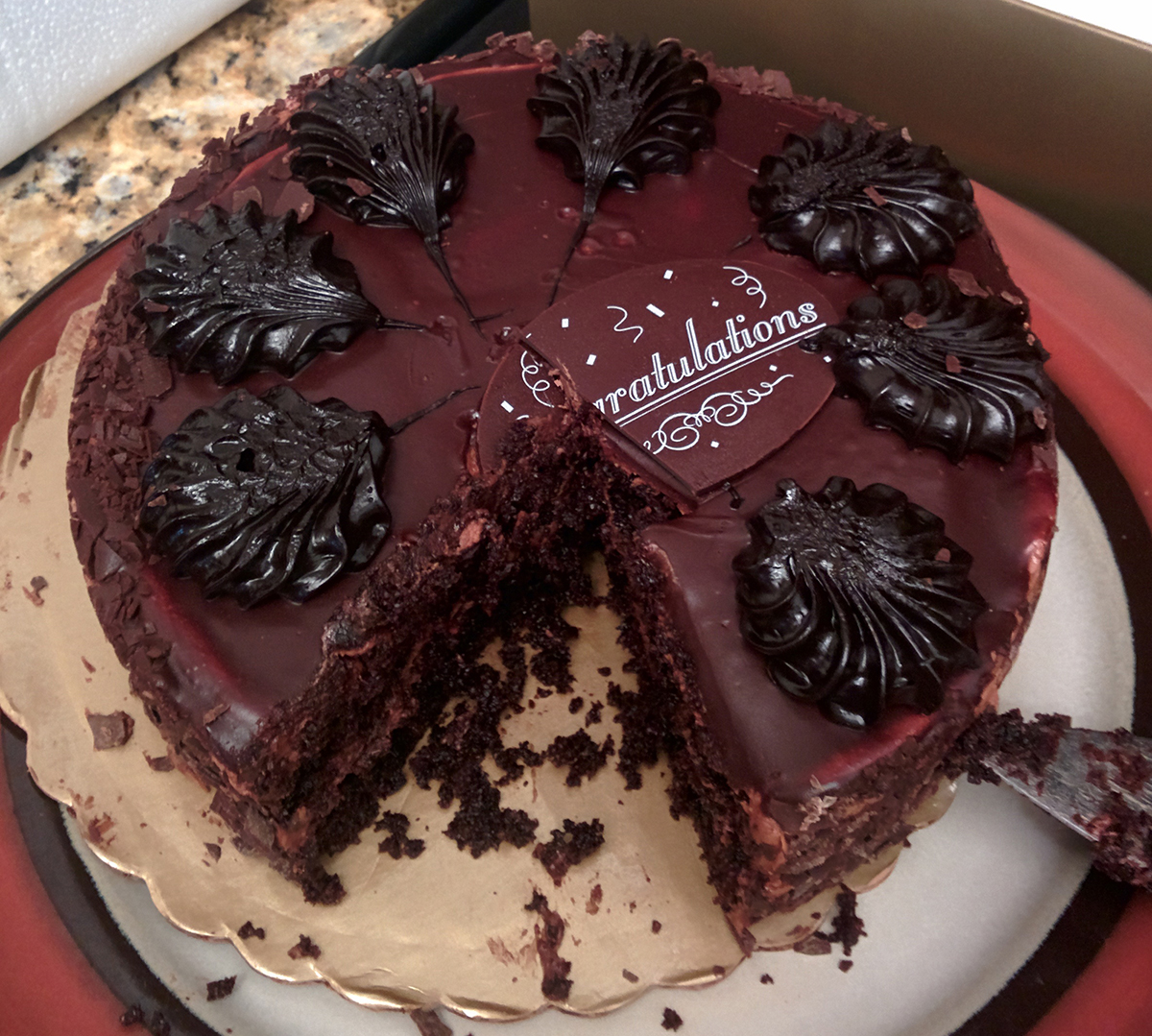 The Cake is not a lie

There has always been a ton of pop culture around the phrase “The Cake is a lie” and many gamers simply don’t understand the origin of the phrase or understand its meaning, but neither are necessary unless you get a randomly delivered cake from UPS in the middle of your week with a ‘letter’ from “Aperture Labs.” I’m not going to be one to say no to a delicious chocolate cake being delivered to my apartment for free, but it is a bit weird to be getting a cake either way and once you read the letter that accompanied the cake, you start to understand that this is a very clear allusion to Portal. Portal is without a doubt one of my favorite games of all time, and it comes as no surprise that Nvidia is probably working with Valve to port Portal from PC to Android with the SHIELD getting it first. 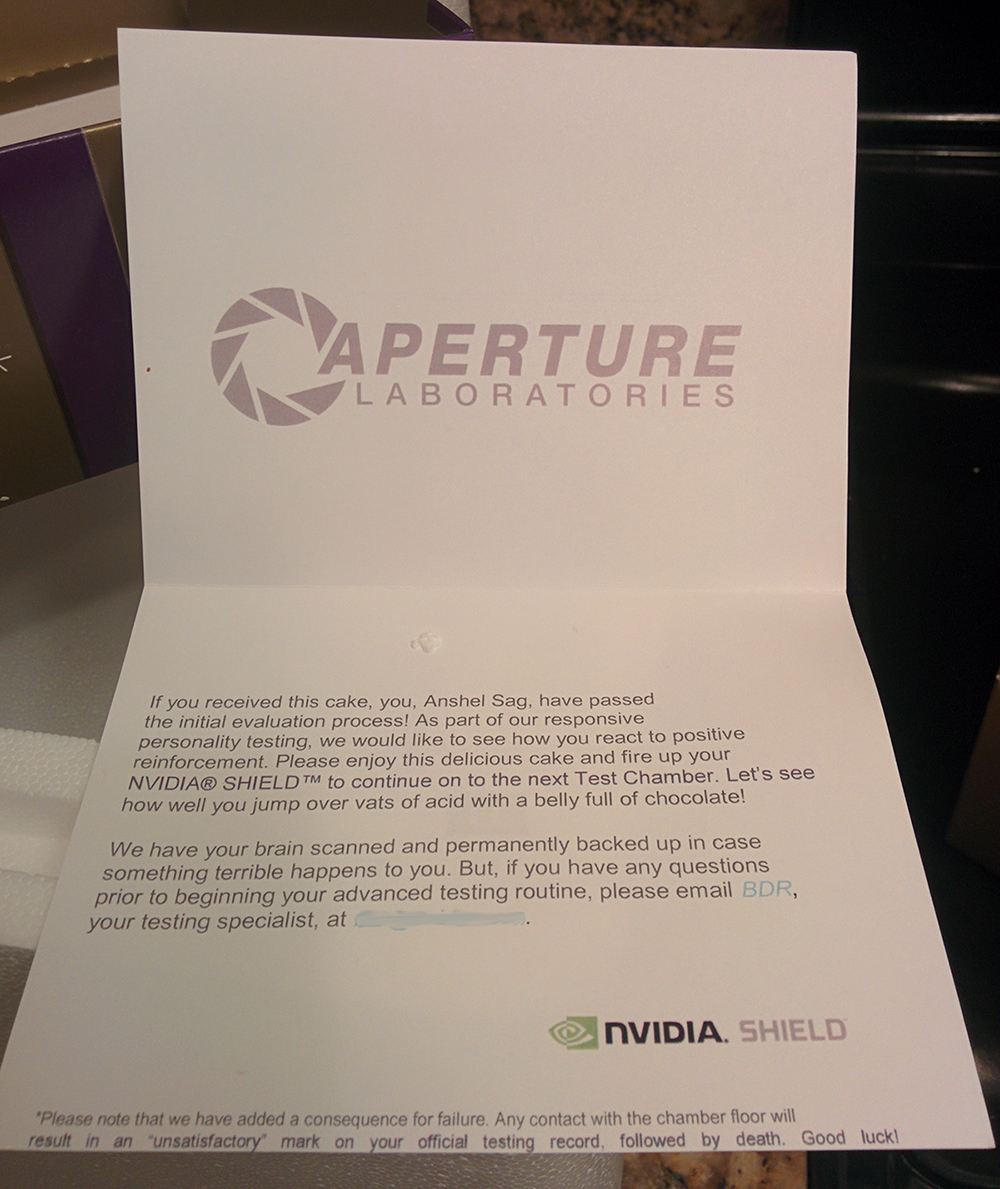 So, the guys at Nvidia are going to be releasing Portal on the SHIELD by what looks to be pretty soon. Yes, we did have the cake, and yes it was good. Now if only there was a Titan Z buried somewhere inside that cake, then I might get a little more excited. Until then, I’ll just have to wait for Nvidia to drop Portal onto my SHIELD and ‘suffer’ with one of the best games of all time on an Android gaming console. Hopefully it’ll be available for the Tegra Note 7 as well, which would make it even more attractive. Oh, and as a lover of Counter Strike: Global Offensive, I would really love to see Valve port that game to Android too, even though I am not sure it’d play the same on Android as it does on PC.