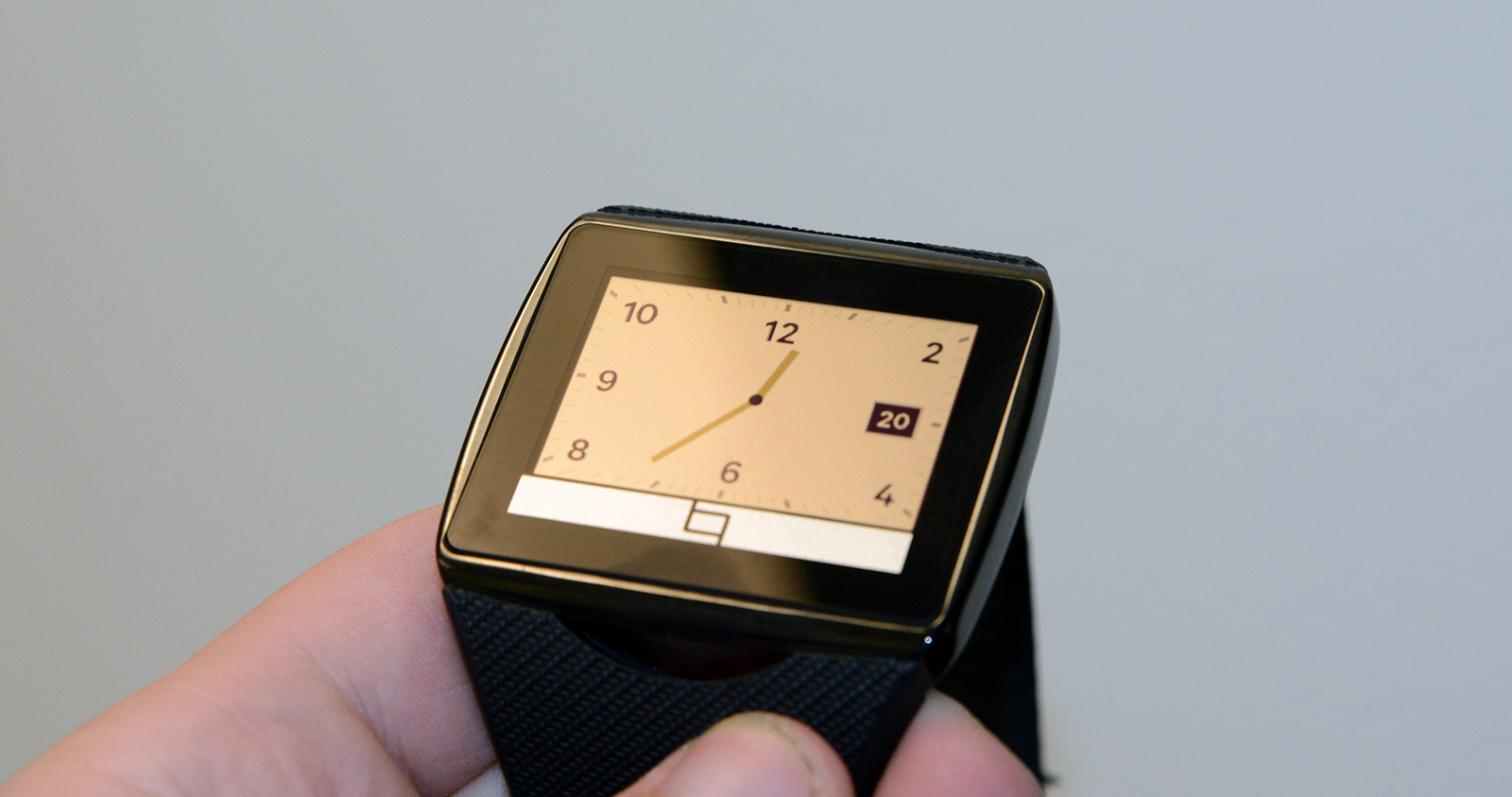 As the world of smartwatches continues to move forward, Qualcomm’s ‘reference’ design smartwatch appears to be getting better and better, adding major new features well after the device’s initial release in September and since our initial review. Back in February, Qualcomm added activity tracking functionality, which is something that they had promised when the watch was originally announced. Since then, they’ve added some new watch faces and done some regular maintenance on the watch and the associated app and we’ve been using it all along the time since the Toq has such great battery life. Well, yesterday, we got wind of a new update and updated the application, which rolled through an update to the watch as well and lo and behold there was voice to text functionality added to the watch. This means that you no longer have to respond to text messages or any text communication via canned messages. With the Nuance powered voice to text functionality you can now quickly and easily respond to text messages without having to take your phone out or use any canned messages.

I took the Toq with Nuance for a test drive yesterday and the accuracy of the Nuance-enabled voice to text functionality was astonishing. In a quiet environment, it did a great job of perfectly transcribing my voice responses to text and sending them off quickly. The entire process was very quick and simple as now when you want to respond to a message you have three options instead of two (canned msg, voice to text and call). You simply press the middle button and it gives you something like 10 seconds to compose your message verbally and when you’re done you simply press the button again or stop talking and hit send if the message is correct, or redo. Then it sends the message and you’re on your way, its really quite flawless. It even picked my voice up perfectly in a crowded bar and understood multiple people fairly clearly, even though it did have a bit of a hard time understanding my mom’s Russian accent with a certain word. 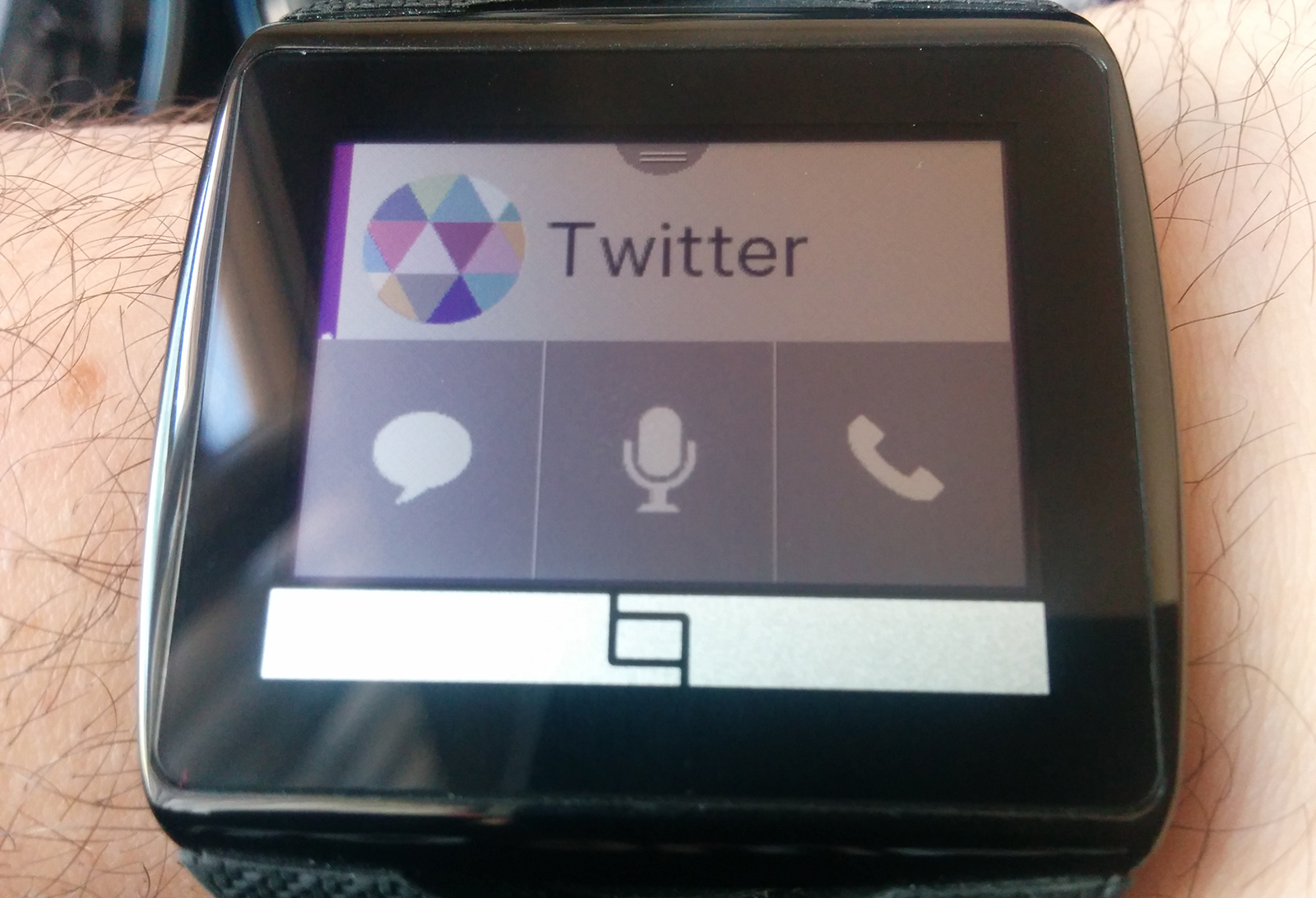 Otherwise, it was a very welcome thing to see added to the Toq and simply makes the platform as a whole even more competitive against what is out now or expected to come from other companies. In fact, I would say that companies that have chosen to implement the Toq platform, including the Mirasol display may actually have a significant hand up on their competitors because this platform has been very well perfected by this point, even though Qualcomm still hasn’t said anything about that iOS support they talked about back in September. With iOS capability and a higher quality design (not all plastic) anyone could pick up this smartwatch as a platform and do some amazing things, really. Which reminds me, we’ve already contacted Qualcomm about this, but the screws on our Toq have started to rust a bit which according to them is the first time they’ve seen such a thing happen but may be an indication that Qualcomm needs someone to pickup this platform and do it with very high quality materials.

Either way, there’s a reason why the Toq is still my preferred smartwatch of choice, and that’s simply because it provides the most reliable base level of functionality while still improving little by little every few months. I’m just excited to see what’ll happen once someone like HTC, Samsung or LG picks up this Toq platform and does something interesting with it, but as with all things, that takes time.