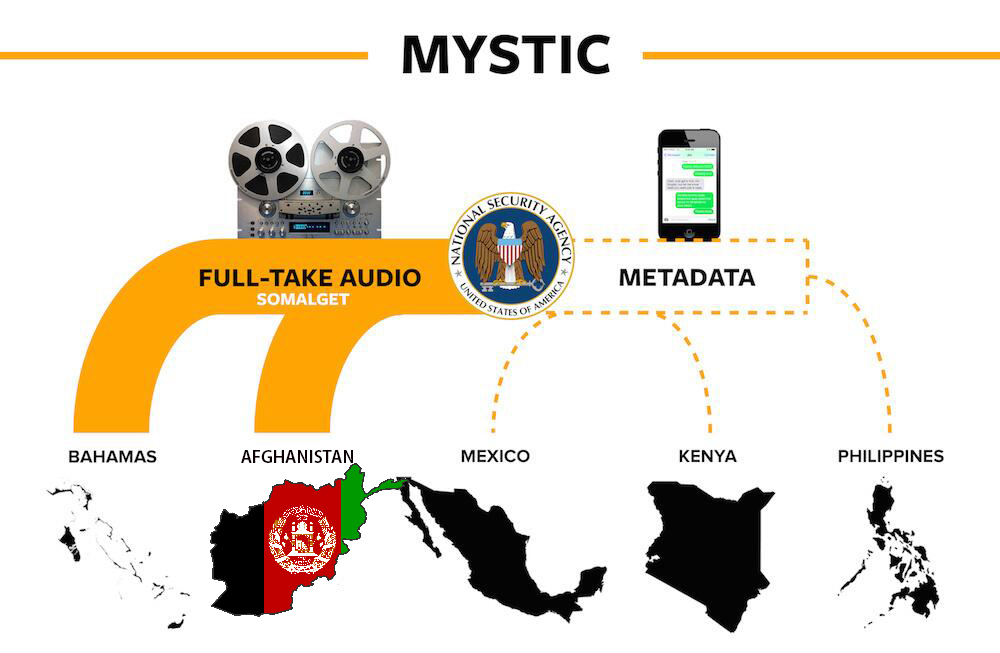 According to the latest release by Wikileaks, the NSA is recording all calls coming in and out of Afghanistan. They reported this even though other publications and journalists strictly opposed to releasing the name of Afghanistan in their disclosures that the NSA was recording all calls in the Bahamas. Under a week ago, The Intercept (Glenn Greenwald and co.) along with Wikileaks and a few other publications had disclosed that all cellular calls were being recorded by the NSA and that there was another country that had yet to be named that was getting a similar treatment. However, The Intercept refused to publish the name of the second country for fear that it would cause actual and gave harm to people’s lives if that country’s name were to be released.

However, Wikileaks did not agree with The Intercept and The Washington Post on the Afghanistan topic and chastised them publicly on Twitter for not wanting to disclose the name of the second target country, even though Wikileaks did not believe that the truth should be withheld or that knowing the truth would actually affect anyone’s lives or put anyone in danger. The Washington Post and The Intercept both chose to withhold the name of the second country but really, it seems quite pointless to have done so if Wikileaks was already going to release that information. Additionally, I don’t quite understand how The Intercept and The Washington Post necessarily rationalized that releasing Afghanistan’s name would somehow endanger lives. If anything, it would merely result in the US being pushed out of Afghanistan sooner rather than later, which is already an inevitability as it is already.

Not to mention, the Afghani people have the full right to know that the US is effectively spying on all of their cellular communications without their consent. They are already living with a heavy US military presence but in addition to that, everything they’re doing is effectively being monitored by the NSA and likely passed on to the military and CIA who are partaking in drone strikes. Overall, this information is certainly not surprising, but it is still quite worrying that the NSA is capable of spying on an entire country’s cellular communications and record every bit of it as well. Also don’t forget that the NSA is also collecting metadata on people in Mexico, Kenya and the Philippines as well. None of this is surprising, but the sad part is that the NSA is allowed to continue to violate people’s electronic privacy in the name of ‘national security’.

It will be interesting, however, to see how the US’ dipolmatic relations and military engagements with the aforementioned countries will be as a result of this disclosure. No, I don’t think people’s lives are in danger, just the political climate is a bit more difficult than it was a few days ago.