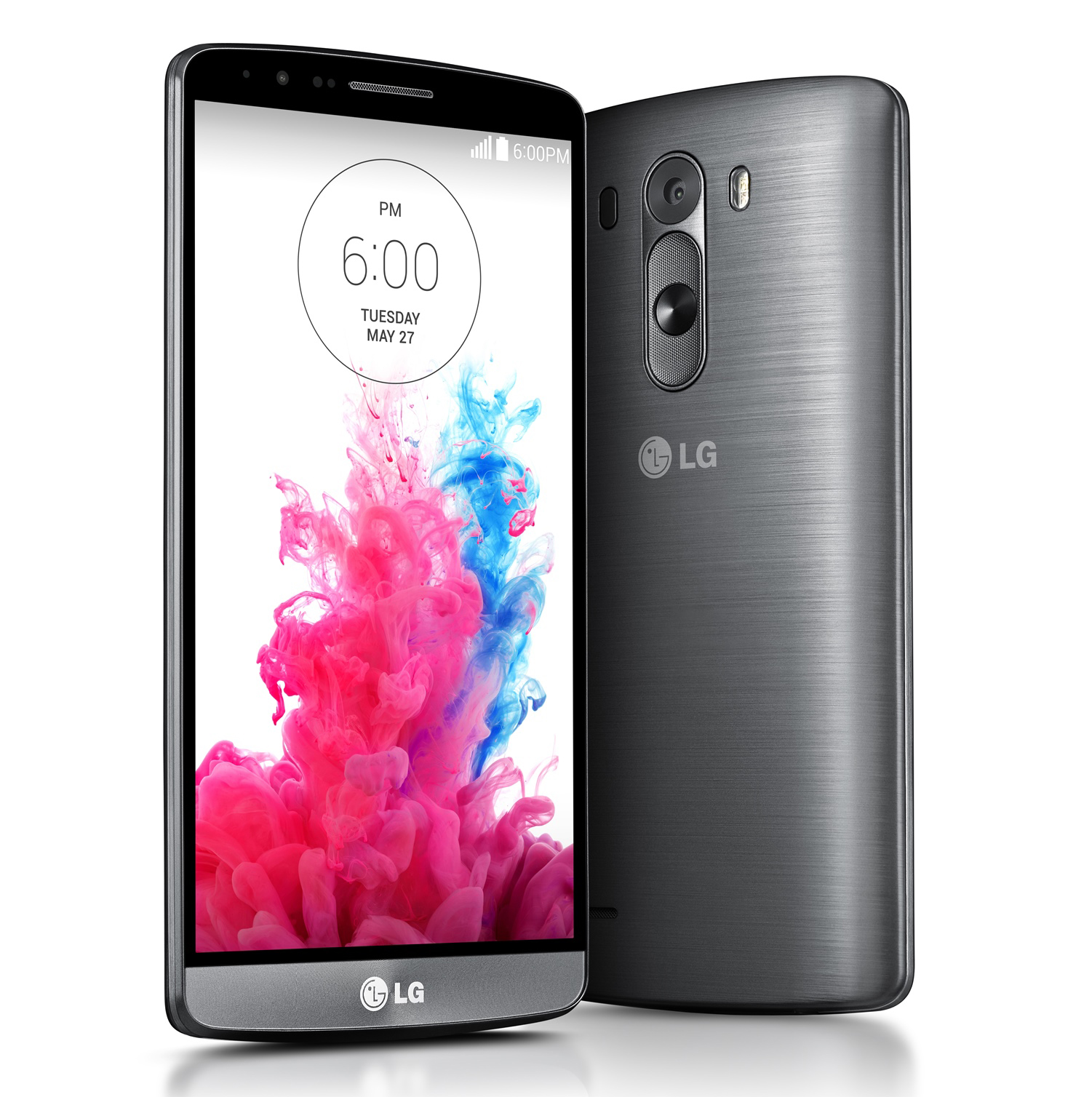 LG has finally announced their new LG G3 smartphone/phablet. As many had expected, the LG G3 does indeed sport a 5.5″ QHD display with 2560 x 1440 resolution, resulting in a 539 PPI pixel density. LG, however, rejects the claims that this phone is a phablet as they believe that the overall smaller bezel size makes this phone feel like a standard 5.1″ phone. It also has the expected Snapdragon 801 (not the faster Snapdragon 805 we just benchmarked) and LTE and 802.11ac/b/g/n connectivity. It will ship with Android 4.2.2 just like the LG G2 that came before it, and frankly I wouldn’t expect it to run much if any faster than the Snapdragon 800 in the G2 because of the much higher resolution display. 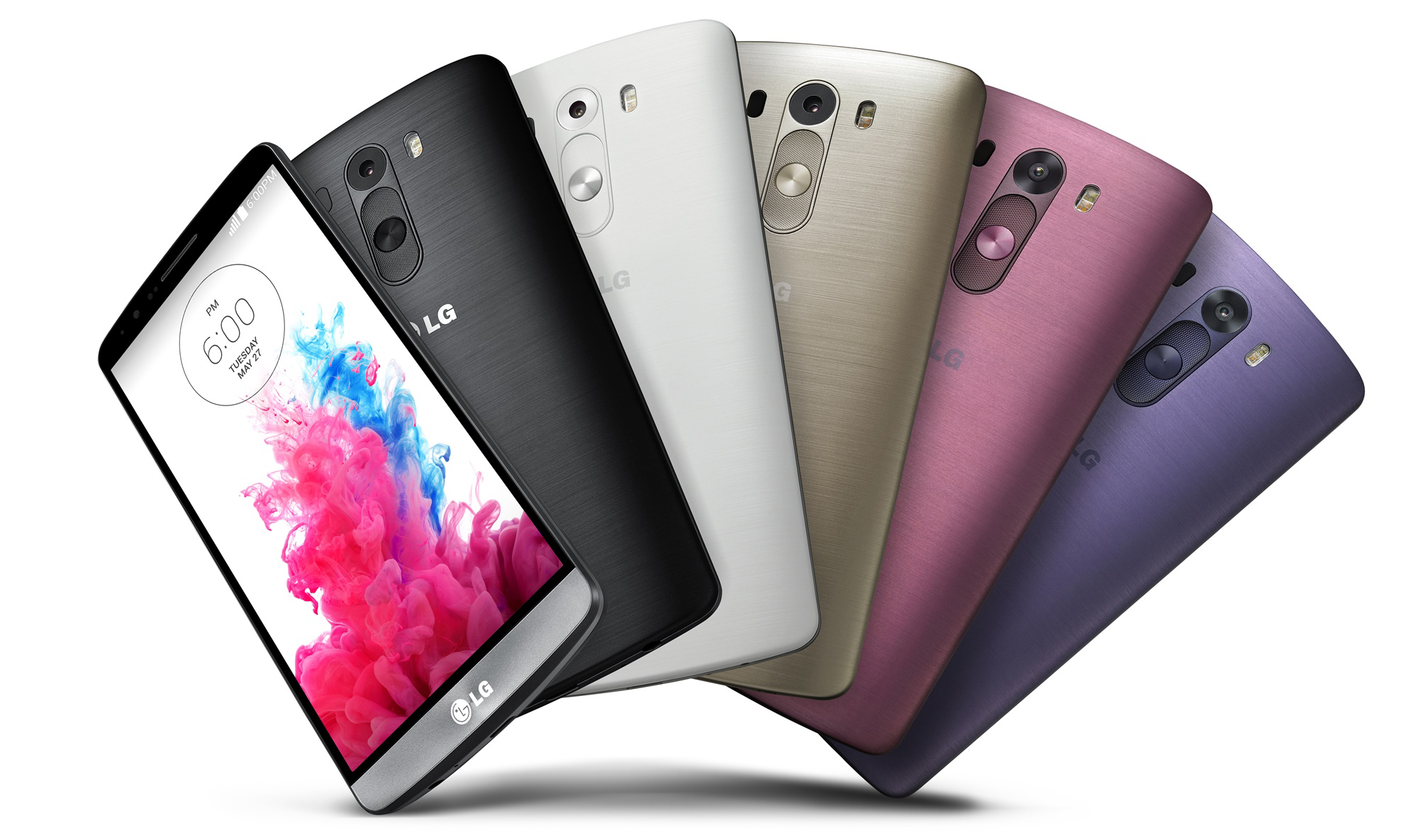 The LG G3 in many colors

LG has also improved the camera on the phone greatly by reducing the focus time to 276 miliseconds, so essentially in 1/4 of a second. They also improved the camera’s optical image stabilization (OIS) by 20% which means that it will be even more stable in taking long exposure photos or when recording videos. The G2 already did this pretty well with the 13 MP camera it had (which the G3 also apparently has). There are also some software improvements in the G3 to make using the LG G3 more photography friendly, but merely in incremental ways. 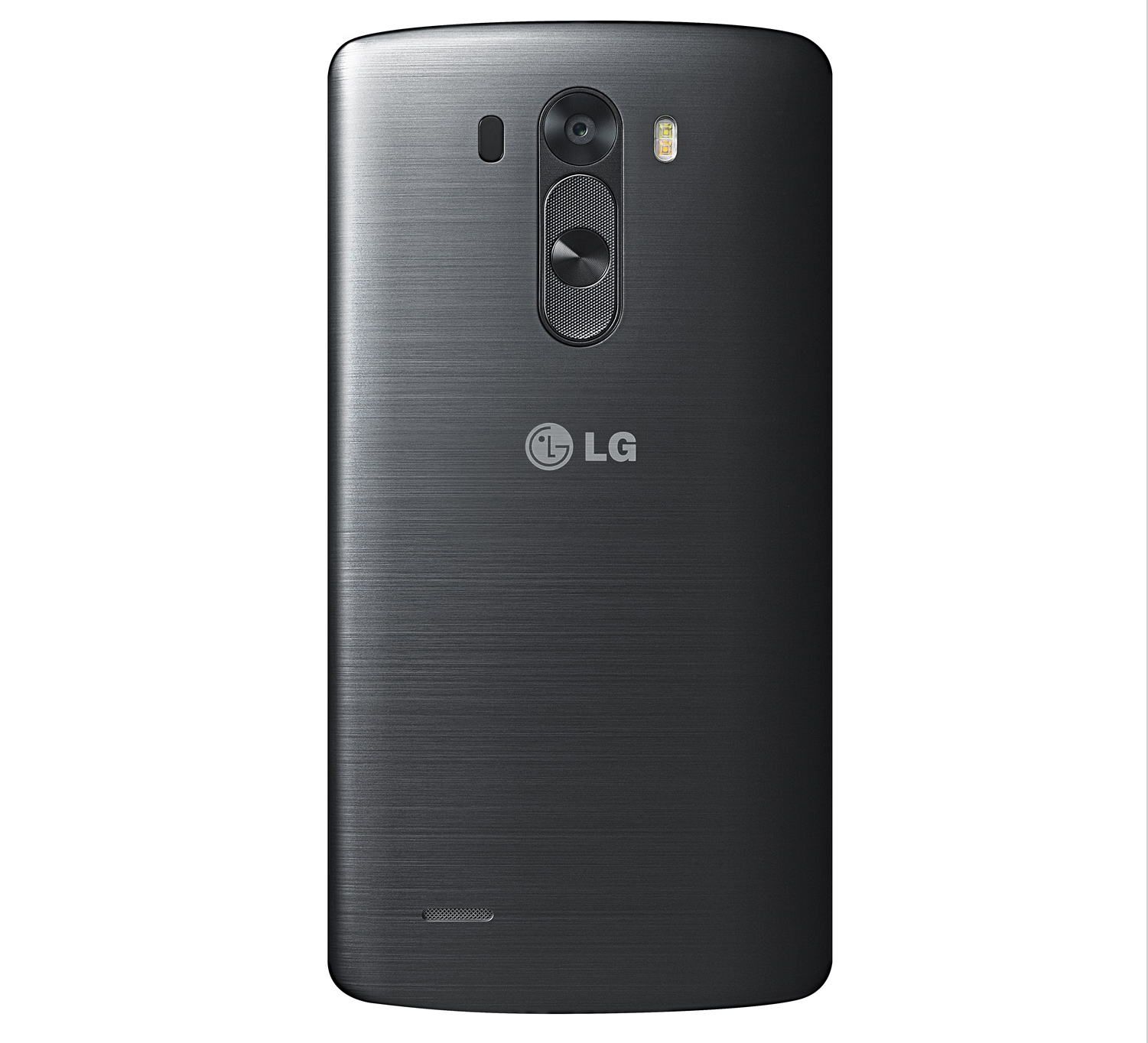 The back of the LG G3, with the dual LED camera and buttons and speaker

The LG G3 also sports the same battery as the G2 had, with a 3000 mAh battery, however, LG opted to include MicroSD card support in the G3, which means that you can use an SDXC memory card up to 128 GB in your phone if you absolutely find it necessary. Just keep in mind that SD card corruption is possible with Android phones and any data you have on there that isn’t backed up elsewhere could easily be lost and be completely unrecoverable. The phone will come in 16GB and 32GB variants, still without a 64GB variant, which is fine considering that users that really want serious capacity can spring for a microSD card slot.

In terms of design itself, the phone is still made of plastic but has a ‘polished metalic skin’ that makes the phone appear as though it is made of metal like the iPhone or HTC One M8. It also follows HTC’s design cues by making the back of the phone curved so that it fits more comfortably inside of users’ hands and simultaneously provides for more space to fit things inside of the phone. This is a welcome improvement from the G2, but isn’t necessarily anything groundbreaking in terms of design or functionality. The buttons are still on the back of the phone, and they are also improved over those that were found on the G2.

LG also completely redid the software on the LG G3, by completely overhauling the G3’s UI to appear much cleaner, refined and simple. They’ve added some unique features to the phone that are designed to compete with some of their competitor’s unlock features. The LG G3 features a knock code feature which allows you to unlock your phone with a specific series of taps. This is obviously more complicated than HTC’s double tap, but it also allows for the phone to be completely unlocked from a sleep state. However, this is still not anywhere as nice as Apple’s or HTC’s simple fingerprint sensor which works with a single swipe. The LG G3 will also feature a Kill Switch, which we’ve been opposed to from a perspective of misuse by security agencies, but you can kill your phone remotely if you lose it or it gets stolen. While many details about the LG G3’s Kill Switch weren’t given, they did say it would allow for the phone to be ‘disabled’, locked, and wiped remotely but didn’t talk about how such features would be managed. 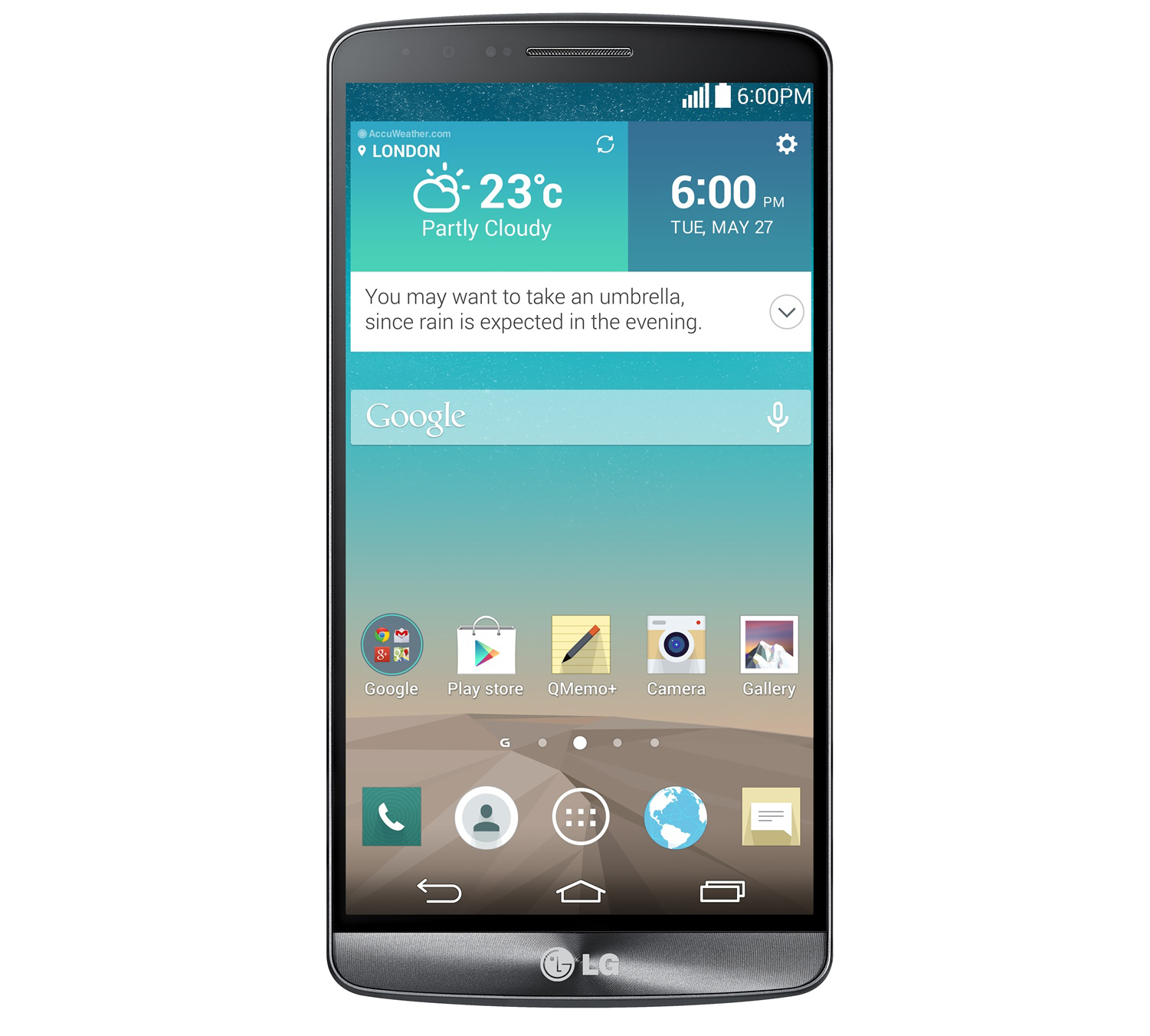 And yes, the LG G3 will have wireless charging capabilities, which means that even though the phone has a ‘metalic skin’ it will still be able to charge and may actually be one of the reasons why LG went with a plastic body and metal skin instead of a solid metal construction like HTC and Apple. Speaking of that, today we also got news that LG is officially the third largest smartphone manufacturer in the world as of Q1 2014, which indicates the company’s efforts are paying off and that their quality products and design are resonating with a global audience. Hopefully we’ll get our hands on a G3 soon so that we can review it and let you know how fantastic that display really is and whether or not the Snapdragon 801 inside of the phone is capable of coping with a 2560 x 1440 display.