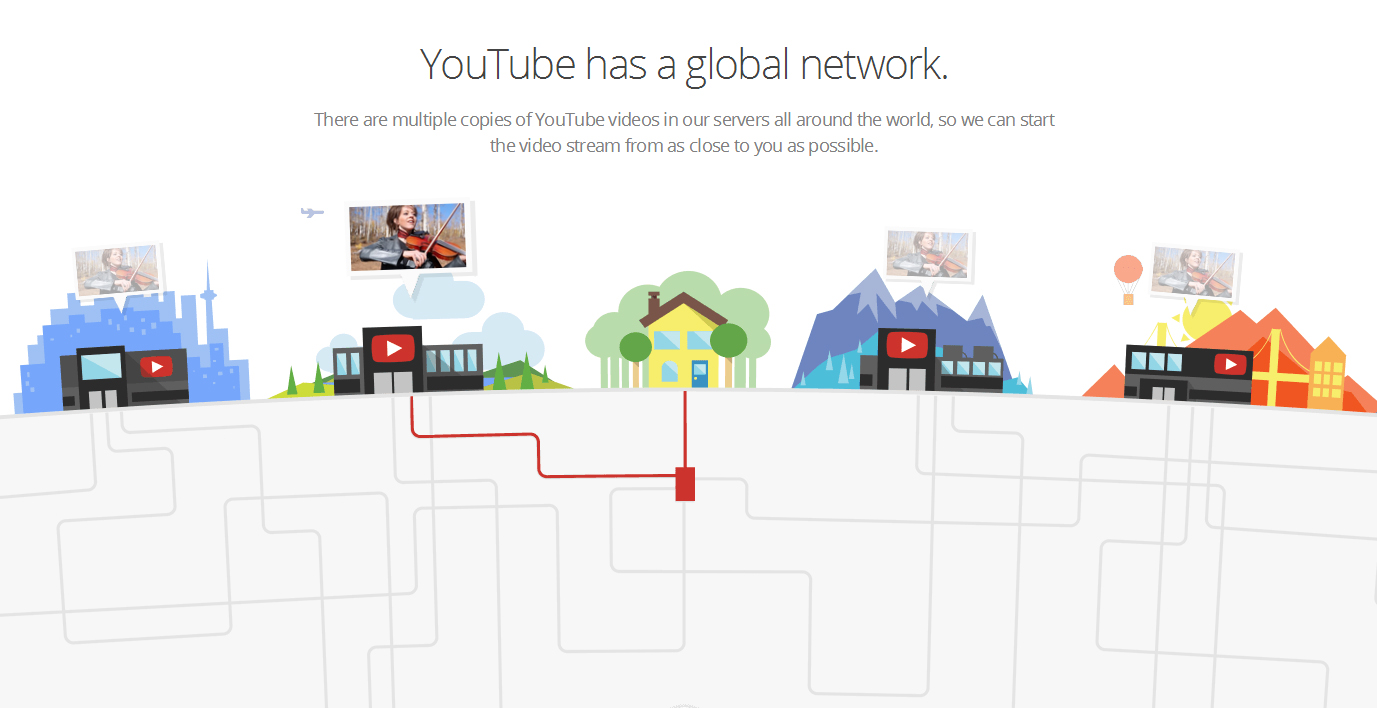 Google has finally released their findings of their ‘Google Video Quality Report‘ that we had talked about earlier this year which is really their YouTube Video Quality Report. Essentially, what Google went around and did was monitor which ISPs were delivering the best quality video service to their customers and how many of them were streaming in High Definition 720P (HD), Standard Definition 480P (SD) and Lower Definition sub-480P (LD). Google’s test takes a look at people’s video usage and how much of the overall video usage is HD video and then determines which ISP is capable of delivering HD video at a consistent level throughout the course of the month and the day. A simple explanation can be seen from the video Google has provided below.

Now that you’ve seen this polite and bubbly video that basically blames certain ISPs for causing video quality issues, you can also take a look at our own screenshots of Google’s YouTube Video Quality Report. Since we’re in San Diego, this report will mostly be Time Warner, Cox and AT&T Uverse since those are the three primary ISPs available in the entire county of San Diego. Additionally, we do have Webpass as a smaller ISP but they haven’t quite broken out into a major local ISP just yet. Even so, Webpass is clearly the fastest ISP in San Diego, which is why they share the YouTube HD Verified title along with Time Warner Cable and Verizon. The reason why Verizon is even on this list is because Verizon (unclassified) is actually Verizon’s business line service which tends to be fiber and is not offered in residential areas in San Diego. Not to mention, most of San Diego is served by Time Warner Cable and Cox with U-Verse coming in as a last option. Webpass is available, but they are slowly deploying their 100 Mbps service across the city but only to targeted areas where they can get a lot of customers with a single installation. 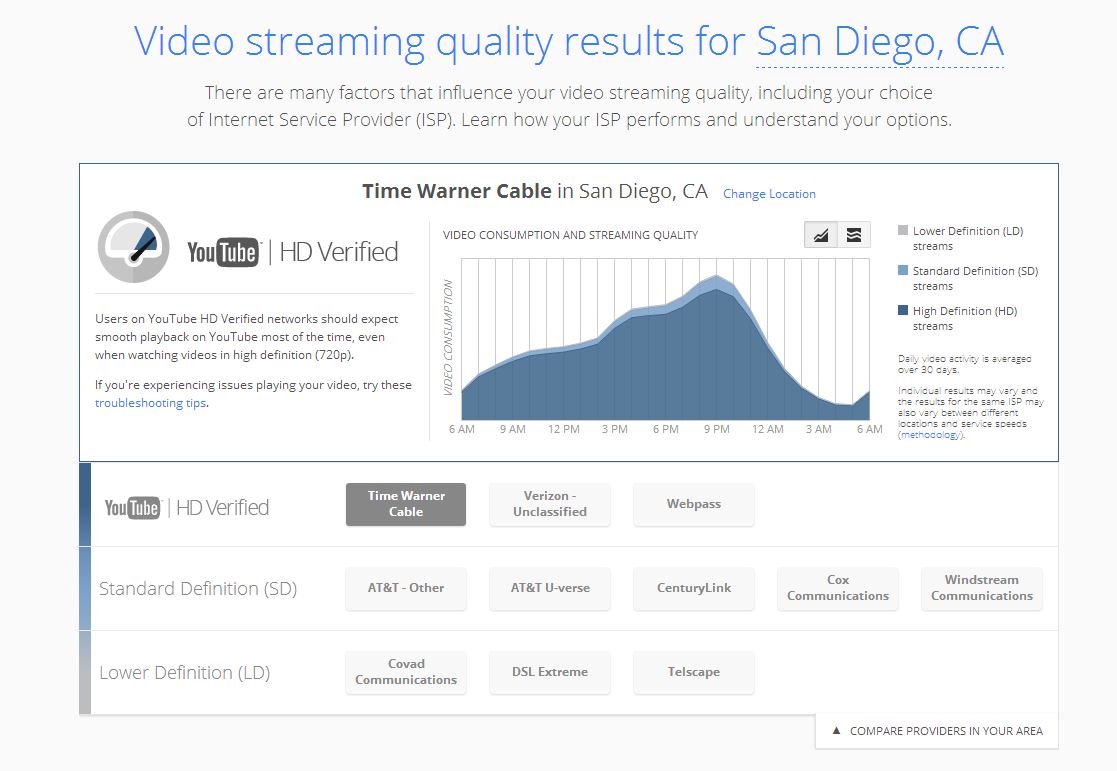 As you can see, both AT&T’s Other (likely business) and U-Verse services are only deliver SD quality YouTube streaming bandwidth, along with CenturyLink (formerly Qwest) and Cox Communications. CenturyLink and Windstream are both delivering bandwidth to commercial customers, so naturally there isn’t going to be much traffic in the evening like you would see from Time Warner Cable, Webpass, AT&T or Cox. It is very easy to tell which ISPs are commercial and which ones are residential purely by the peak hours of usage.  Below, we’ve included all of the HD and SD charts because results will vary depending on where you live and some of you won’t be able to replicate this unless you manually change your location to San Diego and that isn’t linkable.