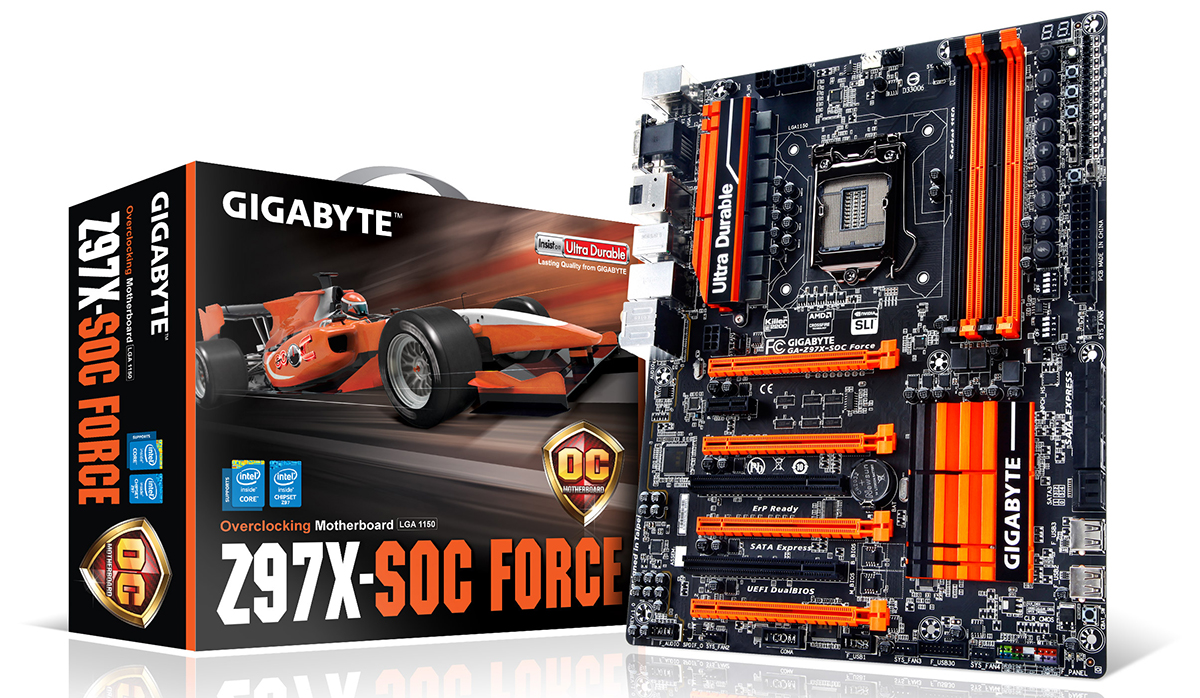 As you would expect, Gigabyte has announced their new line of 9 series Intel chipset motherboards, with the primary focus being on their Z97 chipset motherboards. This time around, Gigabyte will have four different flavors of Z97 boards, which will support both 4th and 5th generation Intel Core processors. Gigabyte has rolled over a lot of the things from their Z87 line of motherboards, but also made some modifications and improvements to make the Z97 a worthwhile upgrade.

Gigabyte’s four different lines are their Gaming line, Ultra Durable line, Overclocking line and a new Black Edition line. The bulk of Gigabyte’s boards are going to be in their Ultra Durable line, which comes as a result of the fact that Gigabyte has decided to do away with the Ultra Durable numbering scheme, a good decision. In addition to that, Gigabyte is bringing more and more of their gaming and overclocking premium board features into their mainstream Ultra Durable line of boards. This is a welcome move because it simply improves the overall value of buying virtually any Gigabyte board. Some of those features include improved audio codecs and isolation as well as dual NICs and other gamer-focused innovations. 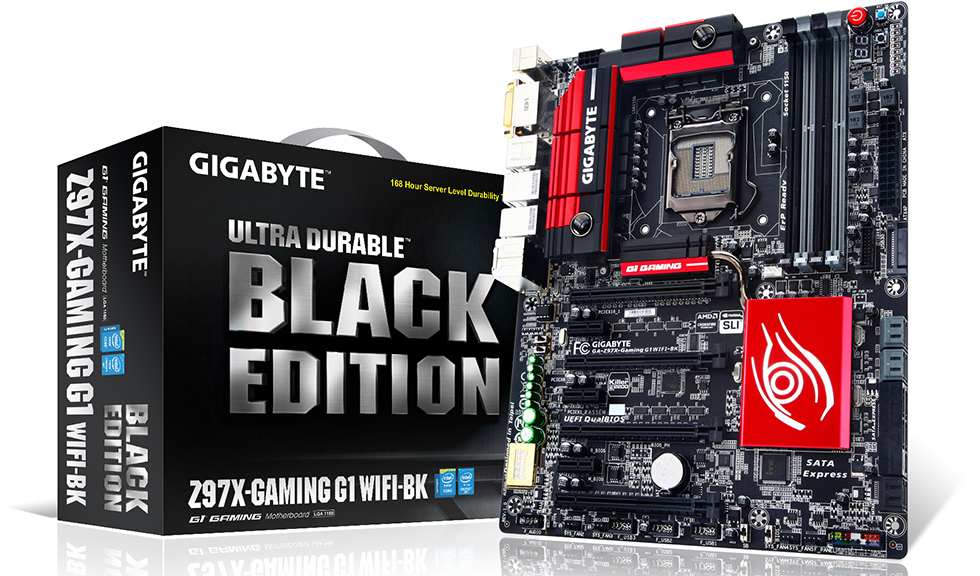 However, in terms of excitement, Gigabyte’s most interesting announcement was the announcement of their Z97-OC LN2 board which is strictly an LN2 overclocking motherboard (or HE3). This board is especially interesting because of the way it was designed for optimal memory overclocking. This board recently broke the world record for the fastest memory, ever at 4.5 GHz, beating the previous record of 4.4 GHz on an ASUS board. It is a bit curious, though, that this new record isn’t being posted on HWBot, but maybe it will shortly… This Z97-OC LN2 board is special because it only has two memory slots and no mounting holes for the CPU. Because of these two major design decisions, this board is capable of overclocking memory higher than any board before it. And it was all done using Kingston memory, too.

The rest of Gigabyte’s line pretty much stays the same, gaining a few incremental upgrades here and there with the addition of M.2 connector and SATA Express support with the Z97 chipset. Obviously, not all boards will have these features but they will come and go through the product stack. The only new addition to Gigabyte’s line of boards are their Black Edition boards, which are Gigabyte’s premier quality boards designed and tested to last. All of Gigabyte’s Z97 Black Edition boards are designed for the ultimate durability, enduring 168 hours of grueling testing before being sent out to the customer accompanied by a 5 year warranty. Currently, Gigabyte only has three Black Edition boards, starting with a UD3 board, followed by a UD5 and finally completed with a G1 Gaming Z97 board which pretty much fills the Black Edition lineup with boards from all three different price and feature levels from Gigabyte.