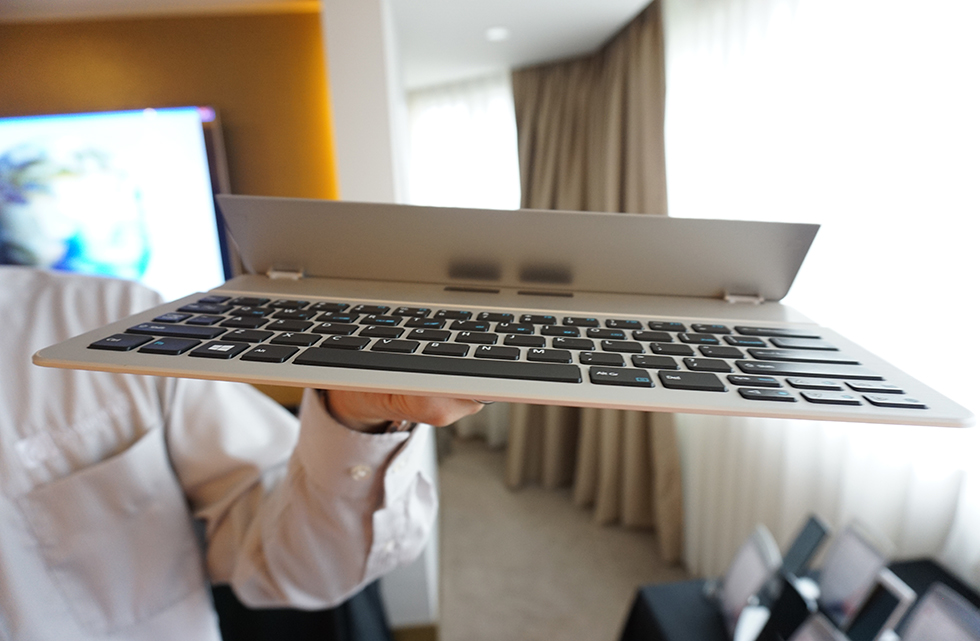 We sat down at Computex 2014 with Synaptics’ Godfrey Cheng and Scott Poole to talk about the company’s latest innovations, including their developments with their Forcepad. I was personally unaware that Synaptics’ first generation Forcepads actually had glass built into the touchpad to enable the Forcepad to work correctly and evenly distribute the pressure. However, the new generation of the Forcepad is capable of measuring the smallest amount of pressure at every point and no longer uses glass, making the touchpad more flexible, less breakable, and thinner than the previous generation.

We also got some hints that the company might be working on some interesting fingerprint tech that hasn’t yet been seen in products before, but will make using any computer with it much faster and more secure.

Now, getting to their Thintouch keyboard, as you can see in the image above, it looks like just any normal keyboard. But then once you close the switch, the keys disappear into the keyboard. 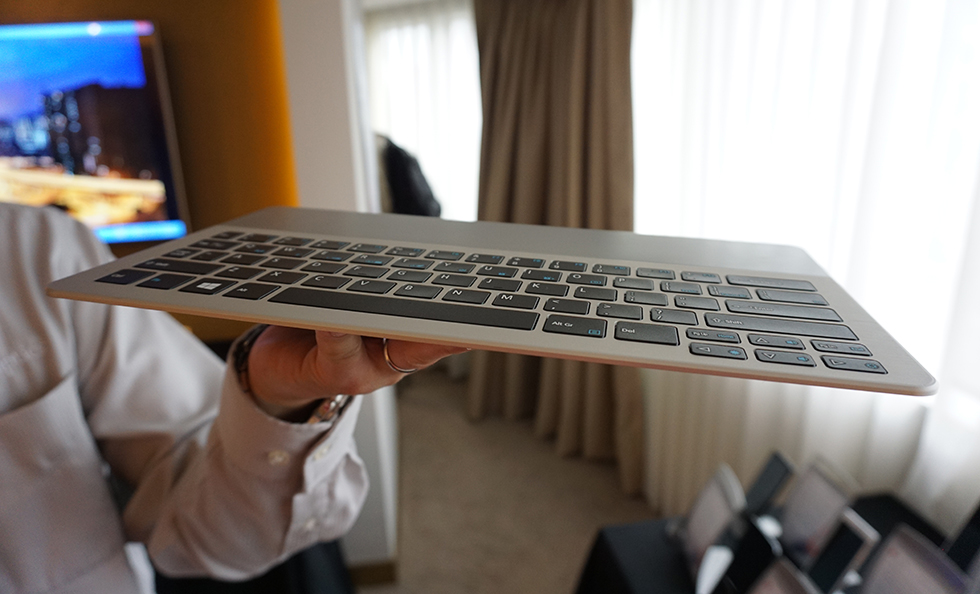 We sat down with Synaptics’ Godfrey Cheng so that he could explain this new keyboard technology to us and exactly what they believe it can do well. We’ve got a video of this technology in action so that you can see it for yourself, beyond just looking at the photos of the Thintouch keyboard we’ve taken.

This new Thintouch technology looks like yet another innovation from Synaptics that will enable even better user experiences, with the current target being 2-in-1 systems where a keyboard would be rendered useless in certain scenarios. Some current scenarios would be tablets with attached bluetooth keyboards or notebooks that transform into tablets where you don’t want the keys to get pressed or become a nuisance when being used in tablet mode. It will be interesting to see how manufacturers utilize this tech in their 2-in-1 devices in order to make their keyboards better, which they still are working on, as could be seen from Microsoft’s Surface Pro 3.