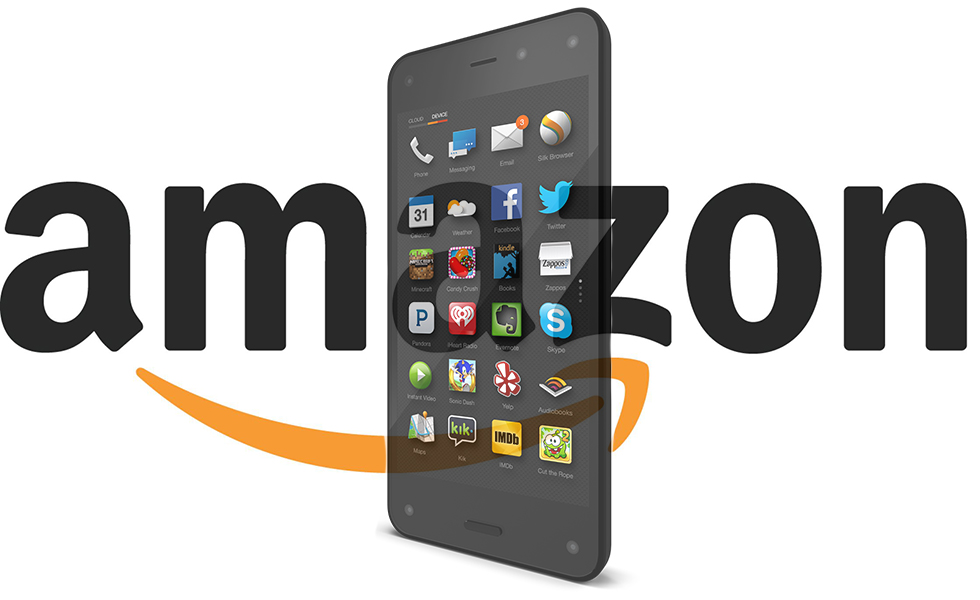 So, everyone’s been eagerly awaiting Amazon’s Fire Phone for many months, that includes the rumors that they were shopping around for hardware partners as well as possibly launching with AT&T, which we now know as true. There were countless rumors stating that Amazon would build a 3D-capable phone, likely leaked by none other than Amazon. Even though we repeatedly stated that it would likely not be a 3D display but rather a 3D-like effect that you can find with HTC’s One M8 3D parallax effect using the phone’s accelerometer and gyroscope to help the GPU render based on the person’s perspective. 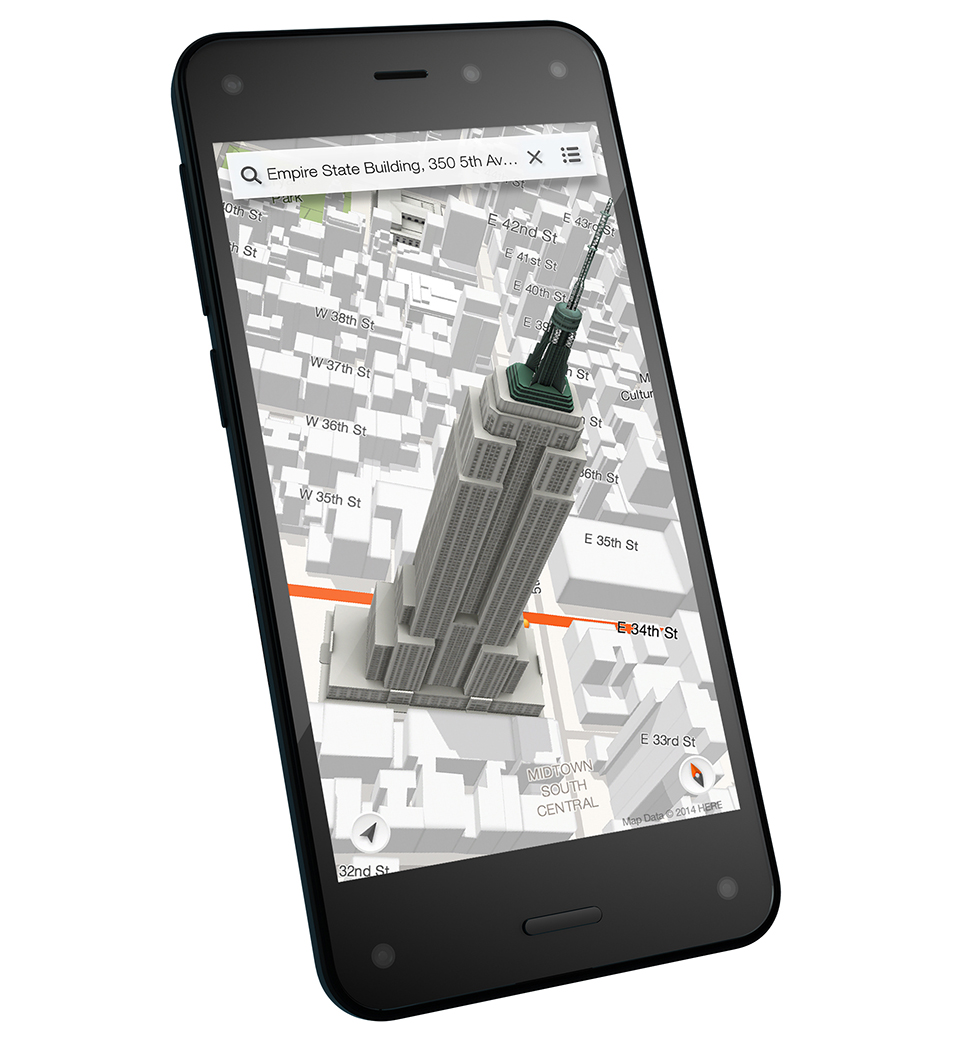 The phone is jam packed with lots of software features that some might consider bloatware or fluff. First we have the aforementioned 3D-effects, then you have the web browser scrolling using the tilt of the phone. With the use of their Firefly feature, Amazon will get an ever more detailed picture of what their consumers are doing on a daily basis and can create a media consumption picture of that person. Additionally, the Fire Phone effectively functions as a very high-end Amazon shopping device with all of the features that it enables through Firefly and other apps. Sure, it has Amazon’s Mayday feature that is supposed to help you with your problems within 30 seconds of pressing the Mayday button, however if you ask anyone that’s had problems with their phones before there’s a very low likelihood that a Mayday button will be reachable if there are any serious issues with the phone. You also have to remember that you are stuck with Amazon’s marketplace, meaning that they are going to be making a pretty significant amount of money off of each and every one of your app purchases, and yes, Google does this as well but Google is not the manufacturer of your phone in most cases but rather the facilitator of the OS and core apps. Amazon is clearly trying to create a full ecosystem with this phone and they want you to pay for it too, unlike they’ve done with their Kindle Fire tablets which have been top-notch (or close to it) hardware for very little money. Just remember that buying this phone means that you don’t have full access to the Google Play store unless you side load it (if they let you).

So, what are we talking about here in terms of phone specs? Nothing really crazy, a 4.7″ display at a measly 1280 x 720 resolution, much like the previous generation HTC One (M7). It also sports a 2.2 GHz Snapdragon SoC with an Adreno 330 GPU, most likely making it a Snapdragon 801 SoC. This would already render this smartphone somewhat outdated because Samsung is preparing to launch their Galaxy S5 Prime (LTE-A) relatively soon with a Snapdragon 805 and we will likely see more Snapdragon 805 devices later this month, according to our sources. It will also have 2GB of RAM, which is already considered on the mid-range for most devices as many Android devices are starting to ship with 3GB and 4GB of RAM on the high-end 0r in tablets. All of this will be powered by a 2400 mAh battery, making it a fairly decent battery life expectation when compared to most other phones, unless that 590 nit brightness on the display will actually negatively impact battery life, which it logically should. It will have a fairly decent 13 MP camera which sports an f/2.0 5-element lens as well as optical image stabilization (OIS) and feature a camera hardware button that is designed to allow the user to go direct to the camera in order to save time in capturing photos. As a backup to the camera, Amazon is also offering unlimited photo backup storage for the Fire Phone so that you don’t have to worry about ever losing your images. The phone sports a dual speaker stereo sound setup as well as Dolby Digital support and unique anti-tangle magnetic headphones to eliminate tangled cables. The standard Fire Phone ships with 32GB of storage so you don’t have to worry about running out of space, even though there is no mention of any microSD external storage support. There is also a 64GB version of the Fire Phone available for an additional $100 on top of the standard price of the phone. 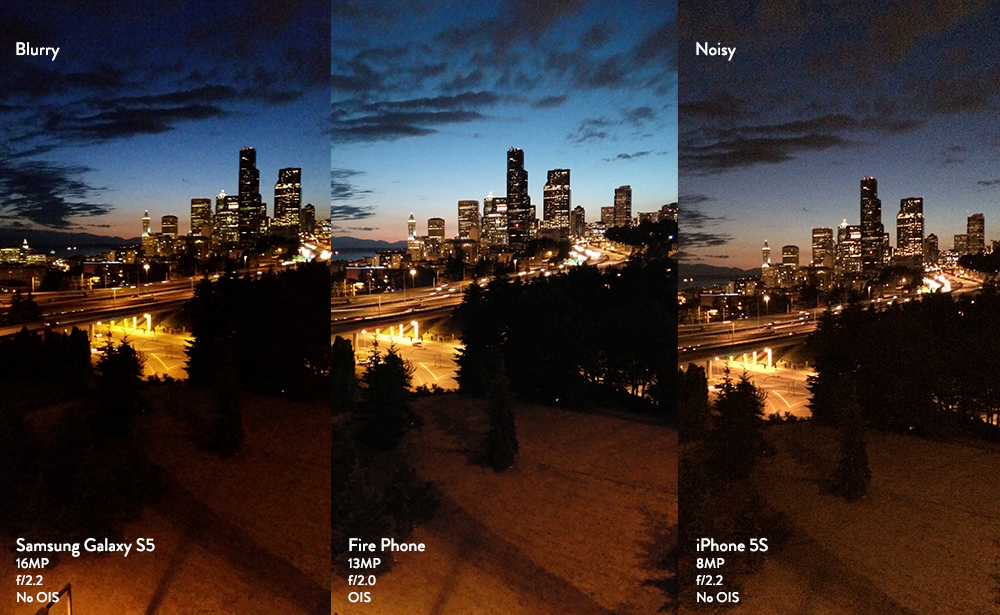 That leads us into the biggest problem about this phone. Amazon’s go-to-market strategy and price. Amazon is pricing this phone at $199 with a 2-year contract on AT&T and will not be making this phone available on any other carriers. Additionally, if you wish not to sign a 2-year contract for this phone, you can always pay the $649 up front (32GB version). The problem with this strategy from Amazon is that they are quite literally building a phone that doesn’t appear to be any more unique than their competitors’ devices but at the same time mines the hell out of their customers’ data like its going out of style. Sure, Google already does quite a bit of this on their own with the Android OS, but Amazon is essentially making you pay $649 for an Amazon shopping device with all of the ‘features’ it has. And yes, for a limited time you will get a year of Amazon Prime for free with the Fire Phone.

Sure, Amazon has released a fairly decent phone in most respects, there’s no denying that. But the choice that Amazon made to go with AT&T and to price it like they have clearly indicates that they believe their brand is strong enough that they can survive on a single carrier and selling their device at the same price as the iPhone 5S, HTC One M8, LG G3 or the Samsung Galaxy S5. Frankly, I know a lot of people that have Kindle Fire tablets and I’m not too sure many of them want a FireOS phone to complement it, nor do they (or I) believe that Amazon’s current offering is strong enough to be priced equally among Apple, Samsung, HTC and LG. Amazon’s ego is clearly bigger than they realize and by having gone to market like they have, they’ve almost certainly doomed themselves to failure. That is, unless AT&T has a significant amount of skin in this game and stands to profit significantly more from any Amazon Fire Phone over all other devices that the sell. Be that through revenue share of device sales or through digital transaction sharing, either way, if a device isn’t available on all carriers the likelihood it will be successful is VERY narrow, with the iPhone being the only exception. And the Amazon Fire Phone is no iPhone.

The phone will be available starting July 25th, an oddly distant way away for a phone launch, seeing as we’re more than a month from that date today.