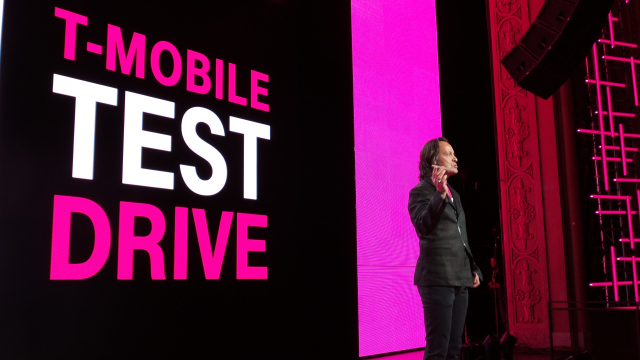 So, last night T-Mobile made a lot of announcements with their new Uncarrier 5 event, that follows their Uncarrier 3.0 and 4.0 which eventually rolled into their Uncarrier 6 strategy as well. So, we can call last night’s event Uncarrier 5-6. Anyways, last night T-Mobile made three big announcements, mostly circled around their network and how they plan to make their network the best in the US at the most reasonable prices of all their competitors. 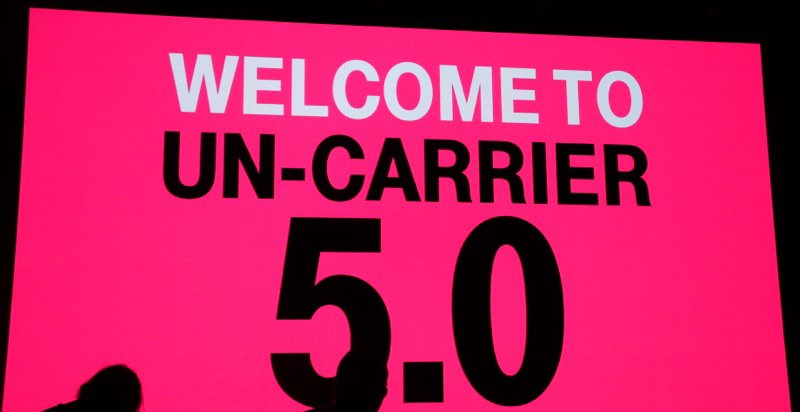 Let’s talk about one of the most interesting things T-Mobile has announced so far at the event, and that’s their 7 day free test drive of T-Mobile’s network. T-Mobile’s John Legere basically announced that anyone that wants to try T-Mobile out can do so with an iPhone for free for 7 days to see whether or not the network is up to their expectations. And even more importantly, if it is better than what they’re getting with their current carrier. With this strategy, T-Mobile is being brilliant because one of the easiest ways to sell people something is by letting them try it themselves. And the truth is that its very hard to know whether or not you want to switch to a carrier without actually trying it for yourself. By giving people iPhones to try out the network T-Mobile solves this problem and already puts a device in people’s hands that they’ll likely want to keep anyways. This is something that none of the other carriers are doing and brings down the barrier for consumers to test out the network before they commit, which many people worry about when it comes to T-Mobile. T-Mobile was infamous for horrible coverage and nowadays, most of those issues are resolved but some people don’t know that and this is a perfect way for people to test that out. 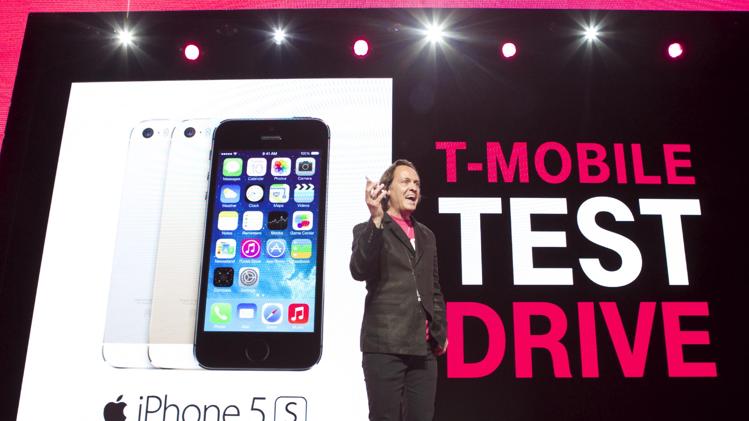 In addition to the T-Mobile 7 Day Test Drive, they also announced that they would be further accelerating their rollout of VoLTE and the initial roll-out of Wideband LTE which is just 15 MHz+15 MHz carrier aggregation feature that should allow speeds in excess of 100 Mbps. T-Mobile has tested speeds that nearly read 150 Mbps, but unfortunately for my market T-Mobile is limiting users to 40 Mbps, which makes it a bit difficult to use any sort of Wideband features, even if my phone’s cellular modem supports it.  Currently, 16 of T-Mobile’s markets have enough spectrum to be able to support 15 MHz + 15 MHz carrier aggregation and they will rapidly continue to roll this out as they continue to update their network. It is nice to see the carriers finally supporting carrier aggregation as devices like the recently announced Samsung Galaxy S5 LTE-A will make good use of the network’s carrier aggregation features.

The below image is a Speedtest that someone took while at the T-Mobile Uncarrier 5.0 event, Myriam Joire, who was able to test with the network that was available inside the venue. We’ve got permission to use this screenshot so that you guys can see for yourselves exactly what kinds of speeds are possible in the near future or right now depending on where you live (see the list above). 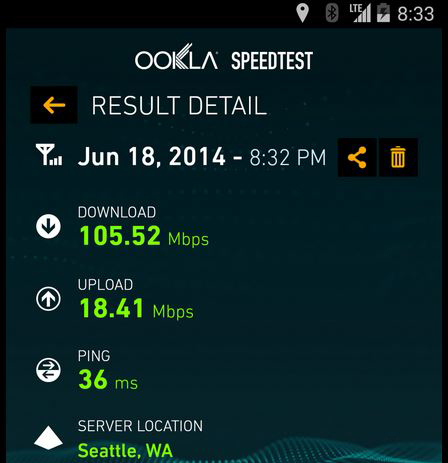 There were also a recent set of nationwide speed tests of networks across the country and T-Mobile came in first or second in many of them, including PCMag’s own which found T-Mobile almost on par with Verizon, who charges significantly more and has much less pro-consumer policies. And if you look at the tested speeds below, in the San Diego test you can see that T-Mobile had the best average speeds in all tests which really is what matters most when you talk about network speeds since the average is what you will usually see, as opposed to the top speed or slowest speed. However, in San Diego, T-Mobile is also limiting users to 40 Mbps (as I have been complaining about) and can now confirm that PCMag also had the same experience that I have. 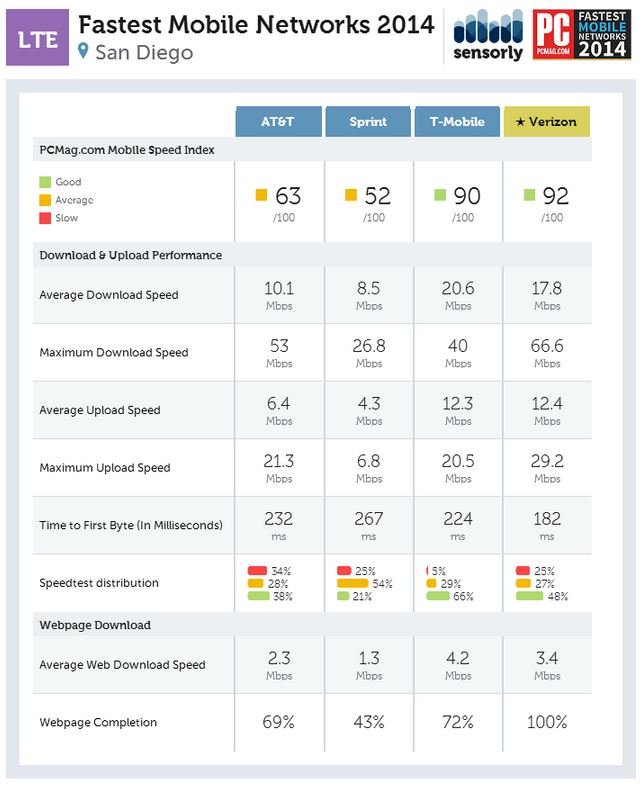 In addition to their accelerated LTE Wideband roll-out, T-Mobile is also rolling out more of their Voice over LTE (VoLTE). T-Mobile is looking to beat their competitors to the punch with their HD voice/VoLTE features that would enable you to have very high quality voice in addition to sharing that signal over your data connection, reducing the amount of radios that have to stay on while a phone is connected to the network. The significantly improved audio will only be available on certain devices, but since T-Mobile announced their VoLTE roll-out they have already launched VoLTE in 15 markets and are expecting to launch nationwide by the end of the year.

In addition to the network improvements and the 7 Day Test Drive, T-Mobile made a pretty significant announcement which they call Uncarrier 6.0 by ‘setting your music free’. Essentially, what T-Mobile is doing is that they are no longer counting music streaming against your monthly data plan if you don’t have an unlimited data plan. The apps that T-Mobile currently will not count towards your monthly data plan usage are: Pandora, Rhapsody, iHeartRadio, iTunes Radio, Slacker, and Spotify. On top of that, T-Mobile will allow users to vote for music streaming apps that aren’t currently included, which will likely add Google Play Music which oddly isn’t included on T-Mobile’s list of ‘approved’ apps. This is a pretty significant move for T-Mobile to make because a lot of people’s data plans get used up quite a bit by music streaming applications, especially Spotify when you use the high quality feature which can chew up a gigabyte a month or more of data on its own.

Overall, all of these developments are welcome ones by consumers, but there are some problems with T-Mobile’s music streaming pertaining to Net Neutrality that we’ll be addressing in another article.