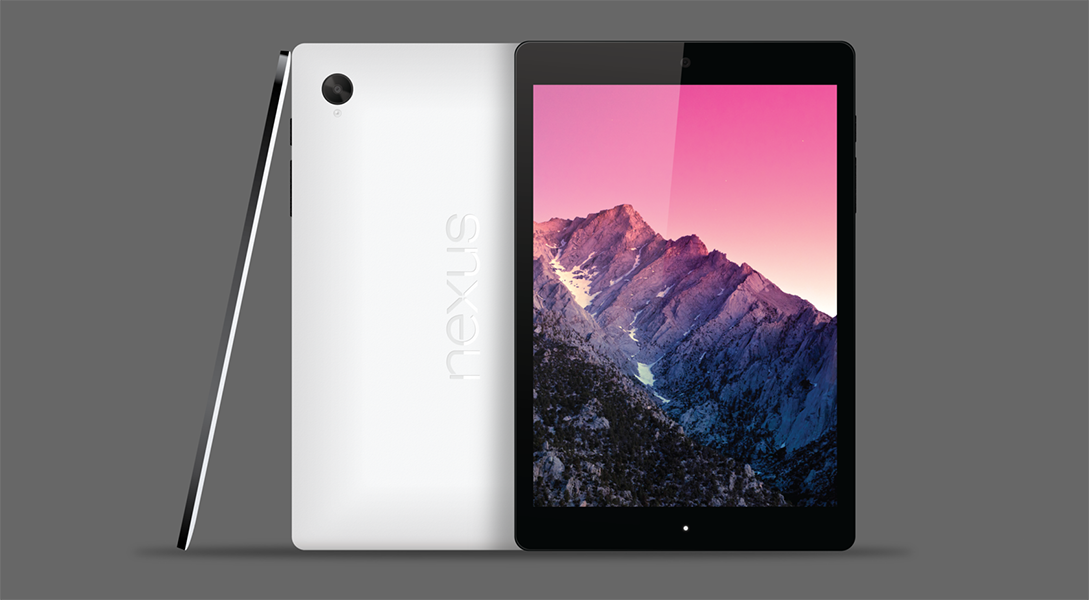 So, everyone was expecting LG to make the next Google Nexus tablet, or maybe ASUS since they’ve also been one of the part Nexus tablet partners. However, you’d be wrong to assume either of those are correct since the next Nexus 9 tablet looks to be coming from HTC and it looks like its going to be a real competitor. The new Nexus 9″ tablet codenamed Volantis (not to be confused with Lady Gaga’s flying dress) was outed by Android Police today with a full image and spec drop of the device. And based upon what we’re seeing, it looks like Nvidia booted Qualcomm out of the latest Nexus tablet as a tit for tat when Qualcomm booted them out of the Nexus 7 in 2013. This 9″ tablet appears to be a direct competitor to Apple’s iPad Mini and will likely pre-empt any updates Apple brings to it with higher resolution or a faster processor.

The Nexus 9 tablet is expected to sport an 8.9″ 2048 x 1440 resolution display which will be a 281 PPI display, higher than any tablet Apple currently offers. It will weigh only 418 grams for the Wi-Fi version and 427 grams for the LTE version, although the LTE modem is still TBD. What else is known about this tablet is that it will have an NVIDIA Logan 64-bit processor, which is Nvidia’s 64-bit custom ARM dual-core SoC. Lots of people have been waiting for this SoC from Nvidia and after some delays it may finally be coming here in the shape of a Nexus device. Interestingly enough, it will only have 2 GB of RAM, somewhat low for a tablet with such a high-end processor. It will, thankfully, have stereo front-facing speakers like most of HTC’s latest phones and NVIDIA’s Tegra Note 7. It will also have a 3 Megapixel front-facing camera and an 8 Megapixel back main camera which appears to look a lot like the Nexus 5 camera. 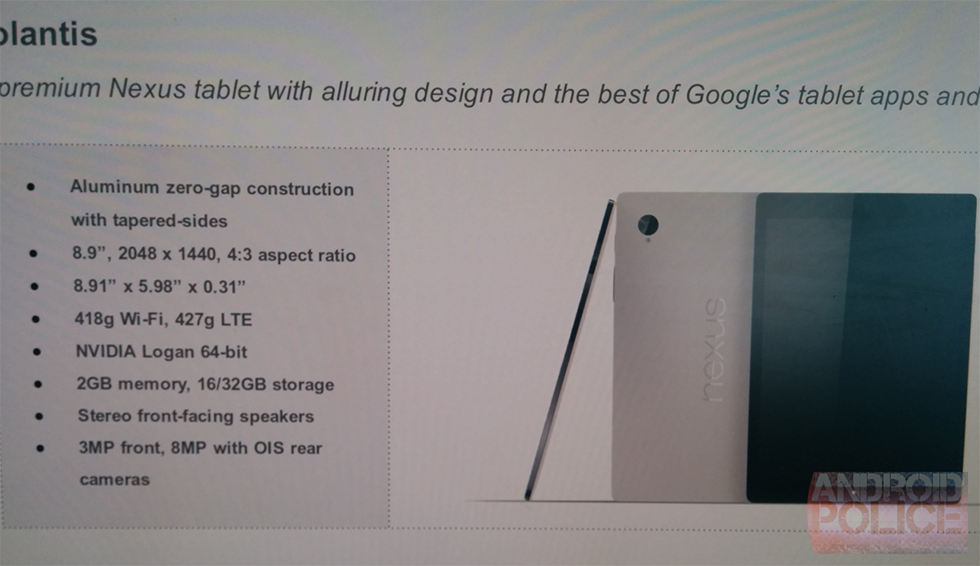 The Nexus 9 will come in 16 and 32 GB flavors which will cost $399 and $499 (more pricey than the 7″ version) and will have an aluminum zero-gap construction. This means that it will be the most premium looking, premium feeling and premium performing device Google has put out to date. The expected launch for this tablet is somewhere around Q4 of 2014, so don’t expect this thing to come out any time soon. If anything, it will probably be a lot like the Nexus 5 launch, a mad dash that is a result of some leaks.