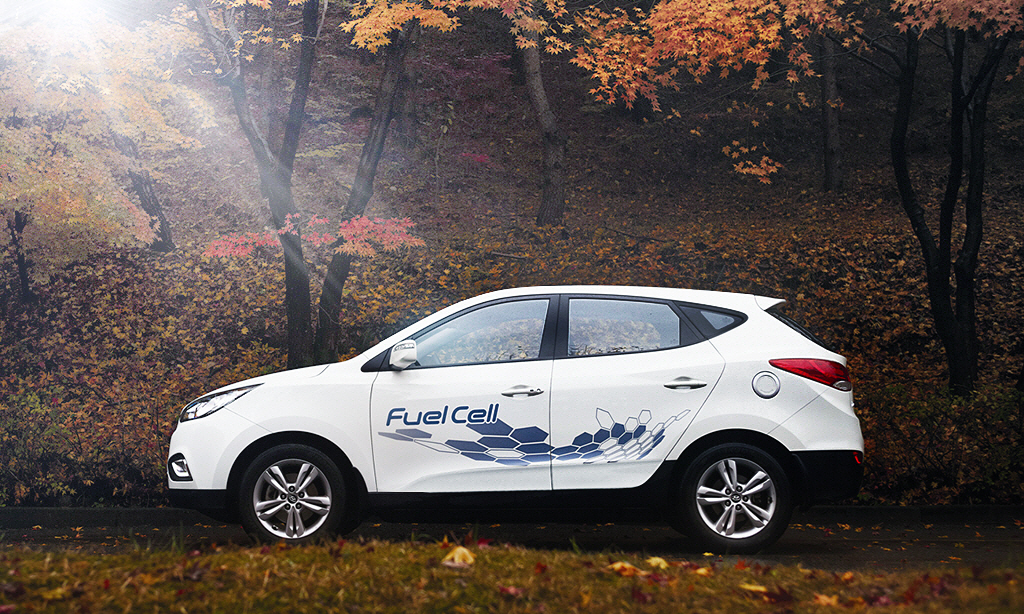 Hyundai’s much awaited fuel cell car, the internationally known 2015 Hyundai ix35 Fuel Cell or the North American Tuscon Fuel Cell. This car is Hyundai’s latest FCEV vehicle that is actually coming to market and will be available around the world fairly shortly as it is a 2015 model year vehicle, meaning we’ll see it on the road later this year. What’s such a big deal about Hyundai’s FCEV is that it is a fuel cell powered electric vehicle that can do hundreds of miles on a single ‘tank’. Instead of being powered by batteries and large battery packs, the ix35 Fuel Cell is basically powered by hydrogen fuel cell technology.

What’s more impressive is that Hyundai was able to get 700 km of range out of the vehicle, which translates to 435 miles per fill up. All you have to do with this car is find a hydrogen fueling station and then fill up your car, which takes up to 3 minutes, according to Hyundai. While the prices of hydrogen fuel varies greatly, it suffers from the same problem that fully electric battery-based vehicles have. There simply aren’t enough charging/refill stations to properly accommodate someone on a daily basis looking to refill/recharge based on where they are. However, with 435 miles of range, most people wouldn’t be looking to recharge their vehicles for at least a week unless they’re trying to drive cross-country. 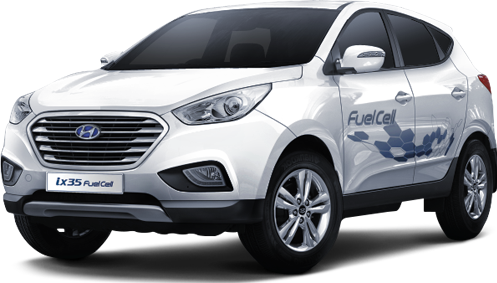 These numbers that Hyundai is reporting in their press release of the vehicle, nearly double that of the stated range of the 2015 Hyundai Tuscon Fuel Cell which has a rated EPA estimated range of 235 miles. So, your mileage may vary (pun intended) but you will very likely still get somewhere around 27.8 Km per liter if converted to gasoline which translates to around 65 MPG. However, fuel capacity and tank sizes are measured in pounds and kilograms rather than in liquid volume due to the way the hydrogen is stored. The actual rating is that it only takes 9.5 grams of hydrogen for the ix35 Fuel Cell to drive 1 kilometer. Based upon this you get a rough estimated range of 593 kilometers or 368 miles, even though the US version does not have as much of a stated EPA range.