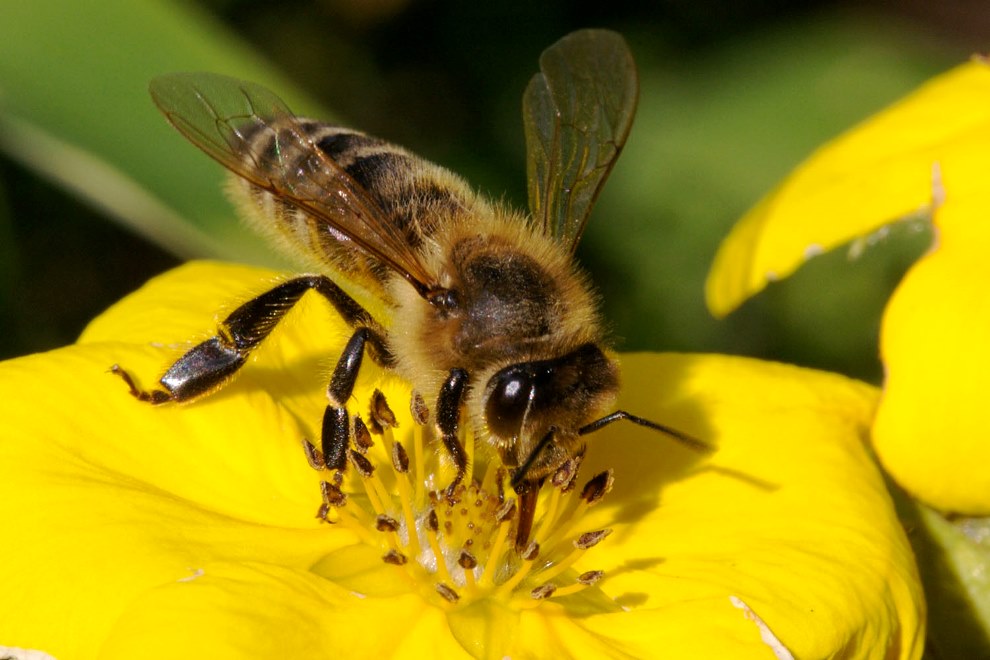 Harvard University researchers are busy improving RoboBee, a substitute robotic method of pollination, because honey bees aren’t doing the job they used to. Bees that have always pollinated plants are disappearing. Without pollination, crops will also disappear leaving our dinner plates empty.

Many food producing plants depend on bees flitting from blossom to blossom collecting and depositing pollen which causes the plant to fruit. Without this transfer, there would be fewer crops to harvest. One third of what we eat, including apples, pumpkins, carrots, sunflowers, blueberries, avocados, and almonds need bees to survive.

Pesticides, disease and parasites have all been blamed for the bee’s demise, but scientists have had little luck determining exactly why the bees are dying. In the interim, creative people have sought alternative methods of doing the bee’s work, from hand pollinating to creating robotic insects to do the dusting. 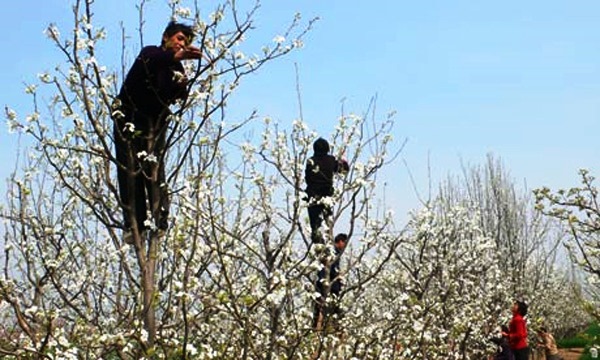 People try to accomplish what bees have historically done – dusting each blossom with pollen.

In Sichuan China, thousands of villagers climb into their fruit trees to pollinate blossoms by hand using brushes made from chicken feathers dipped into pollen. Each individual blossom must be kissed by the pollen laden brush. This tedious task may be combined with computerized RoboBees if the researchers’ project itself comes to fruition. 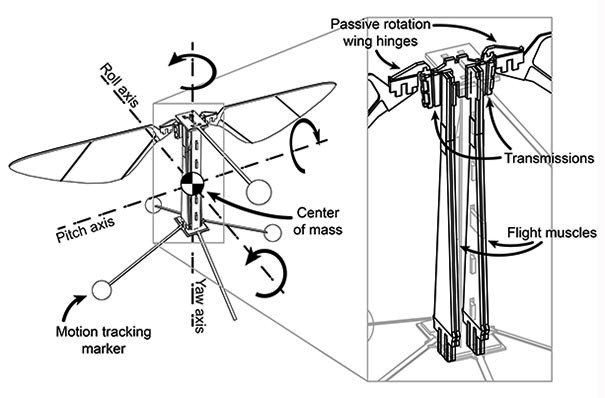 Since last year, improvements have been made to the RoboBee first introduced by a team lead by Robert Wood at Harvard University working in the field of micro-aerial vehicles. The latest version of the robotic insect can carry more weight than previously. Before, it had been impossible to pack everything onto such a small structure and keep it lightweight enough to fly. The robot, hardly larger than a US quarter, must navigate between the leaves and branches of plants to locate and inseminate their blossoms.

Team member Kevin Ma explained that the RoboBee has to carry flight muscles, sensors, and a battery while weighing less than a gram. Ma and his colleagues intend for it to be completely autonomous so that it operates without tethers or a pilot. Contrary to a real honey bee, RoboBee’s only task would be to disseminate pollen. It would not be creating honey in the hive.

Making a robotic insect with such stringent requirements is slow work. It requires creating smart sensors that mimic a bee’s eyes and antennae, designing hardware and software to control and monitor flight so that the robot will be able to sense objects and companion devices while making simple decisions to find and service each waiting blossom.

Ma predicted that it will take 10-15 more years of research and government funding to make the artificial bee functional. The National Science Foundation helped subsidize the project with a $10 million grant. The research team still needs to make it perform tasks successfully, increase its battery life, improve its flying speed, and address issues of wireless communication.