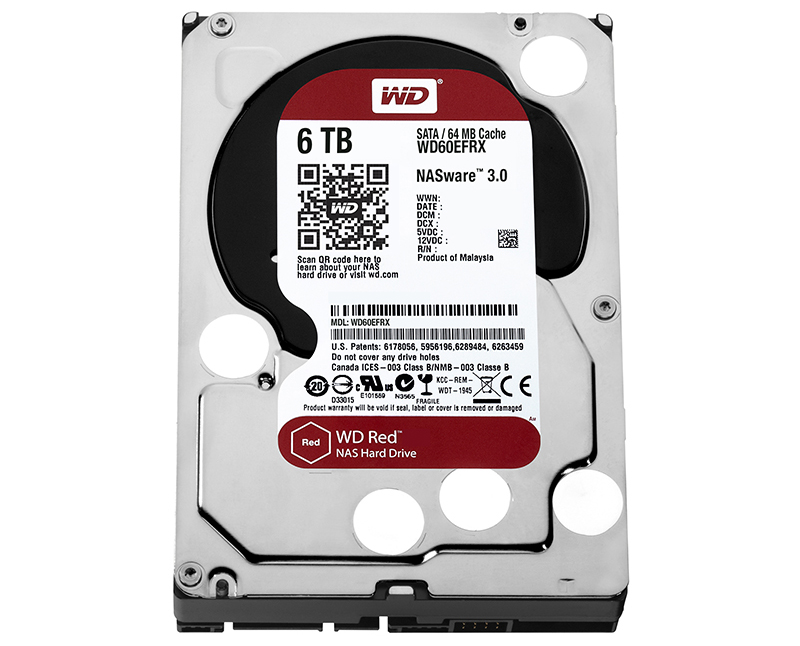 Western Digital today announced two new products in their WD Red line of hard drives. They also introduced an entirely new line of drives known as WD Red Pro. The two new products are the WD Red 6TB and the WD Red Pro 4TB. The major difference between WD Red and WD Red Pro (and why there are different names) primarily has to do with performance, price and warranty. WD’s Red still remains Western Digital’s primary NAS-based hard drive for consumers and small businesses, but it also has expanded its capabilities by supporting 5-8 hard drives in a NAS configuration as opposed to the original 4-5 recommended drive configuration. Since 2012, WD has made some pretty significant improvements in the drive’s capabilities and as such they are able to support more drives confidently and with more capacity, like the WD Red 6TB. 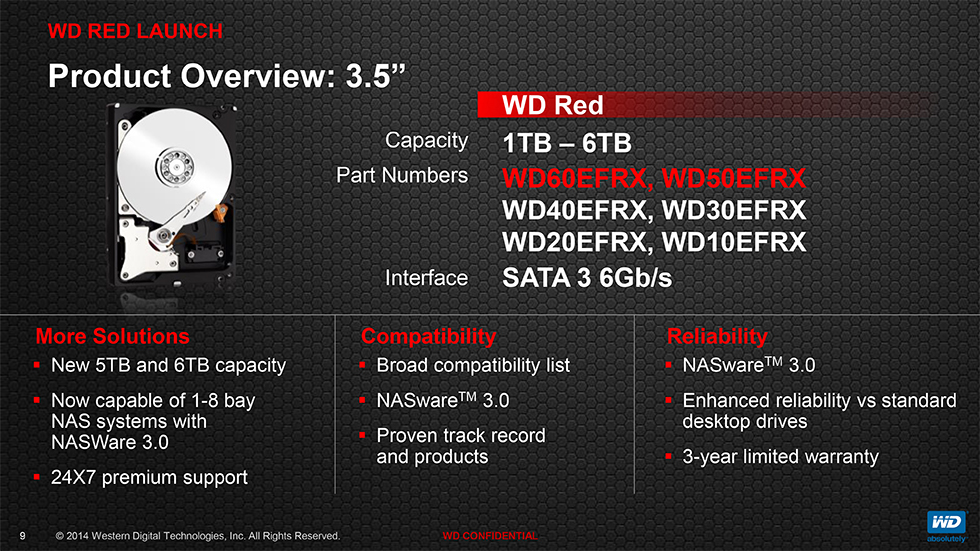 Following the 6TB (and 5 TB)  introduction into the WD Red family, there is also the introduction of a new WD Red line in the WD Red Pro line with the largest capacity 4TB drive. The Red Pro drives add 7200 RPM drive spin speed, which naturally adds to performance and power consumption over the entire WD Red line of drives, but not without reason. The primary reason why the WD Red Pro drives consume more power has to do with the fact that a 7200 RPM spinning disk consumes more power than a regular Intellipower drive. The Red Pro drives are designed to deliver good NAS/RAID experience while still being more affordable than Western Digital’s enterprise Se and Re lines of drives which force consumers and small businesses into larger drives without them needing all of those features. Similarly, like the rest of the WD Red line of hard drives, Western Digital is trying to give consumers a good value drive that is purposely built for NAS and RAID so that they don’t try to use their Green drives for RAID and ultimately run into a lot of issues. Hopefully the 6TB version of the WD Red drives will bring enough value to those looking to RAID that they will stop buying green drives to build RAID arrays and then have them fail spectacularly. 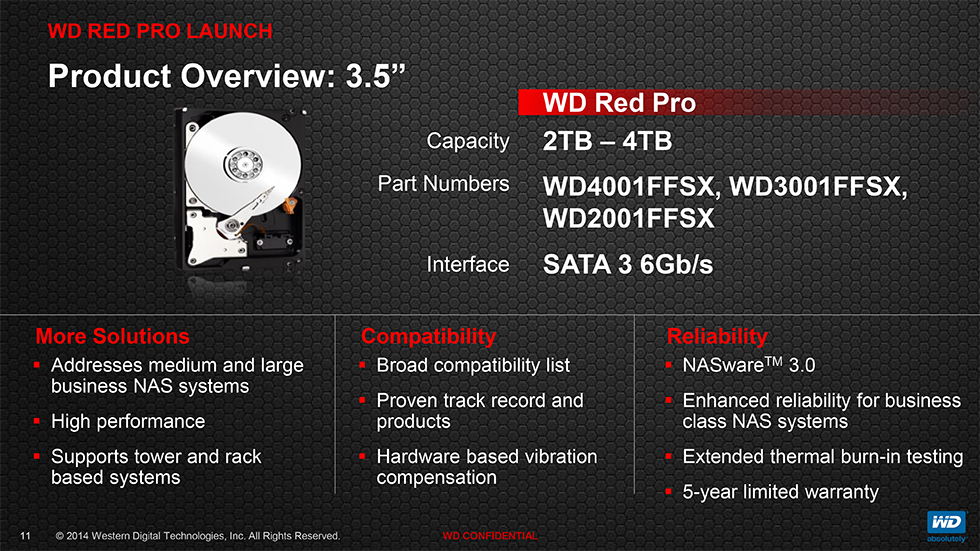 As you can see, the WD Pro line of drives come in smaller capacities, but still have similar features as the rest of the WD Red line of drives with only a few differences (other than capacities). The Pro line also features a longer 5 year warranty as opposed to the Red line’s standard 3 year warranty. Both lines will still have their own dedicated 24/7 support line which already passes the standard tech support and immediately brings you to a higher level of technical support. There is also a different target for the Red Pro line of drives versus something like the WD Red 6TB in that WD Red Pro is designed to work in more small to medium business environments with some rackmount/server features like active vibration reduction. The Red Pro line of drives is mostly focused on higher performance small business systems while Red is still more focused on home NAS ans very low power small business applications. 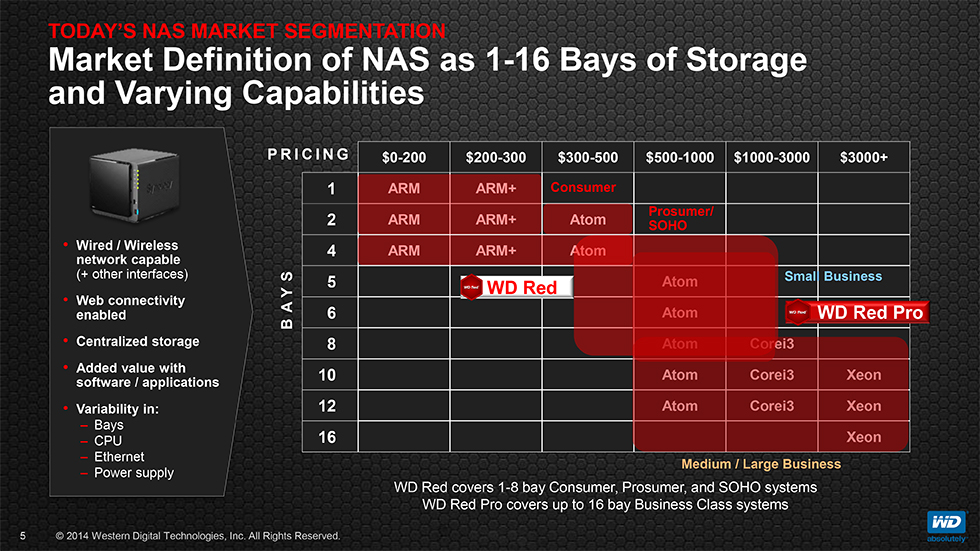 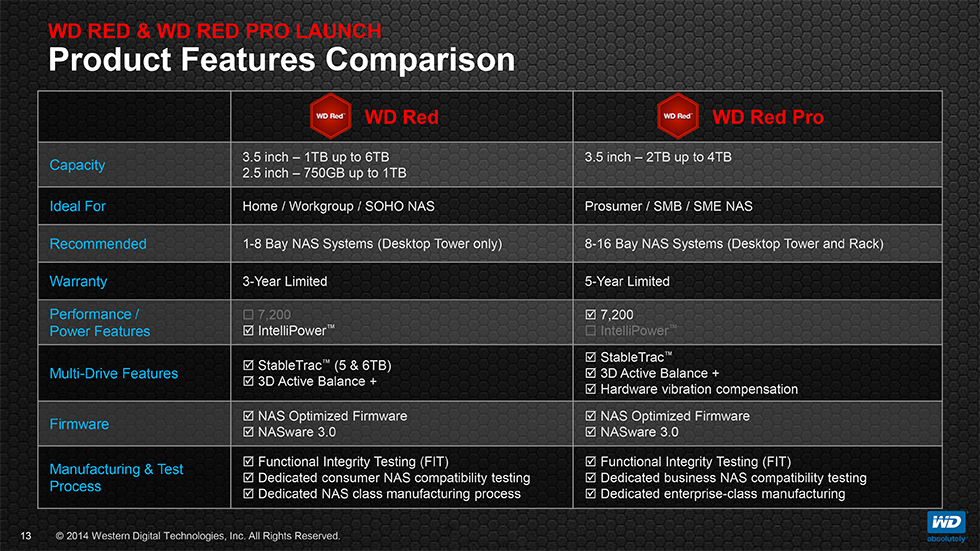