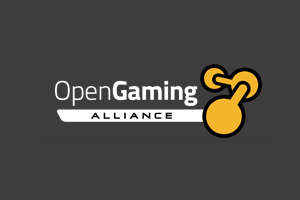 The PC Gaming Alliance, also known as the PCGA, known for championing the cause of the PC platform and specifically gaming on the PC, has changed their name to the Open Gaming Alliance and have refocused their efforts. In a short but concise statement, the Alliance has announced that they will be changing their name to the Open Gaming Alliance and refocusing their efforts on open gaming in general instead of just focusing on the PC. After all, most of the PCGA’s members now are involved in gaming in one way or another outside of the traditional PC formfactor.

“As the market for digital games grows on a variety of mobile platforms and as the PC is no longer the most dominant gaming form factor, the PC Gaming Alliance, (PCGA), a nonprofit corporation dedicated to driving the worldwide growth gaming, is pleased to announce the name of the organization has been changed to Open Gaming Alliance, or OGA.”

Now that the PCGA is called the OGA, maybe they can attract someone like Qualcomm to contribute to their efforts and increase the visibility of gaming on all platforms. And of course, they now have a new mission, even though most of their members remain the same.

“Our mission is to keep the gaming ecosystem “open” and the most profitable platform for publishing games. Our focus is across multiple OSs such as: Windows, Mac OSX, SteamOS, Linux, etc.; and for all form factors including desktops, laptops, tablets, and 2-in-1s. We provide a unified leadership voice for the industry.”

Clearly, Intel is still driving a lot of the conversation here as they have in the past with the PCGA, and of course it makes sense, but it doesn’t change the fact that their dominance of the PCGA and OGA will very likely keep away someone like Qualcomm or Mediatek, or even Rockchip. Having global partners will be incredibly important for the OGA and I’m frankly surprised that they haven’t gotten Facebook onboard yet with Oculus and other platforms. It will be interesting to see how the OGA will change their analysis of the industry and what their new focuses will be since the PC is no longer a focal point. They should also get more manufacturer onboard other than Razer, which should also elevate the level of the alliance’s importance. The fact that they also don’t have someone like Valve onboard is also a bit shocking, so it seems like maybe they have some outreach work to do. Hopefully they will grow now that they’re more ‘open’ and we’ll see more members joining shortly.