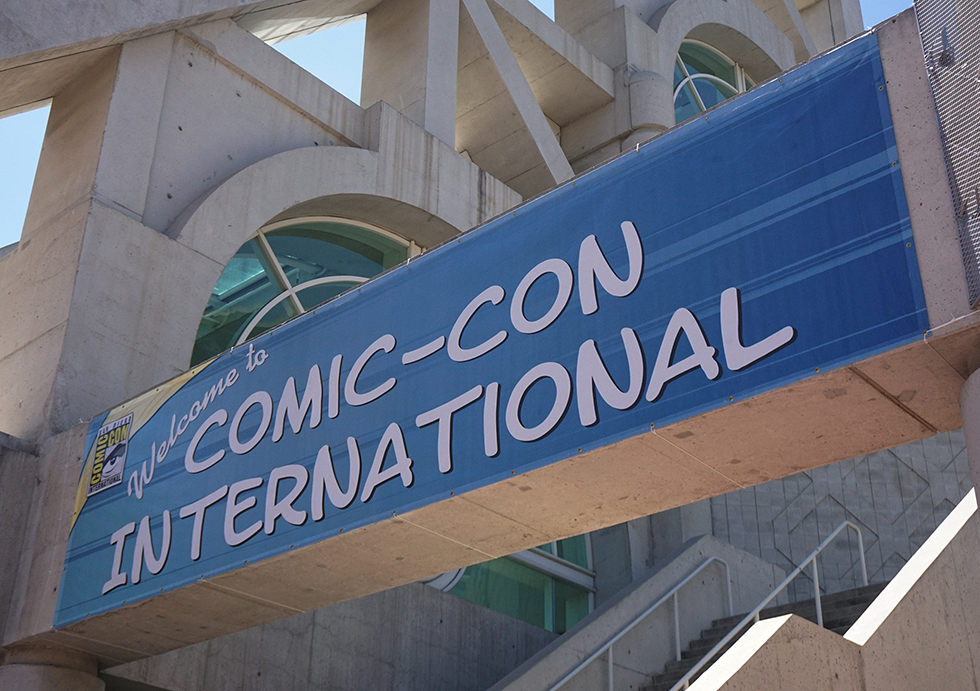 On day one of the 2014 San Diego International Comic-Con we got a chance to check out some of the off-site events going on around the show as well as walk some more of the show floor and take a look at what people are doing. On Day 1 there were a lot more people dressed up in costumes than during Preview Night, but there were also a lot more people in general. Day 1 was a pretty great success because we got a chance to play laser tag with people from Nerdist and 2K in the Borderlands the Pre-Sequel laser tag. They also had people from 2K games on hand showing demos of the game on PCs and there were prizes  (t-shirts) for those that participated in laser tag. It was a lot of fun and as we had stated earlier, the event is totally free and open to the public. No Comic-Con badges are required.

We also ran into some interesting characters throughout the day at the Comic-Con and were overall amused by some of their characters as many of them were in-character when they were dressed up for their cosplay. The really great thing about Comic-Con is that virtually anyone doing some sort of cosplay will stop for you if you ask politely and let you take a picture. Obviously, when there are huge groups this isn’t going to be as possible, but it is still a possibility. We also checked out Microsoft’s Xbox Lounge and were able to see a plethora of Xbox Titles either already out or about to come out on the Xbox One, this event is at the Hyatt hotel on the bay and is also open to any members of the public, and is very well air conditioned as Comic-Con this year is for some reason much hotter than years before.

There is also an obstacle course and gaming area that Assassin’s Creed is running that also features a high drop and a T-Shirt if you complete the course. There are also complimentary shavings like last year, but not a boat.

Also, the internet situation near Comic-Con and the convention center is horrific and the City of San Diego needs to work with AT&T, Verizon and T-Mobile to build cellular towers inside the convention center as well as bring in COWs (Cell on Wheels) into the area to alleviate the network traffic because there are easily 150,000 people on any given day (think about all of the off-site events and people supporting them). Also, if you are having trouble connecting to the internet because the network is dying, we recommend you check out Nerd HQ or the Nerdist (above Nerd HQ) and connect to Padres Wifi and you should have a pretty fast and stable connection (thanks to Qualcomm and Verizon).