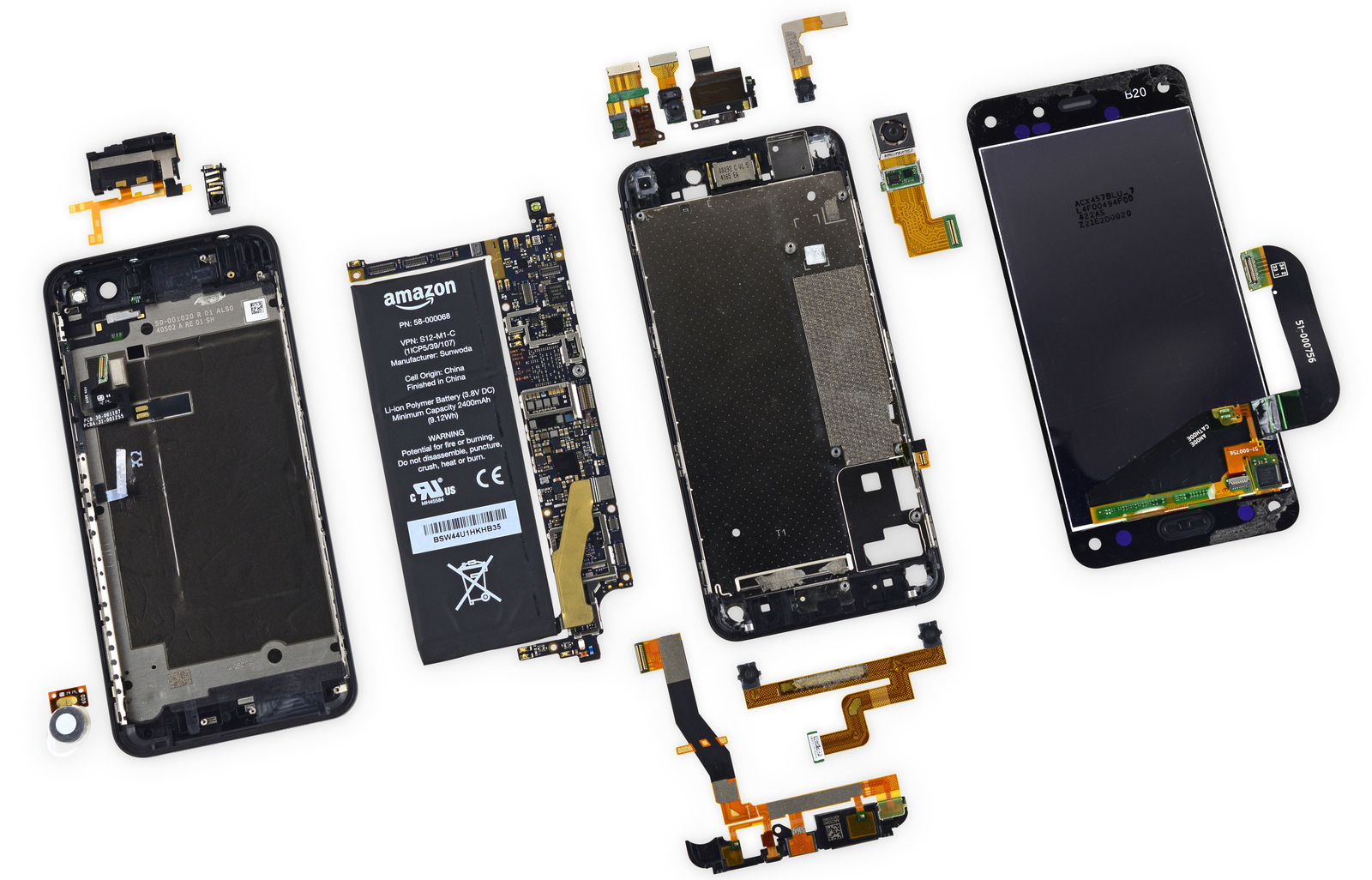 iFixit recently tore down Amazon’s supposedly wildly innovative phone. However, they actually had quite a hard time tearing it down. The only phone that beats the Amazon Fire Phone in terms of unrepairability is the HTC One M8. That phone scored a lowly 2 in terms of repairability, but even so, Samsung’s lowest scoring phone (The Galaxy S5) still managed a score of a 5. Repairability will determine how expensive repairs for your phone will cost and whether or not you can do them yourself. On certain phones, some components are simply too bonded together or impossible to take apart and as a result, get pretty poor scores.

Even though the Amazon Fire Phone isn’t necessarily that technologically unique of a phone, Amazon has managed to make it almost as unrepairable as HTC’s. However, HTC’s phones are not as hyped as Amazon’s in terms of features and unique features. Some of these features, however, are partially attributing to the phone’s unrepairability score.

As iFixit states, the four dynamic perspective cameras are actually encased in glue, which means that any sort of replacement of them will require heat and cutting. In addition to this, a replacement display would likely need to include those four cameras, which would make replacing the display outrageously expensive. If the cameras are not replaced, but rather transferred, the amount of work to do so will also be expensive and tedious. They also say that the plethora of cables and connectors make disassembly tedious and reassembly difficult. iFixit also says that the Amazon Fire Phone is not modular and as a result many components share the same cables, which increases the cost of replacement parts.

Now, repairability may not be a factor for everyone buying a phone, but it is worth noting or at least knowing when buying the phone. The Amazon Fire Phone will likely fail, as we had suspected it would primarily because most of its features are gimmicky or encourage Amazon product consumption, without anything in return. Amazon’s pricing and placement of this phone (AT&T) are ultimately going to be what dooms it, until they drop the price. I don’t particularly see them being very successful with it unless its free on contract. And even then, the likelihood that someone would go with this phone over an HTC One M8, Samsung Galaxy S5 or LG G3 is very small.