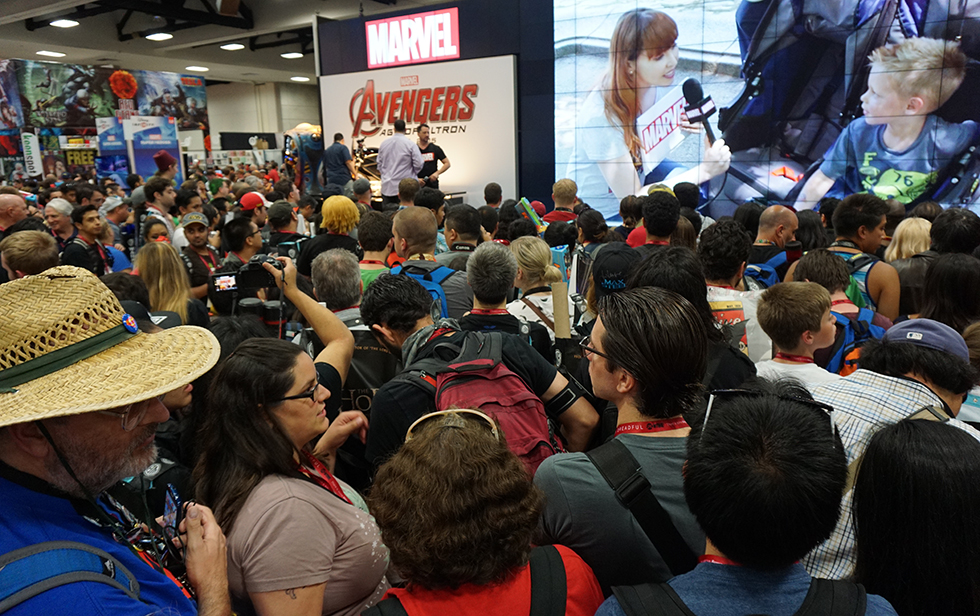 In case you missed our 2014 San Diego International Comic-Con coverage over the course of the past week, and didn’t read our Comic-Con preview, Preview Night or Day 1 articles, we’ve got all of the images (and video) we’ve taken compiled together for you neatly in this article. If you’d like to know more about what happened, then we recommend you read those articles to see exactly what went down this past week. Yes, there were a lot of geeks, cosplayers, and comic fans, but Comic-Con once again went off mostly without a hitch.

We’ve also included some of our short videos from Comic-Con that might interest you. Overall, this year’s experience was much like the others before it, However it certainly felt like Comic-Con’s much awaited Saturday Hall H panels were fairly weak. If it weren’t for The Hobbit and Marvel’s panels on Saturday, Hall H would have not been worth the wait that most people had to endure (12 hours). Essentially, if you did not come 12 hours before the opening of Hall H (at 10am on Saturday) then you probably didn’t get into the first panel at 10 am. In fact, I managed to get into the first panel after waiting 12 hours outside, and still missed the Batman vs. Superman announcement from Warner Brothers.

This year’s Comic-Con will certainly be considered a more muted one than in previous years, but I believe that may just be because last year was so energetic and there were so many movies that they were promoting or announcing. Comic-Con will be a great show again, next year and hopefully we’ll have more to talk about since Avengers 2 Age of Ultron will release a few months ahead of Comic-Con. There is also a lot of potential for movies like the new King Kong film, the Hell Boy 3  movie (which is going to be very far away) as well as a possible Pacific Rim 2, which we have yet to get a firm date on. We’ll probably have another Assassin’s Creed off-site event and they’ll probably still be shaving people’s beards for free (like last year and this year). Until then, we recommend you check out the photos above, and the videos below.