Some Nvidia researchers have found a way to create very high fidelity images by stacking two LCDs with offset pixel layers in order to create a higher resolution image than what the displays themselves are capable of. Because of their methodology, they are able to multiply the pixels in the panels to achieve the higher image quality rather than adding the pixels together. This is accomplished through Simultaneous Multiplicative Superposition, which can and will be explained through their whitepaper or the video below. Nvidia’s research team proceeded to combine these two cascaded displays together into a single display using their own custom built 3D printed enclosure and lenses so that it could be used theoretically as head mounted display (HMD). But they also built a projector with this as well, so the applications are not just for HMDs.

The main purpose of this research presented at SIGGRAPH 2014, going down next month in Vancouver, Canada, is the fact that Nvidia’s researchers are trying to find ways to better improve the resolution and pixel density of images on head mounted displays (HMDs) like the Oculus Rift without trying to create new display panels. Currently, the Oculus Rift is capable of 1080P resolution, but the problem is that at that distance the pixels are still visible, especially because of the lenses inside of the Rift. As such, higher resolution is needed to truly create a fully immersive experience.

These cascaded displays, as indicated by the video above and in the white paper, are off-the-shelf hardware that anyone could buy and theoretically create themselves. This does not require new hardware, but rather new techniques and software in utilizing that hardware and how it may work in order achieve a better result. The overlay methods that they’ve created and employed in this headset/display are what really set this apart from everything else because nobody else really employs two LCDs atop one another. It really is an interesting and novel design and it will be interesting to see how it works in person at SIGGRAPH.

The cascaded displays could also theoretically be used outside of head mounted displays as well in order to help deliver better image quality for certain applications, but fundamentally will require more GPU horsepower which may make mobile applications fairly difficult. Even so, cascaded displays are another way that we could bring high fidelity images to places where 4K and beyond resolution is currently impossible. We’ve also got some samples below so you can see the differences for yourself. 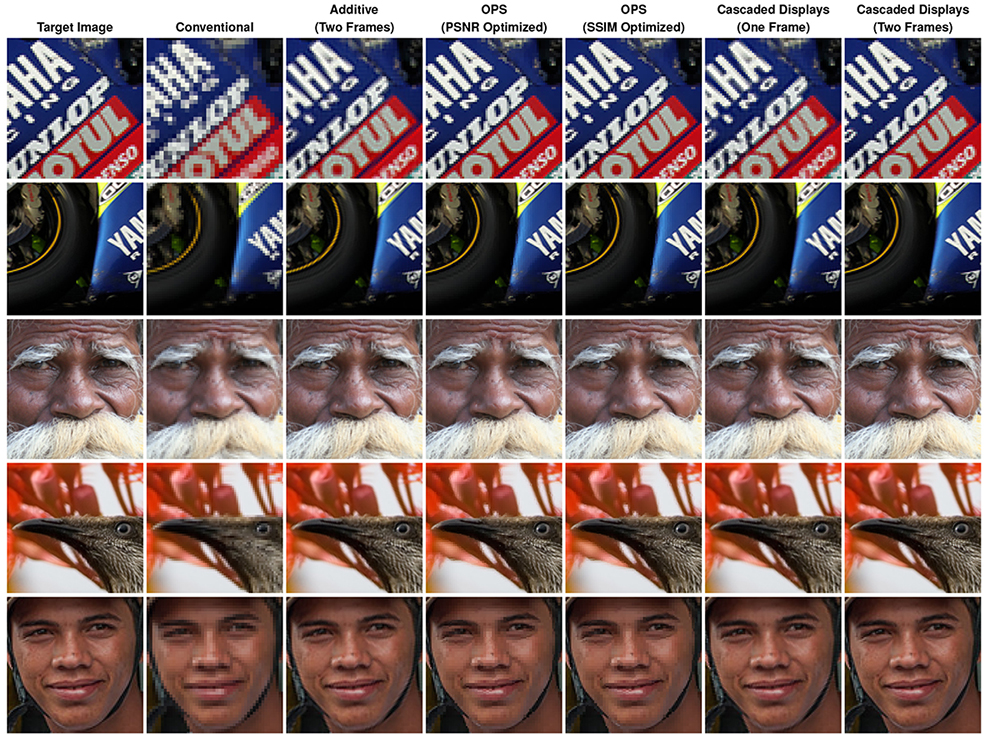