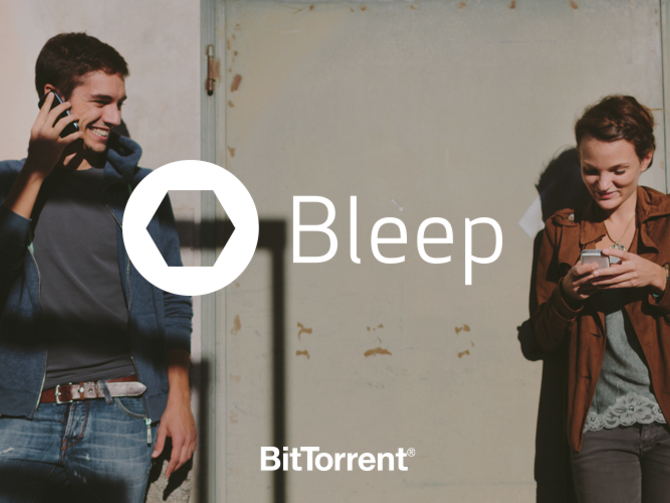 Tired of the NSA monitoring everything that you do? Or at least the fear that they might be for no reason? Well, the people at BitTorrent have created a new encrypted peer to peer chat client that enables truly secure chat between two people. The application is called BitTorrent Bleep and is an end to end encrypted peer to peer chat client which is designed to completely remove any vulnerabilities in the chatting process. You can also send voice messages via BitTorrent Bleep, so voice communication is secure as well, unlike other services like Skype. 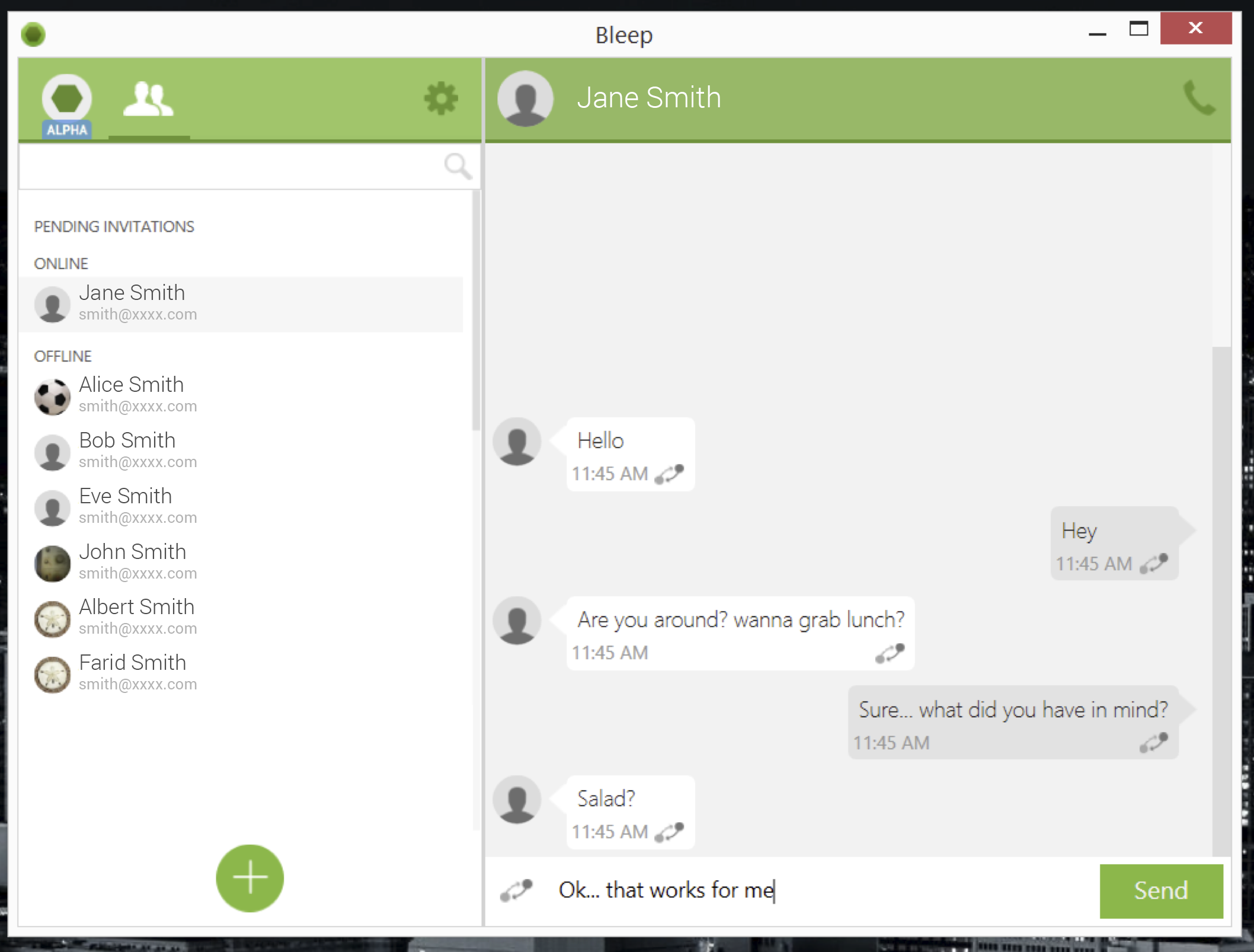 BitTorrent Bleep allows you to communicate on your own terms and do it without the fear of anyone else watching or listening. BitTorrent is completely unaware and completely free of all liability of what you say to each other on Bleep (similar to what Kim Dotcom did with Mega) and they cannot snoop on you even if they wanted to. That’s why its called Bleep, everything is bleeped out and they nor anyone else other than your target person can see what you’re saying.

A few applications they’re considering are; Friends talking amongst eachother and nobody else. Journalists communicating with sources without exposing their identity or the content of the conversation. Members of diplomatic crops sharing private cables/dispatches. Businesses that want to keep confidential and proprietary information safe from leaks and industrial espionage and many more.

Email invitations for BitTorrent Bleep will go out today and allow early testers to access their pre-Alpha build of Bleep for Windows desktop (7 or 8). There will be other platforms coming later, but as of right now Windows desktop is the primary platform. You can sign up with an email, mobile phone number, or incognito (unlisted). Testers will also be able to invite friends, but those friends must also have windows desktops (for now). Testers of this Alpha build will also have the option to import their Google address book locally to the app to quickly find friends. Text and voice calls can be made to online contacts, meaning that people will have to be online in order to get your messages. The app does not currently support offline messages, yet. Finally, an account can only be used on a single device/installation and cannot be moved to another device.

Ignoring all of these Alpha-build limitations of BitTorrent Bleep, it finally sounds like the big companies involved in the net are starting to respond to the NSA revelations and taking encryption and privacy seriously. It will be interesting to see how many people actually start using BitTorrent Bleep and how quickly the NSA and other agencies will work to reverse engineer and defeat its encryption. As far as we know, all major chat applications are now easily monitored and intercepted, so if anything it’ll be some time until the NSA even can get close to cracking it. Even though BitTorrent specifically built this application with end to end encryption with the NSA and other agencies in mind.