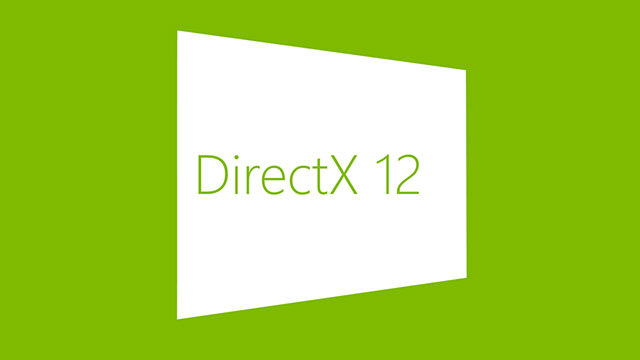 Microsoft has appeared to have developed a viable competitor to AMD’s Mantle if the benchmarks displayed at Intel’s SIGGRAPH booth in Vancouver are consistent with real-world performance.

According to benchmarks and a demo ran at Intel’s SIGGRAPH booth, DirectX 12 offers a 70% boost in performance over DirectX 11 and offers substantial power savings to0. The demo run was a graphically intense simulation of what appears to be an asteroid belt with 50,000 asteroids rendered on screen. This is similar to AMD’s demo of Star Citizen — where tens of thousands of individual ships are rendered in a big dogfight — that it uses to promote Mantle. The demo was run on a Surface Pro 3, which is powered by a Core i5 chip with an Intel HD4400 GPU.

As the image below displays, during the first test DirectX 12 had a nearly 50% power savings over DirectX 11. 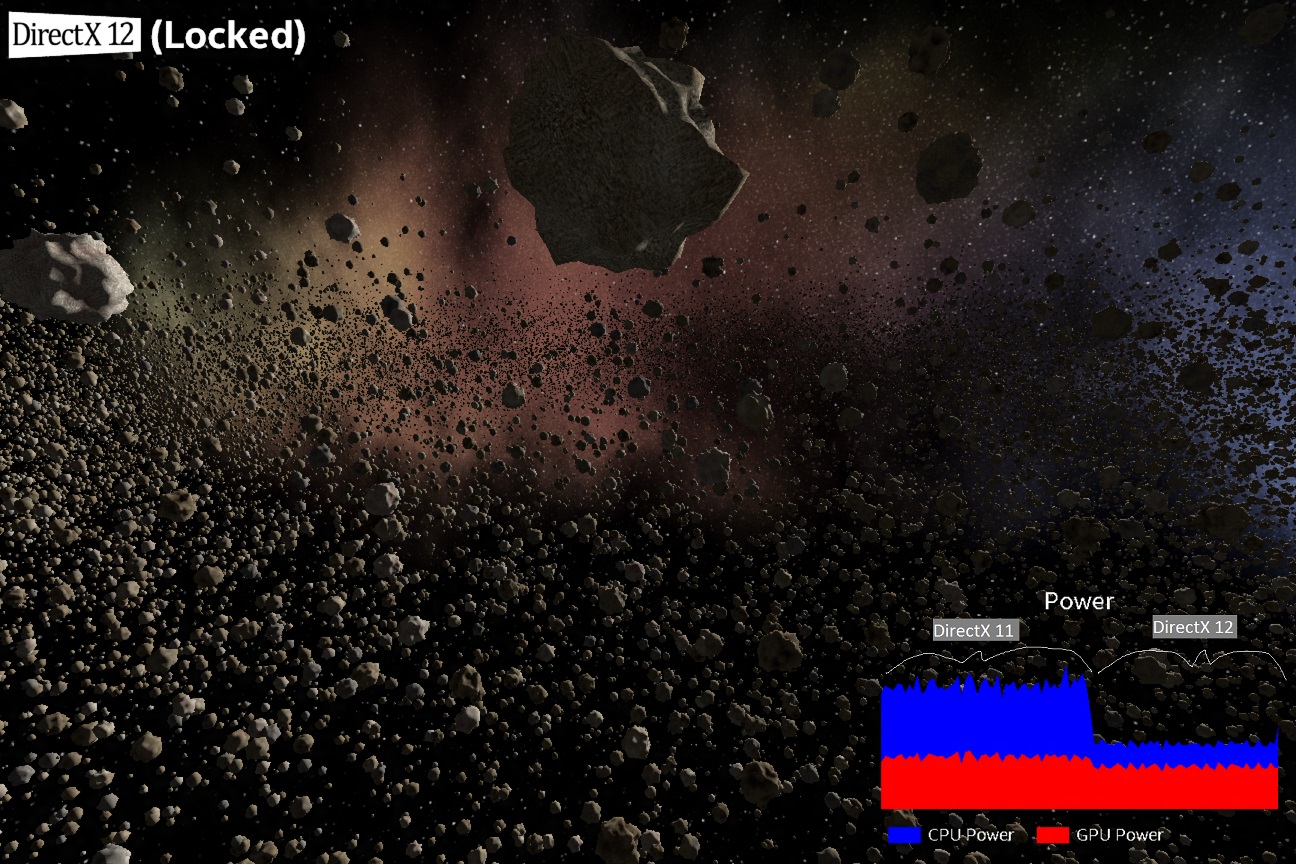 In the second test, which tried to balance performance and power consumption, DirectX 11 pushed out 19 FPS while DirectX 12 was able to render 33 FPS. 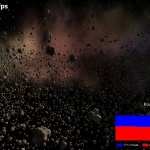 As Intel explains in a blog post, the power savings come by substantially reducing CPU overhead.

“DirectX 12 is designed for low overhead, multi-threaded rendering. Using the new API we have reduced the CPU power requirement and thus freed up that power for the GPU,” Intel’s Andrew Lauritzen wrote in a blog post.

This is a victory for both Microsoft and Intel. For Microsoft, it shows that there is no threat to the established legacy of DirectX. With data like this developers might have to take a long-hard look at moving to the relatively unused and untested Mantle — especially when DirectX runs (hypothetically) equally as well across all platforms. For Intel, this is a victory because it shows that its SoCs and CPUs have the ability to perform well in gaming scenarios on mobile platforms running Windows.

Perhaps there will be something of an API-war in 2015.