In a live event streamed from AMD’s office in Austin hosted by Richard Huddy, AMD announced the Radeon R9 285 and giving the company’s most recent Hawaii architecture a modified and more affordable version. This card is clearly AMD’s attempt to attack Nvidia’s GeForce GTX 760.

This is compared to its predecessor, the Radeon HD 7950, which was only capable of 2.87 TFLOPS of peak performance, even though it had 3GB of RAM and a 384-bit bus and exactly the same amount of shader cores (and roughly the same clocks). 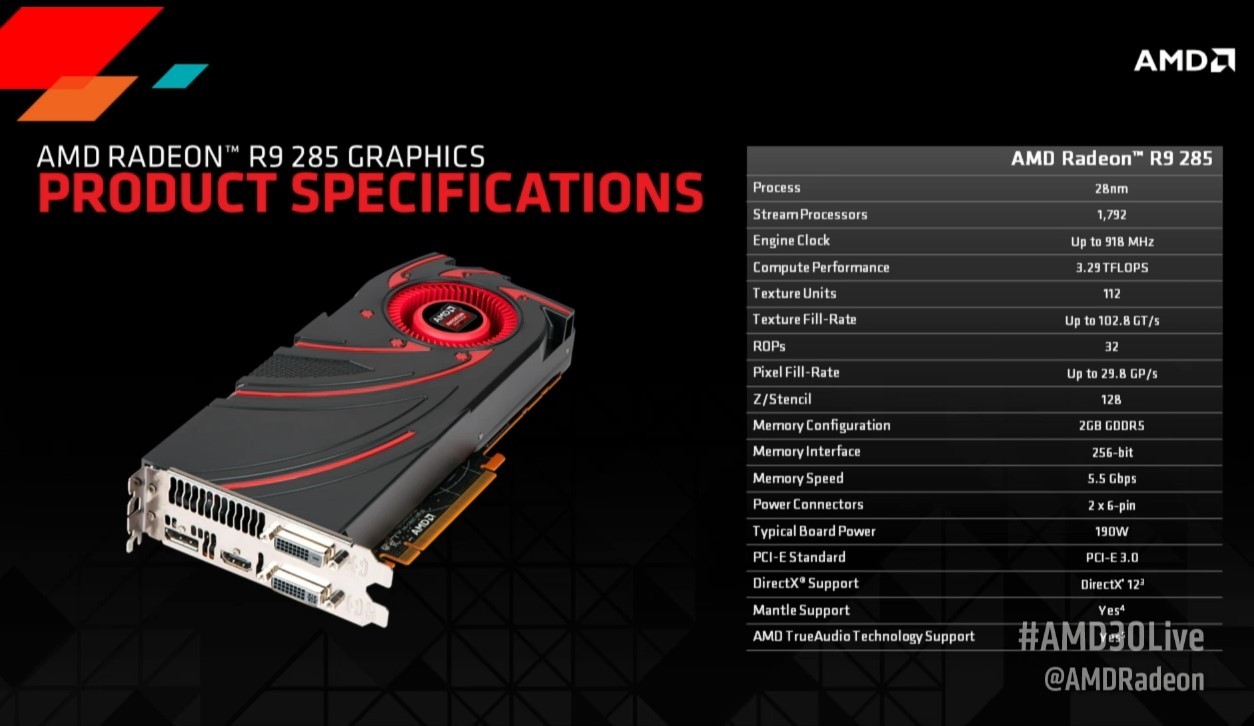 According to AMD production manager Devon Nekechuk, the card, along with all of AMD’s GCN GPUs, will support Direct X 12, including this newly announced Radeon R9 285.

AMD has also released some early performance numbers of the card running 3D Mark FireStrike. On a system with a Core i7-4960X CPU and 16GB of DDR3 memory the R9 285 scored P7066 on performance mode, and X3513 on extreme mode. These benchmarks have not been verified independently.

Both versions (2GB and 4GB) of the card will be released on September 2, starting at $249.