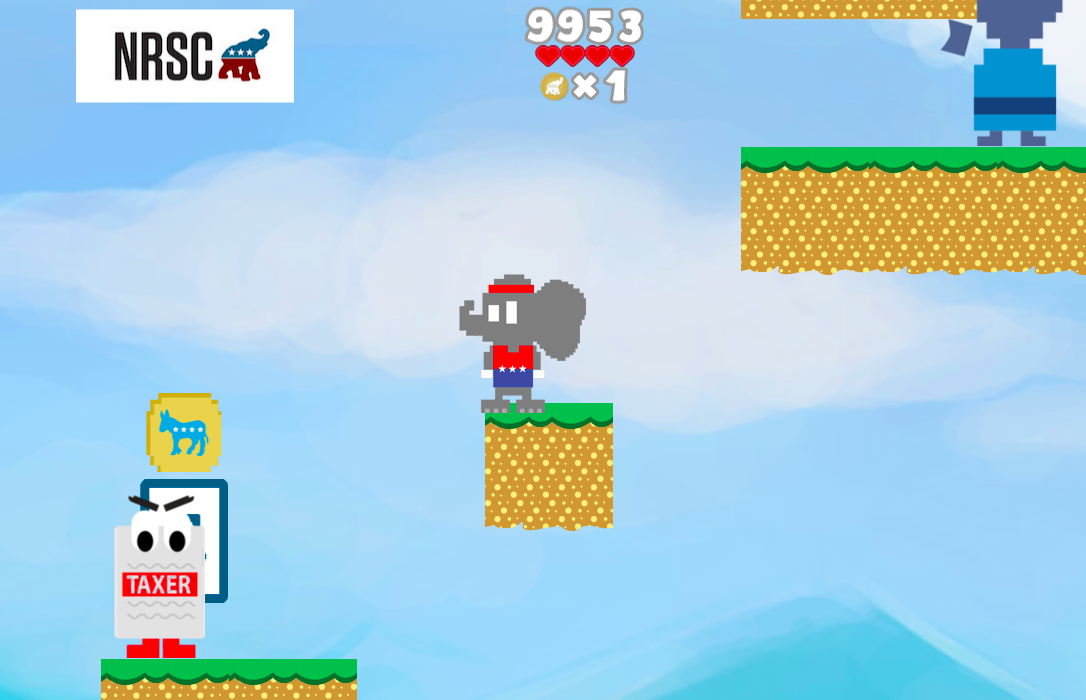 The game is called Giopi 2014: Mission Majority and puts players in the shoes of Giopi, a pixellated elephant who “dodges everything that Democrats can throw at him”.

“People say DC is full of games, but none are quite like this one”.

In the game Giopi “finds the keys to help win back the Senate” for Republicans while trouncing on pesky enemies like Taxers and Mudslingers who stand in the way of the “path to victory.” It’s also said that these baddies do the bidding of President Barack Obama and Senate Majority Leader Harry Reid.

The “game” is conducted in an 8-bit platformer style complete with retro music, but the subject matter is decidedly satirical. Also be aware that to play the game you’ll need to tether your Google or Facebook accounts to the site.

“Hi, my name is Giopi! I’m one of the GOP’s best volunteers for the 2014 midterms, and I’m here to show you how we can win back the Senate!”

Mission Majority appears to be a vehicle for political fundraising, as every level unlocks an opportunity to donate to the NRSC or buy in-game items via micro-transactions to support the cause.

The NRSC has said that they’re “having a bit of fun” with this particular approach of raising awareness to the Republican cause:

“This year’s Republican Senate candidates are the strongest in decades (if not ever), and we want to raise awareness in every possible way. With that in mind, we are having a bit of fun with our approach.”

It’ll be interesting how both gamers and voters feel about the game itself, and as it stands now, it makes some pretty clear points even in bit-style form.