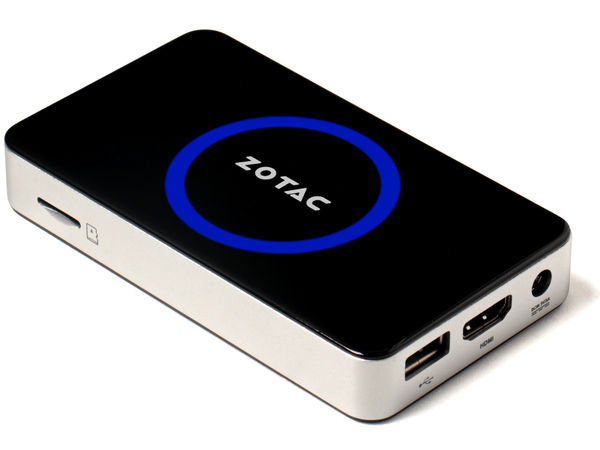 Form factors for PCs are getting smaller and smaller, but Zotac’s new Zbox PI320 Pico pushes the form factor even further. Pico is generally a term that is associated with a certain size of a PC, like the Zbox PI 320, and the truth is that this is one of the smallest ‘PC’  formfactors you can technically build a PC into, even though this thing is bordering on really being a nano PC. It also has the specs behind it to still technically be considered a PC.

“Zotac is a major innovator when it comes to miniaturizing the traditional PC. We began our push towards smaller and smaller mini-PCs with the Zbox nano form factor and followed up with the Zbox nano XS,” said Tony Wong, CEO, Zotac International, in a statement. “Now with the all-new Zbox PI320 pico, we have created our smallest mini-PC that can fit in your pocket.”

The computer also ships with Windows 8.1 with Bing.

Zotac expects the device to launch next month at a price point of $199.