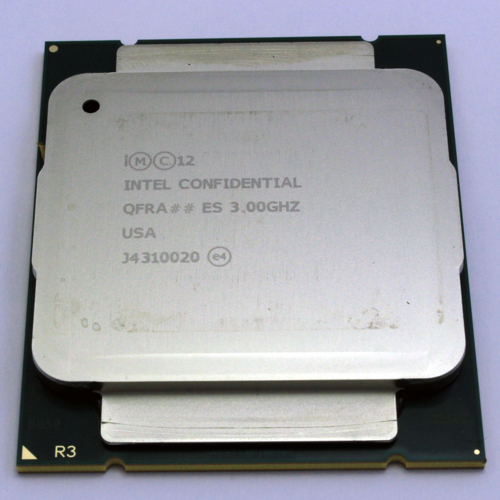 Intel has just released the X99 chipset and the s2011-3 CPUs that goes with it, ushering in the age of DDR4.

The top of the line unlocked CPU is the 8 core/ 16 thread 5960X that has quad-channel DDR4 and 40 lanes of PCI-E 3.0. The 5960X comes in with a base frequency of 3GHz with up to 3.5 Turbo frequency.  The 8 cores have a shared 20MB of cache, and the CPU has a TDP of 140W.  This is no doubt the most powerful enthusiast CPU available and will be crushing the performance of the previous generation.  On release day HW Bot was flooded with new submissions and the world records were falling like dominos.  The records were set with the engineering samples that were sent out to Overclockers and Reviewers. 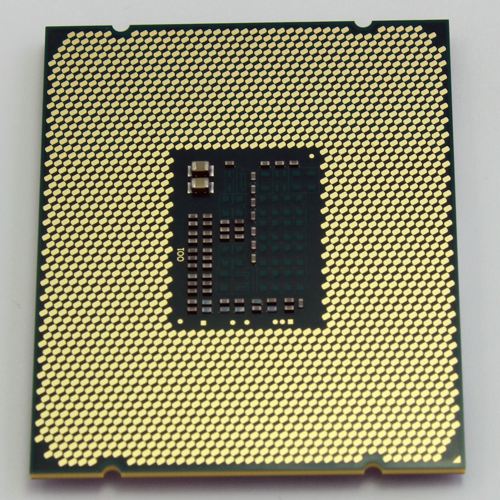 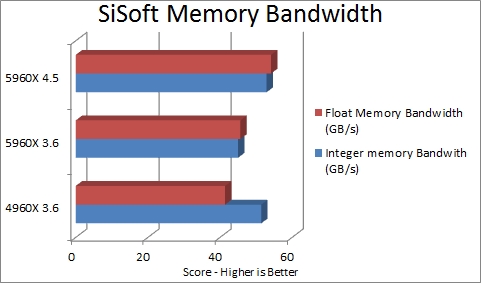 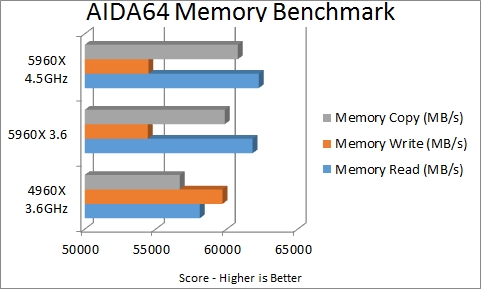 While the 5960X beats the 4960X in read and copy it really loses it in writing.  The 4960X also beats the 5960X handily in latency which was 59.7ns compared to 61.5ns when at at 4.5GHz.  This is in due to the much tighter timing that the DDR3 has, so we can hold out hope that we will see some DDR4 kits out that will have tight timing to be more competitive in this area. 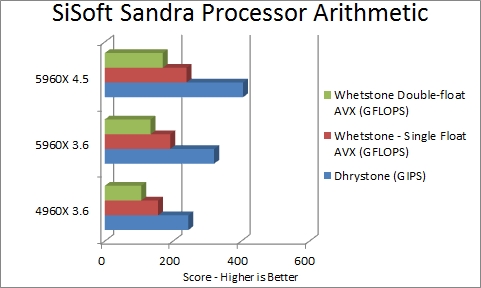 It is very visible here that the extra cores are helping to provide some extra muscle, the jump to 4.5GHz really shows the improvement. 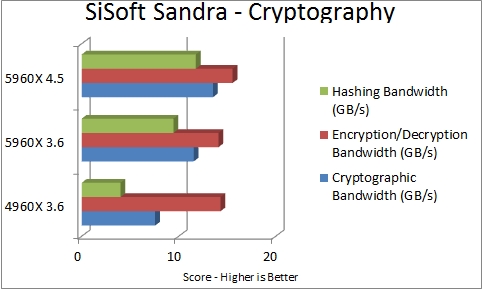 Hashing power more than doubles from the 4960X to the 5960X and almost triples when it is overclocked to 4.5GHz 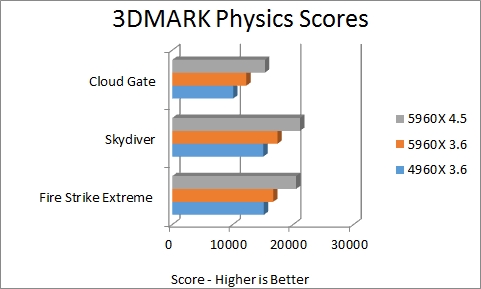 The improvements are very noticeable in the 3DMARK tests and  it is visible that it scales nicely with the increasing speed. 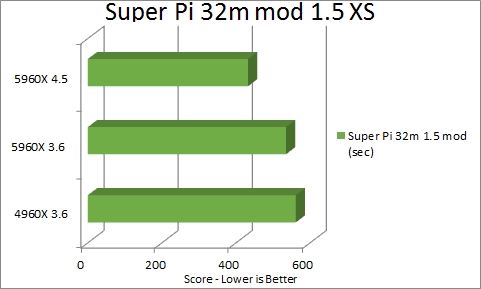 The 5960X at the same speeds handily outpaced the 4960X in super pi , and it only gets stronger with the increased speed thanks in part to the massive bandwidth at 4.5GHz 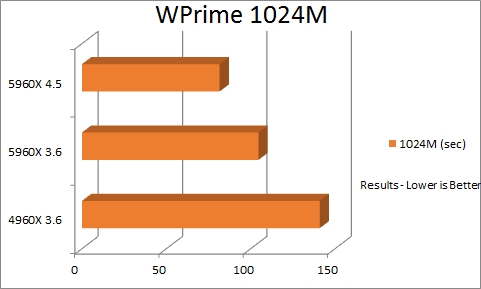 Here the power from the extra cores is extremely visible in this benchmark at the same speeds.

Overclocking to 4.5 was a very easy to do, I was running it a bit higher than I wanted to, at 1.3v due to lack of time to tune down the voltage before writing needs to be done. It is evident that others are getting  4.5GHz at 1.25v and around 5GHz at 1.4v though proper cooling for that would involve at least a single stage phase change system for full 8 core/16thread operation.  There are a handful of LN2 results on hwbot currently for CPU test that range between 5.7-6.1.  Cooling is most definitely going to be the limiting factor should these be overclocked and pushed to the max.  Having said that there would be no reason to skimp on the cooling setup that would be paired with the CPU.

Do I really need this?

If you want the most powerful system you can build presently than this is the key part right now. The bottom line is that this CPU is a beast and it is hands down the best you can get, with that said if your budget allows for one of these then it should be in your cart at your online retailer.  The price is steep indeed, but there isn’t anything that can challenge the 5960X.  The key to this cpu is keeping it cool and that is something that should not be skimped on.  With a nice watercooling loop there is no doubt in my mind that 4.7GHz would be achievable for a system.  With a closed loop or really good air would likely be around 4.3-4.5. There will be more testing of the 5960X and that will involve sub-zero testing and a DDR4 roundup, as well as a look into other X99 motherboards.  The new stuff is definitely a blast to work with and I personally can’t wait to get more testing done as I have had a taste and now I am hooked.