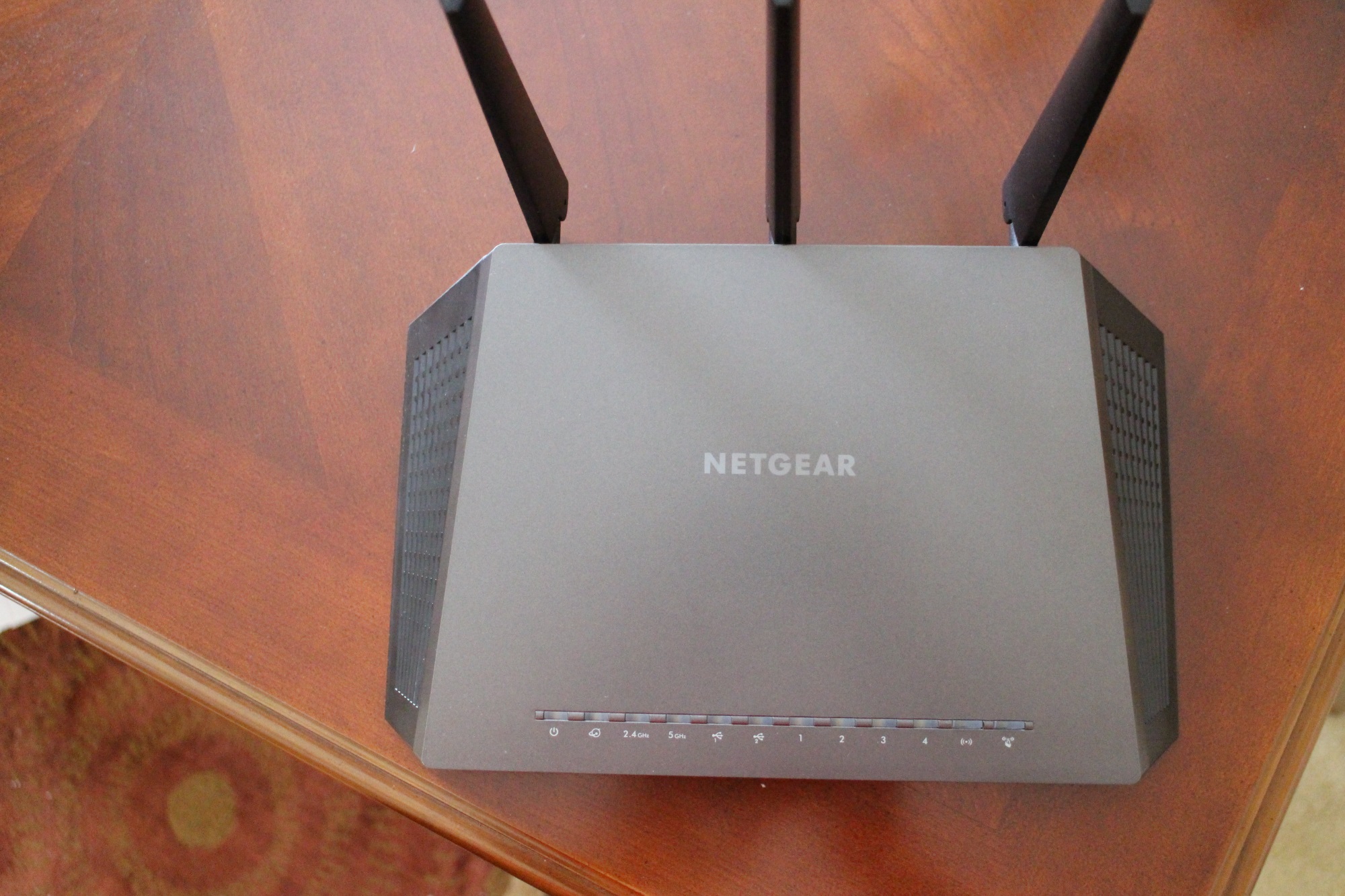 With the introduction of the Wi-Fi ac standard and mainstream availability of the Wi-Fi ac modems in smartphones and current-generation notebooks, routers that provide bandwidth to handle 1 Gbit/sec Wi-Fi ac transfer rates have become standard. Vendors that manufacture modems for the routers have also been tweaking away to achieve higher bandwidth and more throughput. One such hardware manufacturer who has enjoyed a modicum of success in this segment is Broadcom, who recently unveiled its BCM4709A SoC, which is the hardware that powers Netgear’s R7000 Nighthawk, the manufacturer’s first offering in the Wi-Fi AC1900 segment.

The R7000 Nighthawk features 600Mbps on the 2.4GHz band and 1300Mbps on the 5GHz band, which is achieved by enabling 256-QAM modulation (which Broadcom is marketing as TurboQAM ) on the Broadcom BCM4360 radios that power the router. The R7000 features two Broadcom 3×3 BCM4360 Gigabit transceivers, one for the 2.4GHz band and the other for the 5GHz band. In the 2.4GHz band, each spatial stream can provide throughput of 200Mbps via TurboQAM technology, which is 50Mbps more than what is achieved by standard Gigabit transceivers. This allows for an overall transmission throughput of 600Mbps, a considerable increase over the 450Mbps boasted by Wi-Fi AC1750 routers. 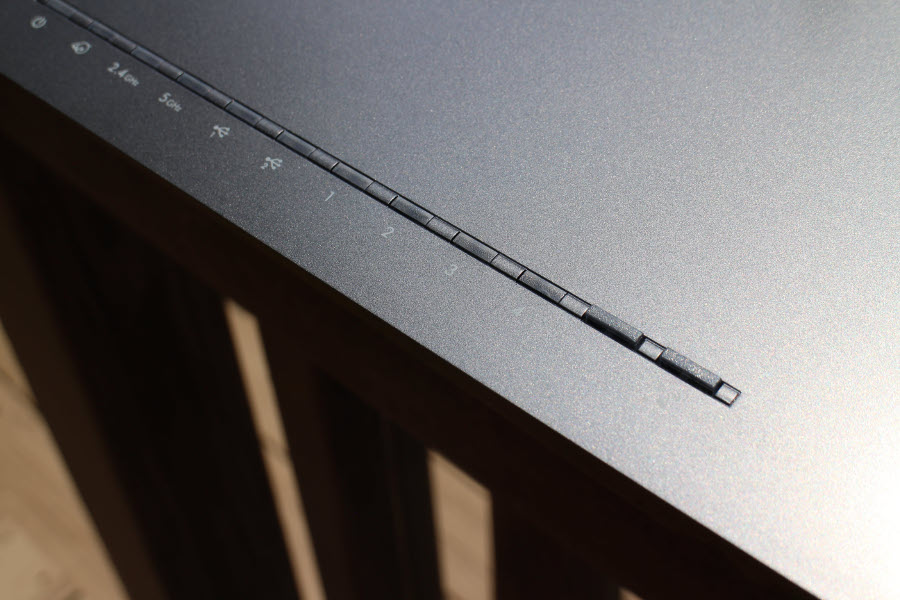 Another area of differentiation between Wi-Fi AC1900 and Wi-Fi AC1750 routers is that the AC1750 class routers usually feature a 802.11ac Gigabit transceiver for the 5GHz band and a 802.11n transceiver for the 2.4GHz band, which allows vendors to reduce on the manufacturing costs of the router.

The Netgear R7000 Nighthawk suffers from no such drawbacks, as vendors are aiming for the $200 mark with the Wi-Fi AC1900 class routers. For that kind of money, you get a router which has a 1 GHz dual-core processor in the Broadcom BCM4709A, 256 MB RAM, 128 MB flash memory for the firmware along with the two aforementioned Gigabit BCM4360 transceivers.

The design of the router is also befitting one that is marketed as a high-end product, with angular lines and a matte finish that is immune to smudges. With dimensions of 285 x 184 x 50mm and an overall weight of 750g, the R7000 is one the widest and heaviest routers in the market. The Nighthawk takes its name from the USAF F-117 Nighthawk, and as such is modelled after the fighter aircraft. The angular design and sheer size of the R7000 means it to stand out from any other router currently available today. Another interesting design choice is the inclusion of white LEDs for status indicators at the front for Wi-Fi, LAN and WAN. The indicator lights turn orange whenever there is an issue with connectivity.

As far as connectivity goes, the R7000 Nighthawk features four Gigabit LAN ports at the back, a USB 3.0 port at the front, a Gigabit WAN port, a USB 2.0 port at the back and three antennae and hooks at the base that allow the router to be mooted on a wall. Considering the pricing, Netgear has seen fit to include features such as downstream QoS, which differentiates the R7000 from similar high-end routers like the Asus RT-AC68U, which offers upstream QoS. This feature allows for prioritising traffic so that tasks like gaming and video streaming take precedence over others. The R7000 also has Time Machine compatibility for Macs, ReadyShare Vault, a software client for Windows that gives users the ability to back up contents of a Windows machine to a hard drive connected via USB to the router, VPN service, an FTP server and a built-in DLNA and iTunes server.

Another feature that is included in the R7000 Nighthawk is Beamforming+, which is a radio wave technology included in the Wi-Fi 802.11ac standard that allows a router to transmit radio signals in the direction of a client device. While the R7000 is stuffed with features, most users getting a $200 router will be interested in the customisability, range and bandwidth.

Configuring the R7000 Nighthawk is quite straightforward — connect the router to a wall socket, plug in the WAN network cable, and switch on the unit. For first time configuration, the router comes with a default Wi-Fi network, with the SSID and password printed on a label that comes along with the box and on the base of the router. Once you log in to the default network, the installation is handed off to Netgear Genie, the vendor’s configuration utility.

You can either let the install wizard guide you through the configuration, or manually change the settings yourself. You also have the ability to restore settings from a file. If you’re rather like us and like to configure the settings by yourself, you can navigate to the manual configuration and change settings via the browser-based interface. The interface has a host of settings that allow you to monitor the number of devices connected to your network, manage SSID settings, configure a guest network, set up parental controls and manage devices via USB through ReadyShare. 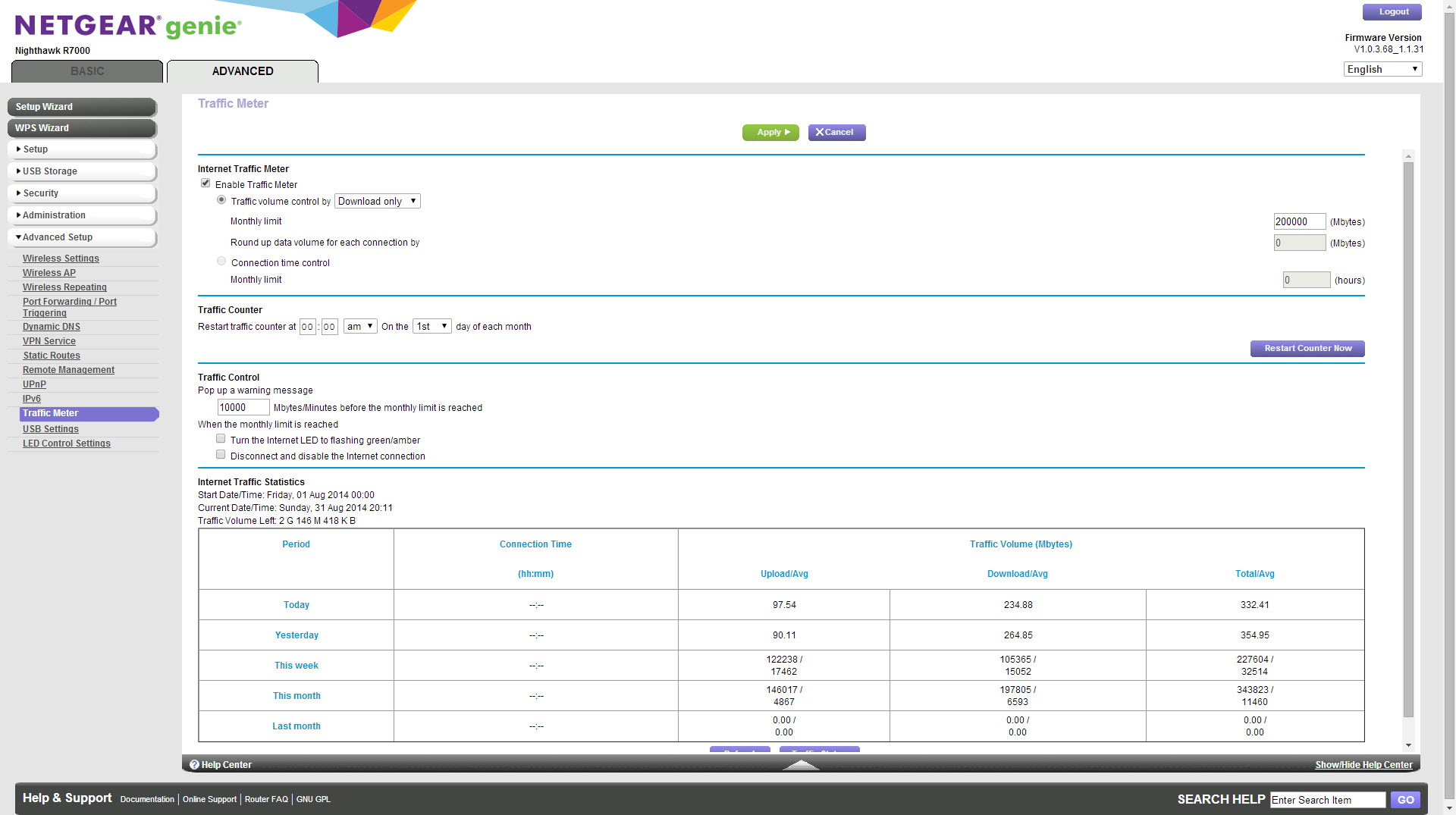 A useful feature on the R7000 is the ability to monitor your incoming and outgoing traffic via a traffic meter. If you’re on a limited data plan, this setting comes in handy as you can configure the router to change the status indicator to warn you when you’re near your data limit. You can also set the router to disable internet access entirely once you’ve exceeded your data limit.

With speeds of 600Mbps for the 2.4GHz band and 1300Mbps for the 5GHz band, the Nighthawk is one of the fastest routers in the market. However, to actually be able to test the advertised 600Mbps throughput on the 2.4GHz band, you need an AC1900 network card like the Asus PCE-AC68 with TurboQAM enabled. Once that’s installed, we can finally get down to testing the prowess of the Nighthawk.

We set up our router to a Synology NAS, ran a wired connector to a workstation and tested on several Wi-Fi ac enabled devices. First off, transferring files from the NAS was admittedly fast, as we averaged 60.45MBps reads and 40.2MBps writes. LAN to LAN throughput was at 950.3Mbps, with WAN to LAN at 910.6Mbps. USB transfers were also extremely fast, as we managed to get reads of 56.4MBps on USB 3.0, and 26.8MBps on USB 2.0.

At a distance of 25 meters behind solid walls and other obstructions, the R7000 pulled in 260.6Mbps on Wi-Fi ac. Reducing the distance to 10 meters with clear line of sight saw a dramatic increase to 521.5Mbps, while moving slightly farther away to 25 meters and obstructions netted 306.6Mbps. On the 2.4GHz band, the R7000 faltered slightly, as we only managed to achieve a maximum throughput of 186.9Mbps on the 40MHz bandwidth, and 97.6Mbps on 20MHz. In addition to the bandwidth, the R7000 offers stellar range, as the signal did not falter even once during our testing.

Netgear’s R7000 Nighthawk is one of the fastest, if not the fastest routers you can buy today. In addition to leading the field when it comes to throughput, the router offers stellar range and a host of features that differentiate it against other AC1900 routers, like the Asus RT-AC68U and Linksys WRT1900AC. One feature we’ve found to be useful when streaming content is downstream QoS, which is not offered by anyone else at the moment. For $199, the R7000 Nighthawk is the best router you can buy, considering that rival offerings cost slightly more at $229 for the RT-AC68U and $250 for the WRT1900AC.