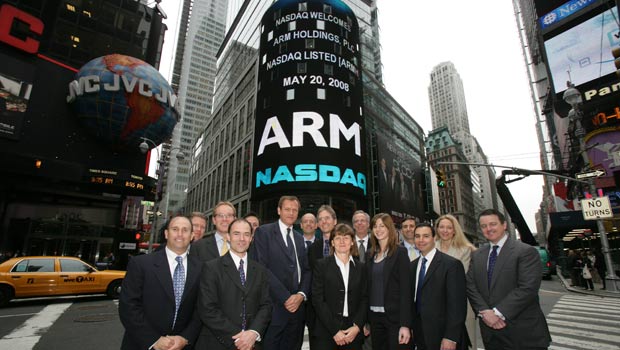 ARM announced the signing of the 50th licensing agreement for its ARMv8-A technology, which includes support for 64-bit computing.

Currently, SoCs containing these cores are sampling to vendors, with a consumer facing release scheduled for later this year. HTC is set to launch the first smartphone with a 64-bit CPU later this month, which is heavily rumored to be the Desire 820. The SoC will likely be Qualcomm’s Snapdragon 615, which features eight Cortex A53 cores, with four cores clocked at 1.8 GHz and four cores at 1.0 GHz. Other handset vendors similarly set t likely follow suit with 64-bit offerings of their own. Qualcomm’s move to offer stock ARM cores is interesting, as the hardware vendor has claimed that it will be a while before we see Krait CPUs on ARMv8-A architecture.

The shift to 64-bit CPUs will bring about discernible gains in performance, along with more virtual addressing that will see more use cases, mainly in the field of large-scale installations, like servers. ARM isn’t relying on one category of devices either, with the vendor stating its ambitions of building a core that can be utilised in a $20 smartphone. To further its research in the IoT and wearable segment, ARM established a CPU design center in Hsinchu, Taiwan, that will draw on the existing talent pool in the country. By having a presence in the country, ARM gets to be in close proximity to key semiconductor partners, like MediaTek. Its 64-bit platform was the effort of over four years of research, so by creating a facility to work on processors for wearable and IoT devices, ARM is ensuring that it doesn’t fall behind in a key segment, much like Intel has with the mobile processor segment.

ARM’s meteoric rise has been to Intel’s detriment, with the storied silicon manufacturer considering a move away from the mobile processor segment owing to a lack of significant hardware wins. The British vendor’s move to 64-bit will serve to further consolidate its position in the mobile processor industry. With its designs in over 50 billion chips, it is unlikely the vendor will see a wane in demand anytime soon.