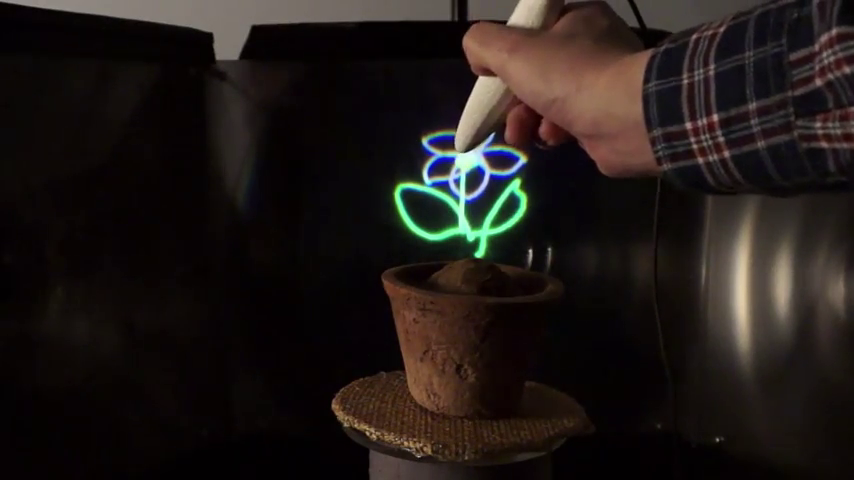 3D holograms may still look a bit too gimmicky, but the technology is getting better and better, as more and more new concepts for glassless 3D imaging are developed. In fact, this one particular breakthrough developed by a media design team at Keio University may be the closest to being a true hologram yet, as it introduces the idea of ‘tangible’ full-3D images.

HaptoMirage is a new display system that uses what its developers call as Active-Shuttered Real Image Autostereoscopy (ARIA). It is described as a 3D imaging technique that creates “seamless interactive multi-user mixed reality” with a full 180-degree rotatable image. Basically, it means that the 3D images made by HaptoMirage are generated with every view perspective possible, so it can be viewed in exactly the proper angle it should be when viewed in different directions.

For instance, two users positioned differently in front of the unit may view a virtual 3D car image as if it was a true holographic toy car. Instead of just imagining the object to be there, users can actually see the generated images in a more ‘tangible’ form, able to interact with them as if it was a real world object when programmed correctly.

The trick used by HaptoMirage to perfectly create rotatable 3D images is a motion tracking system that registers users that are in front of the unit. The data is then calculated to create a proper stereoscopic image, which the three Fresnel lenses in front would display to show its proper perspective and relative positioning.

The prototype shown in the video was first presented during the recently held SIGGRAPH 2014. Attendees of the event were able to see a few sample 3D images of the system, as well as using the interactive 3D pen drawer, which was also shown in the introduction video.

HaptoMirage may serve as an important tool in cooperative 3D design, where multiple users can build and create objects by simply manipulating tangible floating 3D images a la Tony Stark. Indeed, the development team expects the implementation of its concept to various mixed reality applications, where it can be used as a new expansive form of presentation and entertainment.