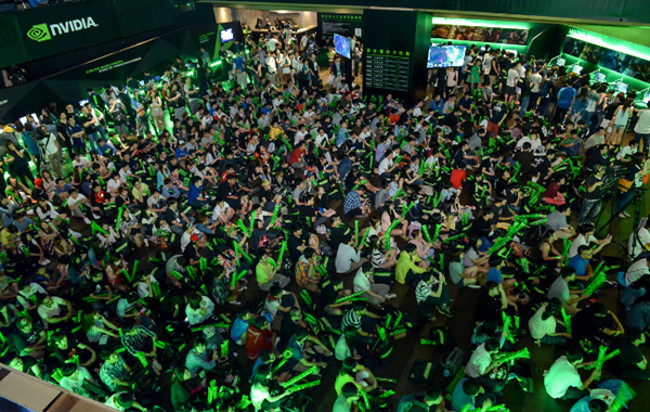 Hardware-maker Nvidia (NASDAQ: NVDA) is planning a massive celebration for PC gaming that will span the entire globe, and they want you to be a part of it.

The “PC gaming holiday” launches on Thursday, Sept. 18 at 6PM PST, and will be held in select cities across the world such as Los Angeles, Shanghai, Stockholm and London. Attendance and registration for the show are free of charge, and you can sign-up here.

Nvidia’s gaming event will start on September 18 and will run for a full 24-hours of interviews, eSports competitions, giveaways and game reveals.

Below you can find a list of show locations in the United States:

Continuous livestreams will be broadcasted around-the-clock for but it seems that you’ll need to sign-up for those as well.

It’ll be interesting to see what reveals that Nvidia’s show partners have planned, and we may even see some GPU/hardware announcements along the way. Also if Game24 turns out to be a success, it may lead to AMD countering with a mini-expo show of their own–what better way to build up hype for your hardware brand than to throw a massive PC gaming bash?

Be sure to drop by the Game24 website or check out the blog post from Nvidia’s Tom Petersen for more info on Game24.