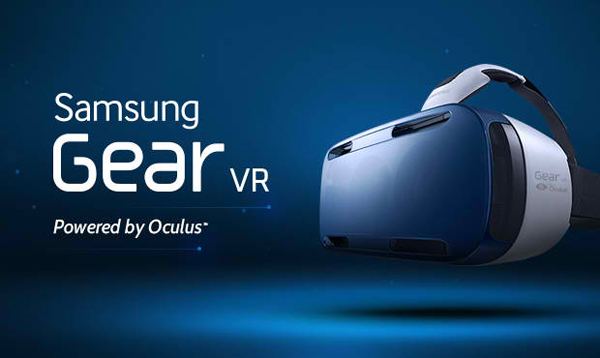 Samsung GearVR is just the first VR device from Samsung. The company plans to launch much more as a part of its "3 Steps" strategy.

Virtual reality is now the next big hype in consumer tech, and it is definitely proved by Samsung’s big announcement.

Samsung unveiled a new flagship phone at the IFA 2014, which is the long awaited Galaxy Note 4. Aside from the new phone however, an even more interesting announcement came in the form of a new VR headset, the Samsung Gear VR, which the company also promptly presented at the event.

The Gear VR is a VR headset that basically uses the Galaxy Note 4 as it base. It is very reminiscent of the Google Cardboard, where the unit is strapped in front of 3D lenses, though this one is designed as a dedicated unit. The 3D viewing experience is expected to be quite fascinating, and the concept very much picks up on what the Oculus Rift can do in terms of 3D virtual reality immersion. In fact, its software was actually designed in collaboration with Oculus, though this one has its own perks that differentiate it from what was already designed.

Since the entire software is on the phone itself, the Gear VR does not need wires or any other wireless connection (aside from the mounted Note 4 unit). As reported earlier, it uses the phone’s sensors to provide directional orientation to user. There are also various adjustment controls on the headset that lets the user fix viewing settings, or give the user access options. Compatibility with game controllers seems to be a given, though no information is yet available on games that would provide such an option. 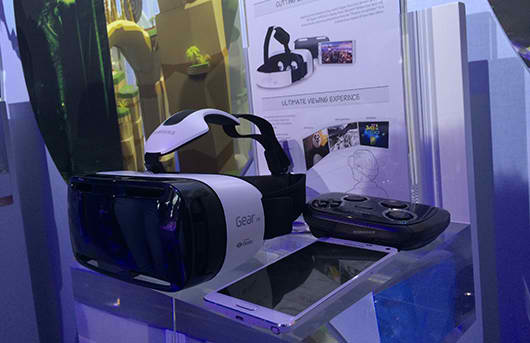 News and rumors regarding the Samsung Gear VR was already circulating around the web a few months earlier. However this is the only time that Samsung presented the actual working unit that testers could really try out and work on.

There is one flip side to the otherwise enticing VR offer by Samsung. The Gear VR is actually only compatible with the Galaxy Note 4, which means that you’d definitely have to purchase the entire set before you can experience Samsung’s version of a virtual reality experience.

The Samsung Gear VR is slated to be available later this year, though its price is still yet to be announced.