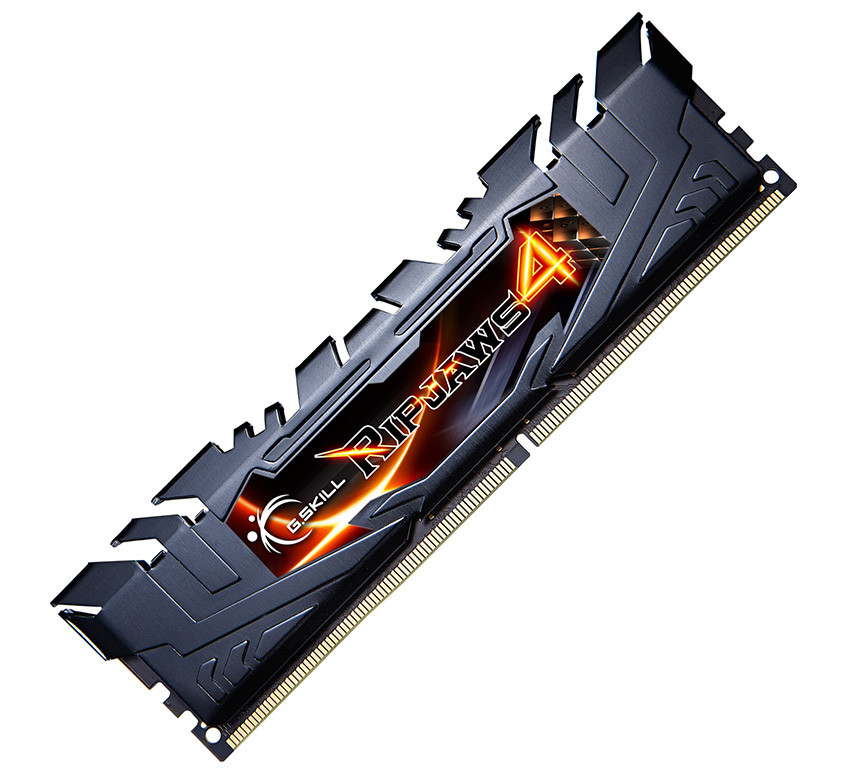 Although there are several DDR4 kits available for X99 motherboards, most modules are clocked at 2133 MHz and 2400 MHz.

The modules feature a CL timings of 16-16-16-36, which comes out to a latency of 9.6 nanoseconds. G.Skill was able to validate the latencies on a Rampage V Extreme. Base voltages for the modules are at 1.35V, which leaves a lot of overhead for overclocking. G.Skill is no stranger to overclocking, with the vendor stating last week that it was able to achieve a frequency of 4004 MHz using a liquid nitrogen cooled configuration.

Featuring a sleek black design scheme, G.Skill’s 3300 MHz and 3200 MHZ Ripjaws 4 modules will be available from September 5 on Newegg, with the 3333 MHz 16GB kit available now for $699. Other countries are slated to receive the modules later this year.