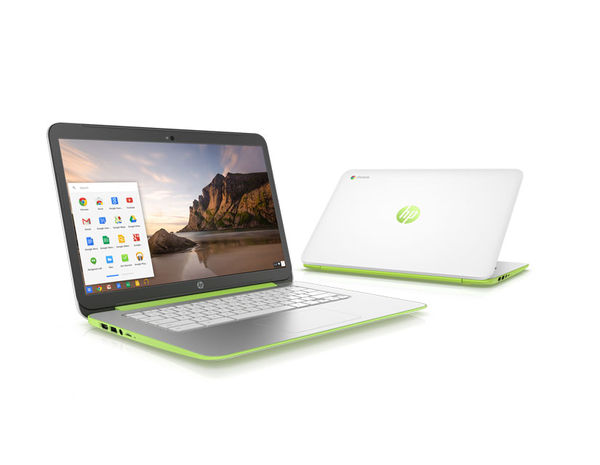 The Chromebook market is chock full of great models, and with the introduction of Tegra K1 Chromebooks, the segment has received a much-needed boost in terms of power. After Acer (TPE: 2353) announced the first Chromebook running Nvidia’s (NASDAQ: NVDA) Tegra K1, HP is joining the fray today by announcing two models — a Chromebook 11 that features a Bay Trail CPU, and a Chromebook 14 that comes with a Tegra K1 chip.

HP’s (NYSE: HPQ) Chromebook 11 seems like a much better offering, mainly due to the Celeron N2830 CPU, which is a much better processor than the ARM-based variants included in the first-gen Chromebooks. Memory has also received a boost, with the 11-inch model now available in 4 GB as well as 2 GB DDR3L RAM clocked at 1333MHz. True to form, HP will be offering both Wi-Fi only and LTE models of the Chromebook 11, with the Wi-Fi version featuring an Intel 2×2 802.11ac modem, while the LTE variant has an HP M.2 3042-S3 LTE/HSPA broadband module.

Things get more interesting with the Chromebook 14, which features Nvidia’s powerful Tegra K1 CPU. The additional gaming prowess provided by the K1 should be able to handle anything ChromeOS throws at it with ease. In terms of hardware, you can configure the Chromebook 14 with either 2 or 4 GB RAM, 16 or 32 GB SSD, and HP will offer LTE and Wi-Fi only versions of the larger model as well. As is standard with all Chromebooks, the Chromebook 11 and Chromebook 14 come with 100 GB Google Drive storage for two years.

Customisability is also another area where HP has lavished its attention on, with the 11-inch model available in Ocean Turquoise and Snow White, while the Chromebook 14 is available in Smoke Silver, Sorbet Orange, Ocean Turquoise, and Neon Green. The keyboard also has a polished look to it that is indicative of a machine that costs much more.

In terms of connectivity, the 11-inch model has one USB 3.0, one USB 2.0 and an HDMI out. The 14-inch model has an additional USB 2.0 port. HP is claiming a battery life of eight and a half hours on both models.

The Chromebook 11 will be starting at just $199, and the larger 14-inch model will cost $299. While most Chromebooks offered thus far have been decent, there isn’t a single model that ticks all boxes. Toshiba’s Chromebook 2 came close with a full-HD screen and 4 GB RAM, but the lack of a Haswell-based CPU was a big letdown. HP’s latest Chromebooks are a similar matter. They offer so much — 4 GB RAM, a fresh design, LTE connectivity and great battery life — but lose out when it comes to the screen resolution, which for some reason is still 1366 x 768. The same hardware and a full-HD screen would have cinched the deal for HP and established these models as the Chromebooks to get. But the lacklustre screen, mainly on the 14-inch model, will be a dealbreaker for most.