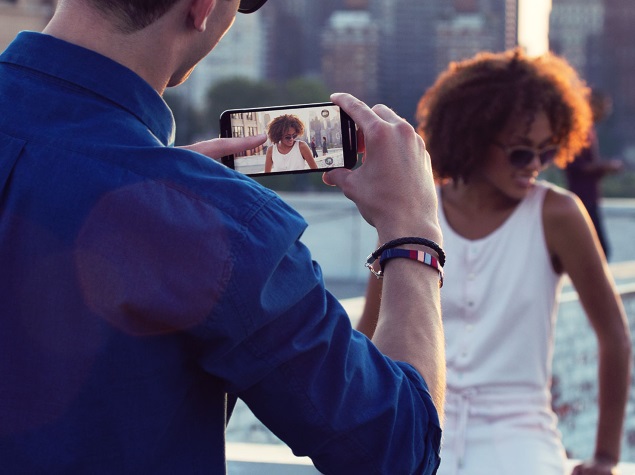 At an event in New Delhi, Motorola (NYSE: MSI) unveiled the new Moto G for the Indian market, with the device set to go on sale later today on Flipkart. Like the first-generation Moto G, the latest model offers great value for money. As is becoming the case with more and more manufacturers, Motorola has taken the “if it ain’t broke, don’t fix it” motto with the new Moto G. Barring slight visual changes, the new Moto G is virtually identical to its predecessor.

The new Moto G features a 5-inch 720p display, the only major change in terms of the hardware. The larger screen is a noticeable jump when seen against the 4.5-inch screen of the Moto G, although other than the device being slightly taller, in terms of the form factor, the new Moto G is almost identical to the older handset. Design has been altered, with the Moto G looking more like a stretched out Moto E thanks to the placement of the speakers at the front.

Another notable addition is the 8 MP shooter at the back, from the 5 MP version that was included in the first-gen Moto G. The front shooter at 2 MP is also better than the 1.3 MP shooter that is available on the first-gen Moto G. The new model comes with a microSD card slot, a feature that was one of the most requested in the previous generation.

Otherwise, the hardware is identical — the new Moto G also comes with 1 GB RAM, 8/16 GB internal memory variations, Snapdragon 400 SoC with quad-core 1.2 GHz Cortex A7 CPU, Bluetooth 4.0 LE, microUSB 2.0 and 2070 mAh battery. The new Moto G has a newer Wi-Fi modem that brings Wi-Fi 802.11 ac connectivity, which is indicative of the general trend in the handset market, which is seeing more and more mid-tier devices featuring the latest Wi-Fi standard.

As has been the case for Motorola ever since its resurgence, the Moto G in India will be sold exclusively on Flipkart, with sales set to commence at 12 AM tonight. The 16 GB version of the device will be available at Rs. 12,999 ($215); which is Rs. 1,000 ($16) less than what the first-generation Moto G launched for in the country. With the launch of the new model, Flipkart is halting sales of the older Moto G. At the price, the new Moto G is a great recommendation, but the launch of the device has left owners of the first-gen Moto G with a sour taste, considering the older model itself made its debut in the country in March. Barring that, the new Moto G is a great handset for the price it commands, and should continue Motorola’s growth in the country.