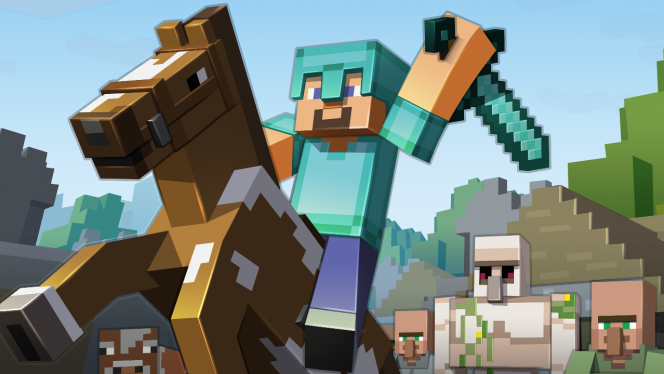 UPDATE: Bloomberg reports that Mojang founder Markus Persson originally initiated the deal and has made plans to leave the studio after the sale.

The publication cites the favorable working relationship fostered by Minecraft’s move to Xbox as a primary motivator, and that “both companies have agreed on a framework and a price”. Apparently both Microsoft and Mojang have been negotiating ever since.

It’s also mentioned that new Xbox head Phil Spencer is a personal friend of the developer, and that they’ve spent time together outside the industry.

Markus “Notch” Persson has yet to comment in any official capacity, and no Twitter updates have been revealed thus far.

Microsoft is currently in discussions to buy Mojang, the Swedish developer of the blockbuster indie Minecraft, the Wall Street Journal reports.

WSJ cites the source of the report as a “person with knowledge of the matter”, and that Microsoft could spend as much as $2 billion on the deal.

To date Mojang’s indie sensation Minecraft has been one of the best-selling indie games in history, and has smash various records. As of June 2014 the game sold more than 54 million copies across all platforms, and has a home on consoles, PC, mobile devices and handhelds. It also just released on the PlayStation 4.

Interestingly enough, Markus “Notch” Persson, the creator and head of Mojang, doesn’t always agree with industry buyouts. Persson was markedly against Facebook buying Oculus VR–the firm behind the Oculus Rift virtual reality headset–and event went so far as to cancel a port of Minecraft for the headset in protest.

We can only speculate what Notch thinks about Microsoft, or the reports of a deal.

Microsoft picking up the developer could boost its current flagging presence in the industry, but it’d run the risk of alienating a huge segment of fans in the process. It could be beneficial but it’d have to be handled perfectly–and with recent events showing the Xbox One’s launch in Japan was a flop, this may be something Microsoft could mishandle.

Furthermore Minecraft isn’t just a game any more: it’s a giant franchise. There are Minecraft toys, accessories, foam pickaxes, shirts, and even Lego sets built around the ultra-popular brand. Microsoft acquiring this label would mean inheriting the rights to all said merchandise licenses, and that would mean big bucks.

In any case, we’ll be sure to keep you updated when new information comes to light. For now the reports must be chalked up to rumor and speculation, but it’ll be interesting to see what Notch has to say about all of this.