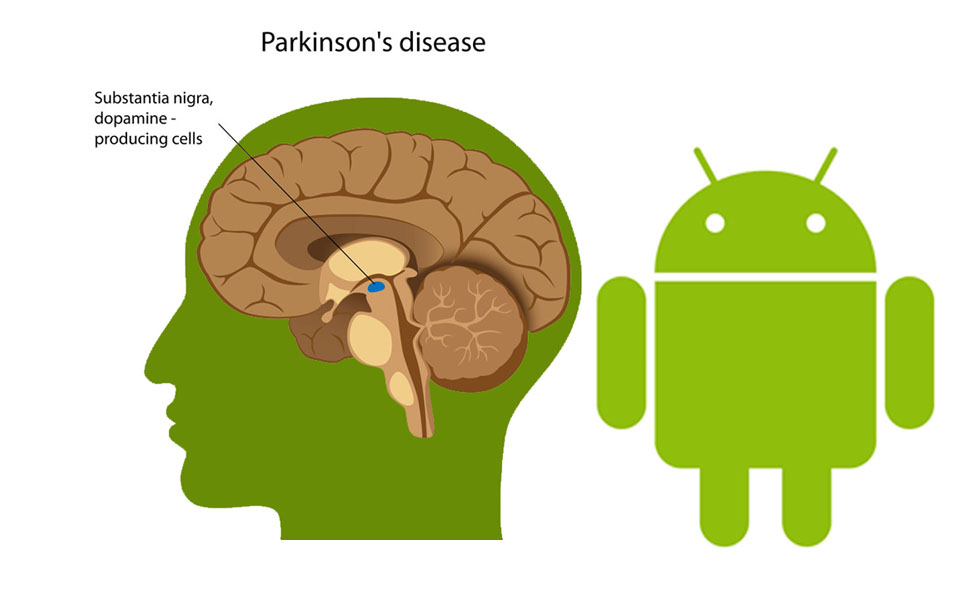 The University of Rochester Medical Center Smartphone-PD study is partnering Android smartphones with Parkinson’s disease research professionals. Your voice recorded via the digital microphone in your phone, run through software developed by the Non-Linearity and Complexity Research Group at Aston University coupled with machine learning can quantify where a person lies between health and disease. This news comes from Dr. Max Little of Aston in Birmingham, England. 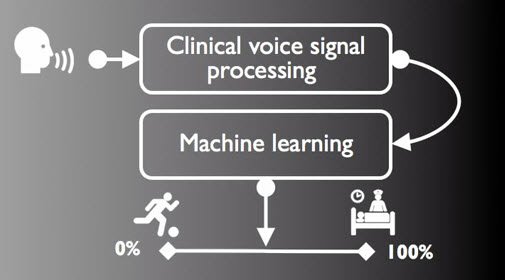 The recent revelation that Robin Williams was diagnosed with Parkinson`s has again brought attention to the disease. Research has shown a definite connection between Parkinson’s disease (PD) a degenerative motor system disorder and speech impairment. PD causes tremors, typically starting in one hand, painful and rigid muscles, slowed movements, and impaired balance. The problems affect not only your limbs, but your vocal organs. The voice becomes more quiet and breathy. Neither definitive blood tests, nor biomarkers indicate Parkinson’s, but the subtle changes in vocalization easily picked up from a smartphone and analyzed by specific software can help detect and monitor the disease. 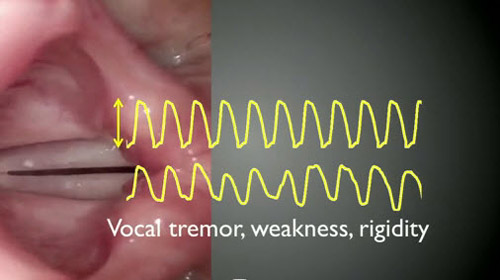 This connection between Parkinson’s and speech impairment is the foundation for the Smartphone-PD study. Sound waves are caused by fluctuations in air pressure when the vocal folds/cords of the larynx/voicebox which lay over the trachea/windpipe vibrate. Dysphonia –disorders of the voice – can point to the early onset of PD through the use of speech signal processing algorithms.

Additionally, accelerometers in the smartphone can be used to pick up on movements characteristic of PD such as freezing of gait when the person walks. Add GPS and other smartphone data, such as indications of socialization, and the software analysis of those behaviors can result in a diagnostic algorithm for Parkinson’s.

The app was also tested at the University of Oxford. Dr. Michele Hu, consultant neurologist at the Oxford Parkinson’s Disease Centre said: “It’s a much better way of assessing overall disease – a better measure of progression and response to treatment,” Researchers continue to look for ways to diagnose PD from subtle changes that take place in the brain up to 15 years before the appearance of overt symptoms. Smartphone technology is among the approaches being tested.

Dopamine is a neurotransmitter made in the brain. When the cells that make dopamine slowly die, the result is a progressive lack of control over your muscles. The symptoms were first identified by James Parkinson in 1817. Parkinson’s disease usually affects people who are over 50. The early detection hoped for by the Smartphone-PD study is important because there is neither cure nor treatment to prevent or reverse the neuronal cell loss that occurs in Parkinson’s. Medications only provide temporary relief from the debilitating symptoms.

A Patient’s Voice Analysis (PVA) team is comprised of Dr. Little and other scientists from PatientsLikeMe and Sage Bionetworks who employs statistical geneticists and computational biologists. These teams will review voice recordings collected and analyzed by the software along with information supplied by patients using a program from PatientsLikeMe. The Parkinson’s Disease Rating Scale (PDRS) is a tool that uses patients’ answers to questions that measure treatment effectiveness and disease progression.

Paul Wicks, Ph.D., Vice President of Innovation at PatientsLikeMe says: “We invite anyone who has PD to take part and join PatientsLikeMe, so they can stay informed about their condition and generate new insights about this disease”. Dr. Little’s team also wants healthy individuals to sign up for comparative purposes. Social media has become such a boon to research. Little asks that you consider helping this cause at no charge to you.

A fairly extensive consent form that checks to be sure you understand the purpose and scope of the study and your participation in it can be found here.