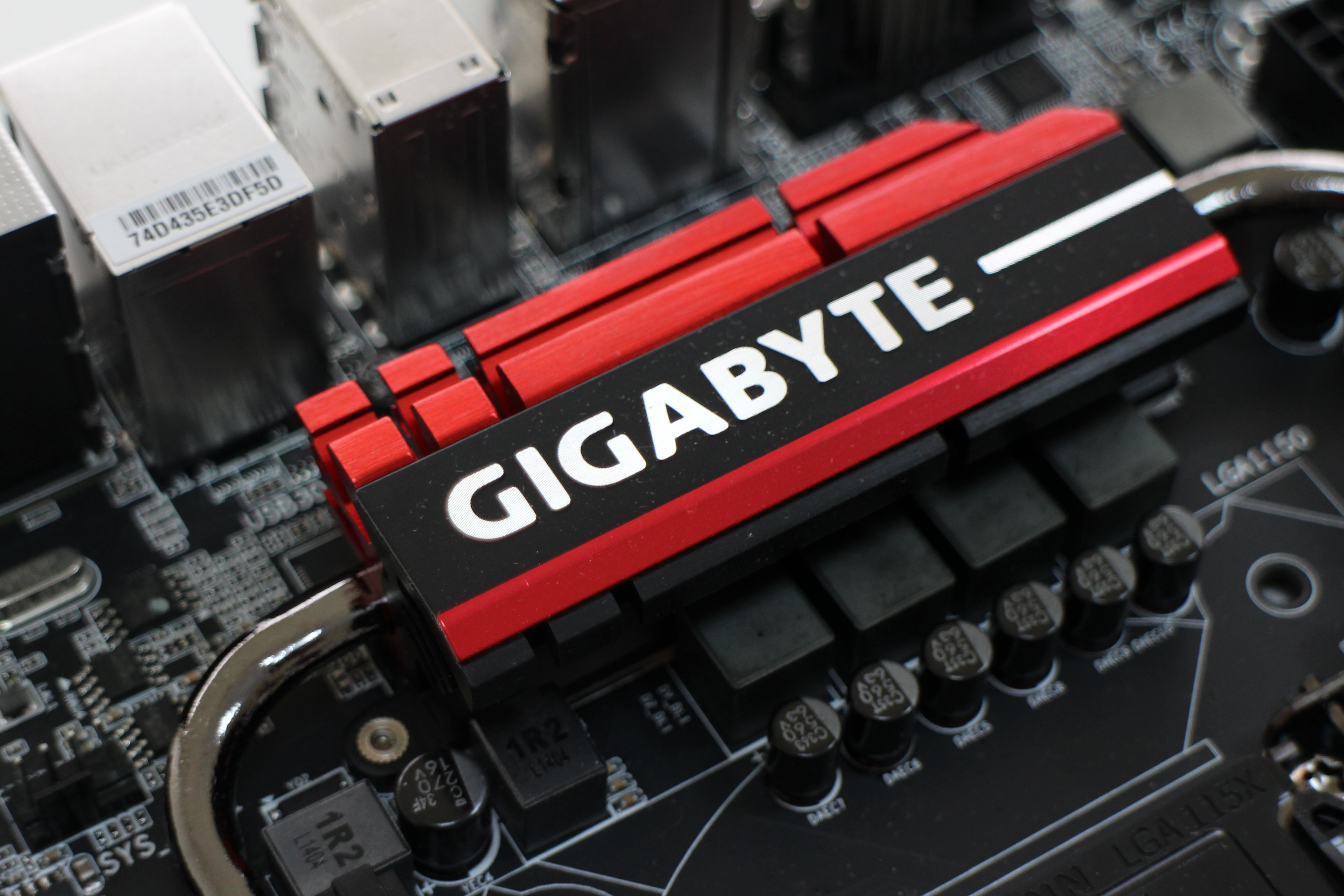 Gigabyte is continuing its strong series of offerings in the gaming segment with the launch of the Z97X Gaming GT, a mid-tier motherboard aimed at enthusiast gamers. The board itself is similar to the Z97X Gaming G1, with a few changes – the Gaming GT does not come with liquid cooling support along the sides of the CPU heatsink. What is new in the board is an increased focus on audio. Like most motherboard vendors, Gigabyte is differentiating its product lines by design — the overclocking boards feature an orange and black design motif, while the gaming series of motherboards come with a black on red design. The matte design and the layout of the heatsink gives the Gaming GT a clean look, and the LED trace path lighting illuminates the distinction between the PCB layers and the board’s audio components. 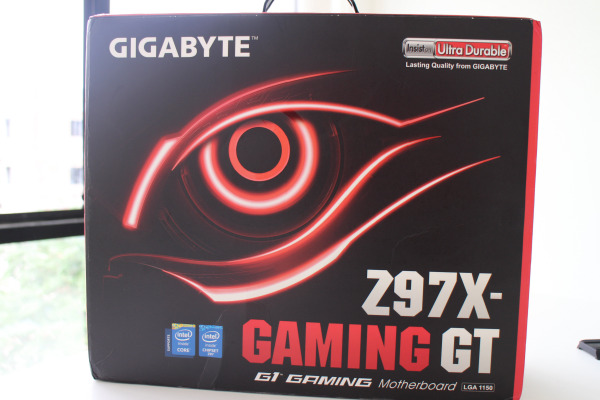 Gigabyte packages the Z97X Gaming GT in a premium box that has a carrying handle and a front cover with a rectangular cutout window that allows you to inspect the motherboard without taking it out of the box. 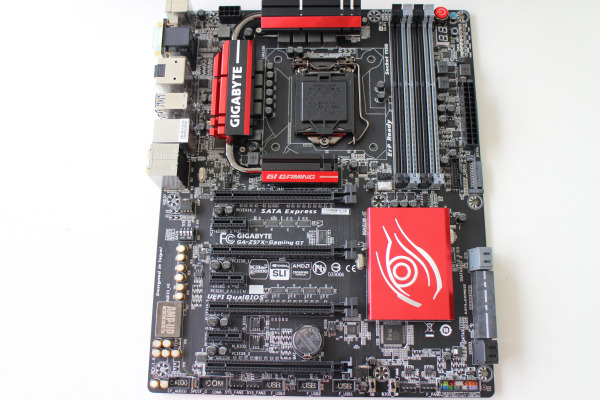 Going over the hardware, it is easy to notice the 8 phase power design and black solid capacitors, which sits just under the CPU heatsink. Beneath the heatsink sit the MOSFETs and a 40nm PLX PEX8747-CA80FBC chip, a 5-port 48-lane PCIe Gen 3 switch that allows you to switch between multiple PCI Express hosts, a feature necessary on a board with a four-way GPU configuration. 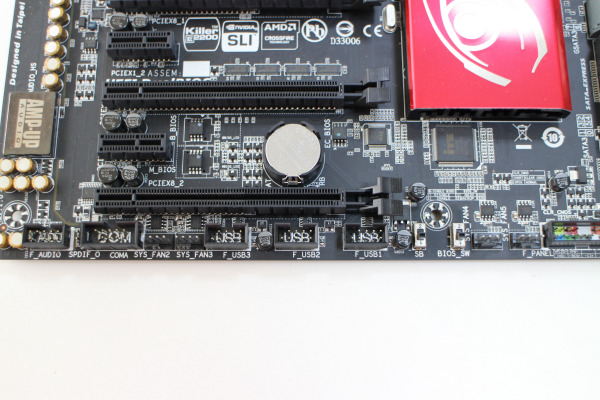 Talking about GPUs, the Z97X Gaming GT has two PCIE x16 and two PCIE x8 lanes, with three PCI x1 slots in between. Next to the CPU heatsink are the DRAM slots, USB 3.0 headers, a SATA power connector, CMOS and reset switches along with a debug LED and a 24 pin ATX power connector. The four DDR3 DIMM slots can accommodate a total of 32 GB RAM, and can facilitate memory modules of frequencies up to 3200 MHz and XMP 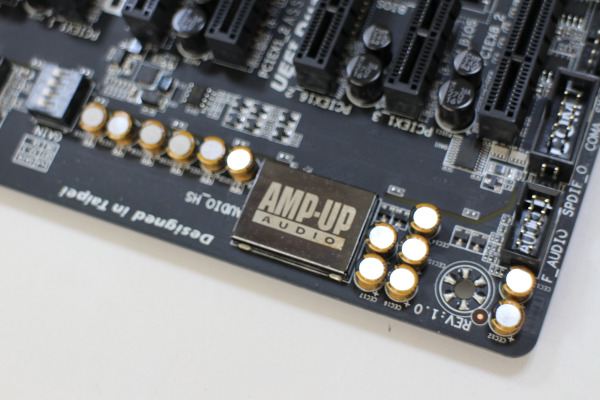 The audio section on the board is interesting, as the Z97X Gaming GT comes with an AMP-UP audio processor, which is an on-board amp that offers Creative Sound Core3D with gold plated shielding, built-in headphone amplifier, high-end Nichicon audio capacitors and 15u plated gold connectors. Users also have the ability to upgrade amps based on their listening preferences. 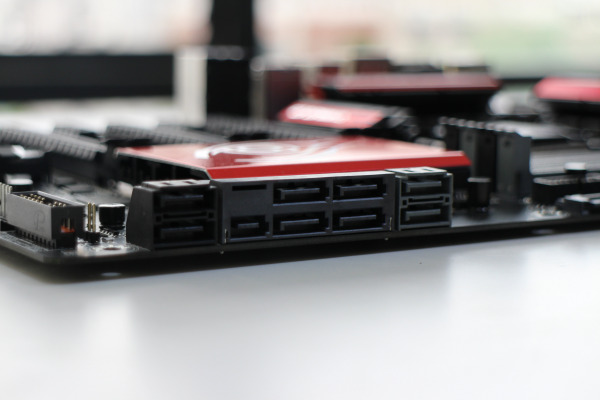 On the other side of the motherboard, we find six SATA III and one SATA Express ports. There is an additional Marvell controller that adds two SATA ports. The lower section of the board are where the fan, audio and front panel headers are located. The board has connectors that allow you to connect voltage regulators, but does not feature dedicated OC buttons, which are a mainstay of Gigabyte’s OC line of motherboards. 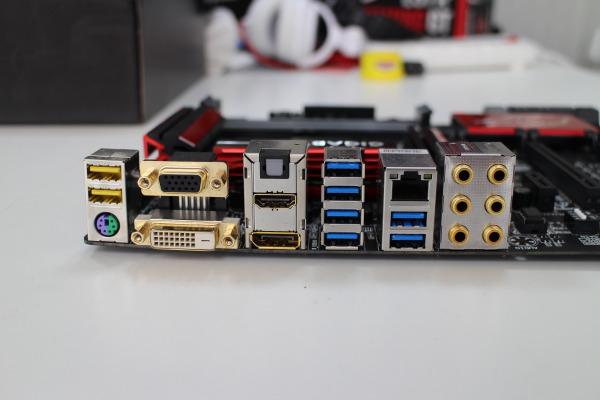 In terms of ports, Gigabyte is offering two yellow plated USB 2.0 ports that are designed to be used to connect a DAC. The shielded USB DAP-UP ports ensure distortion-free sound delivery. Beneath the USB 2.0 ports is a combo PS/2 port, and next to that we find a VGA port, DVI port, optical S/PDIF out, HDMI out, DisplayPort and six USB 3.0 ports. There is a single gigabit Ethernet port, which is a Qualcomm Atheros Killer E2200 NIC.  Audio is delivered through a gold plated 7.1 channel Realtek ALC1150 that has a SNR of 115dB.

Gigabyte offers three BIOS interfaces, a classic mode, a StartUp Guide that gives first-time users a minimalistic set of controls and a tweak mode that allows enthusiast users to fine tune settings. There is also a control center that allows users to over clock settings from within Windows should they choose to do so. The control center comes with a host of configurable options that allow you to monitor and change CPU and memory voltages, configure audio settings and change system fan settings. Even though this motherboard isn’t catered to the overclocking segment, you can change voltages and memory profiles via the bundled EasyOC software from the Gigabyte suite of utilities. We put the Gigabyte Z97X Gaming GT through a series of benchmarks to test its overall stability, and while a motherboard in itself does not give you better benchmark scores, the additional features, like the high-end audio hardware and the Killer NIC differentiate the gaming-focused boards from the more mainstream models.

Since the Devil’s Canyon CPU is aimed at the overclocking segment, we’ll take a look at the stock benchmarks at 4 GHz and then see how the CPU fares at 4.5 GHz. First up is CineBench R15:

Then we move on to Futuremark’s PCMark 8: 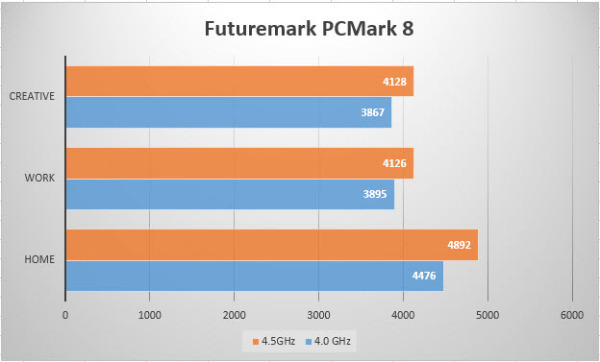 3DMark’s Fire Strike gives us a good look at the overall hardware prowess: 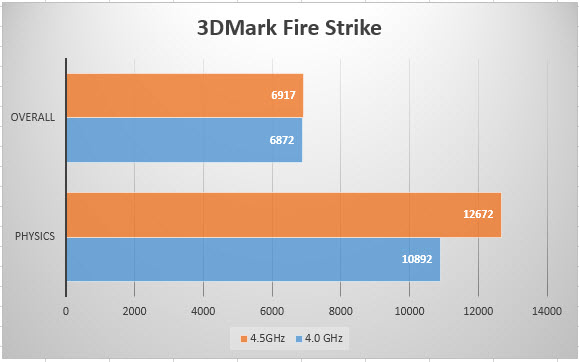 In the gaming benchmarks, we see that the GTX 770 is an adequate card for current-gen titles: 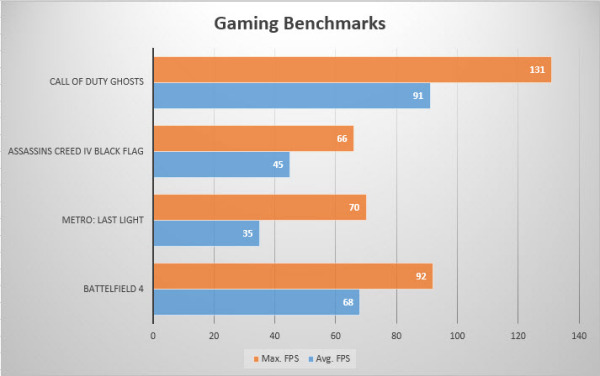 Gigabyte is selling the Z97X Gaming GT in the vicinity of $320 (Rs.19,299) in India, and $225 elsewhere. For the price it is being offered at, the Z97X Gaming GT is a great choice if you’re looking to go the multi-GPU route. The BIOS gives you a wealth of settings, and Gigabyte’s software utilities allow you to tweak every facet of your system with ease. EasyTune is one of the easiest ways for novice users to overclock their system without having to manually change settings in the BIOS. The high-end audio hardware is a nice touch, with the built-in audio processor providing a noticeable improvement in audio quality. The only downside with the motherboard is that even though it has the Z97 chipset, there is no M.2 slot. You’re not missing out on much as hardware that makes use of the M.2 slot is not yet commercial, but it would have been a good feature to have.