The newly launched shooter Destiny has grossed more than $300 million in its first five days of availability, Activision (NASDAQ: ATVI) has announced today.

Sales across the five-day period are estimated at $325 million, and include worldwide

According the publisher, this is just one of the numerous sales milestones and records that the popular MMO-esque shooter has smashed. Other noteworthy achievements pin Destiny as the best-selling new video game franchise of all time, and it even holds the prestige as the highest day-one digital console release in history. 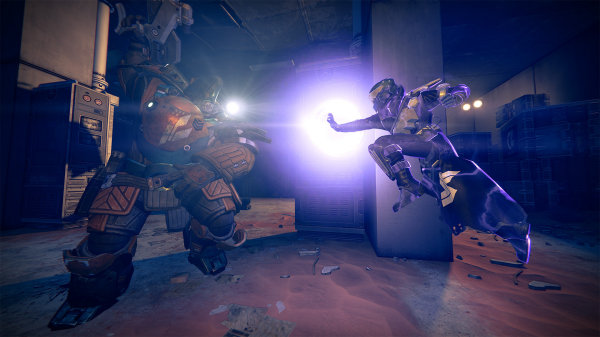 According to the developers, gamers have played over 100 million hours in the first week alone. Players have also taken part in over 137 million in-game activities over this same period, ranging from co-operative Strikes, Story missions and PvP-style Crucible matches.

That’s a lot of intergalactic firefighting.

“…This is just the beginning. Destiny is a platform that will grow and evolve and we will continue to work closely with our partners at Bungie to bring a long line of new experiences and content to life in the game.”

These reports are curious when compared to last week’s announcement that Destiny hit over $500 million in day-one sales.

We may be able to assume that the current sales figure of $325 million is after the initial launch sales, and that Destiny has sold a combined estimated total of $825 million in worldwide purchases to date.

In any case, the online shooter-slash-RPG has received quite a bit of acclaim from gamers since its release, but has garnered mixed reception from critics. We’ll have out official Destiny review up on VR-World here soon, so be on the look out for that in the next few days.

Destiny is now available on Xbox One, PlayStation 4, PlayStation 3, and Xbox 360 for $59.99. For more information be sure to drop by Bungie’s official website.