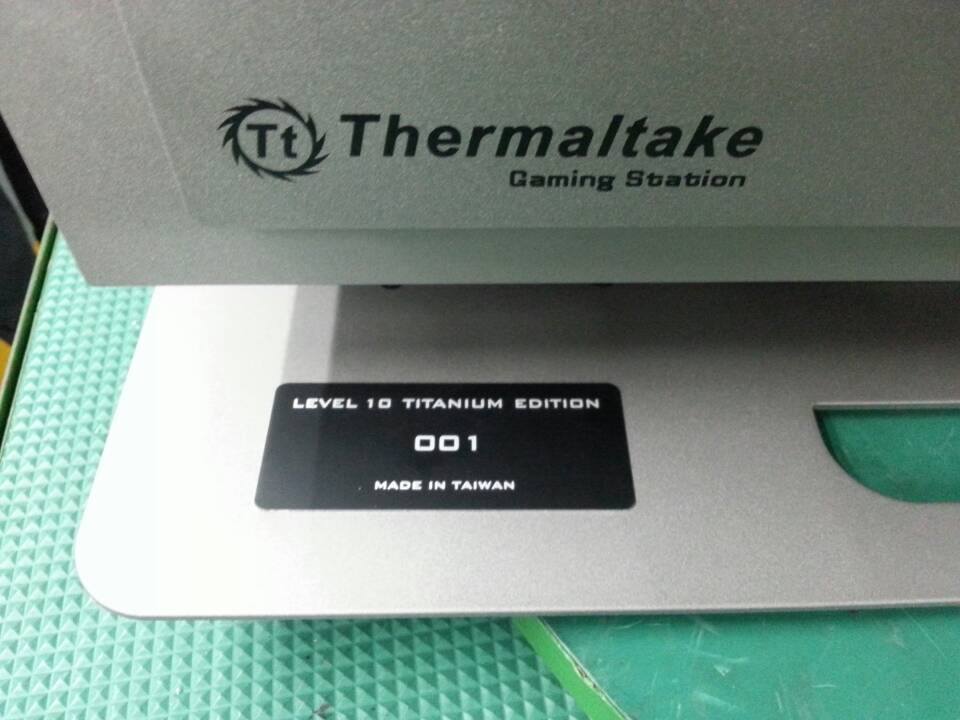 According to a picture recently published by Kenny Lin, CEO of Thermaltake Technology, the company is getting ready to announce its ultimate product, another take on the successful collaboration with the BMW Design studios in California.

The company did not release any official information about the part, with the exception being a higher-than-usual price tag due to the type and quality of materials used. The name “Titanium Edition” comes from the material being used and it will probably end up being a sight to behold.

When the original Level 10 appeared on the market, it was one of first, if not the first PC case to make mainstream media, from fashion magazines such as Vogue to news TV stations worldwide. Collaboration between BMW Design studio and Thermaltake was named as the perfect marriage between German efficiency and precision in design, American no-holds-barred attitude and a Far Eastern vendor that wanted to break away from generalizations associated with quality and originality.

First Level 10 ended up being sold out, and some eBay auctions even went into four figures but Thermaltake focused on making more mainstream versions of the part, which reduced the price, but quality as well.

Level 10 Titanium Edition should make a return to highest echelons of quality, and we wonder how many hours will pass before the whole 500 unit run ends up being grabbed by the collectors and design aficionados alike.