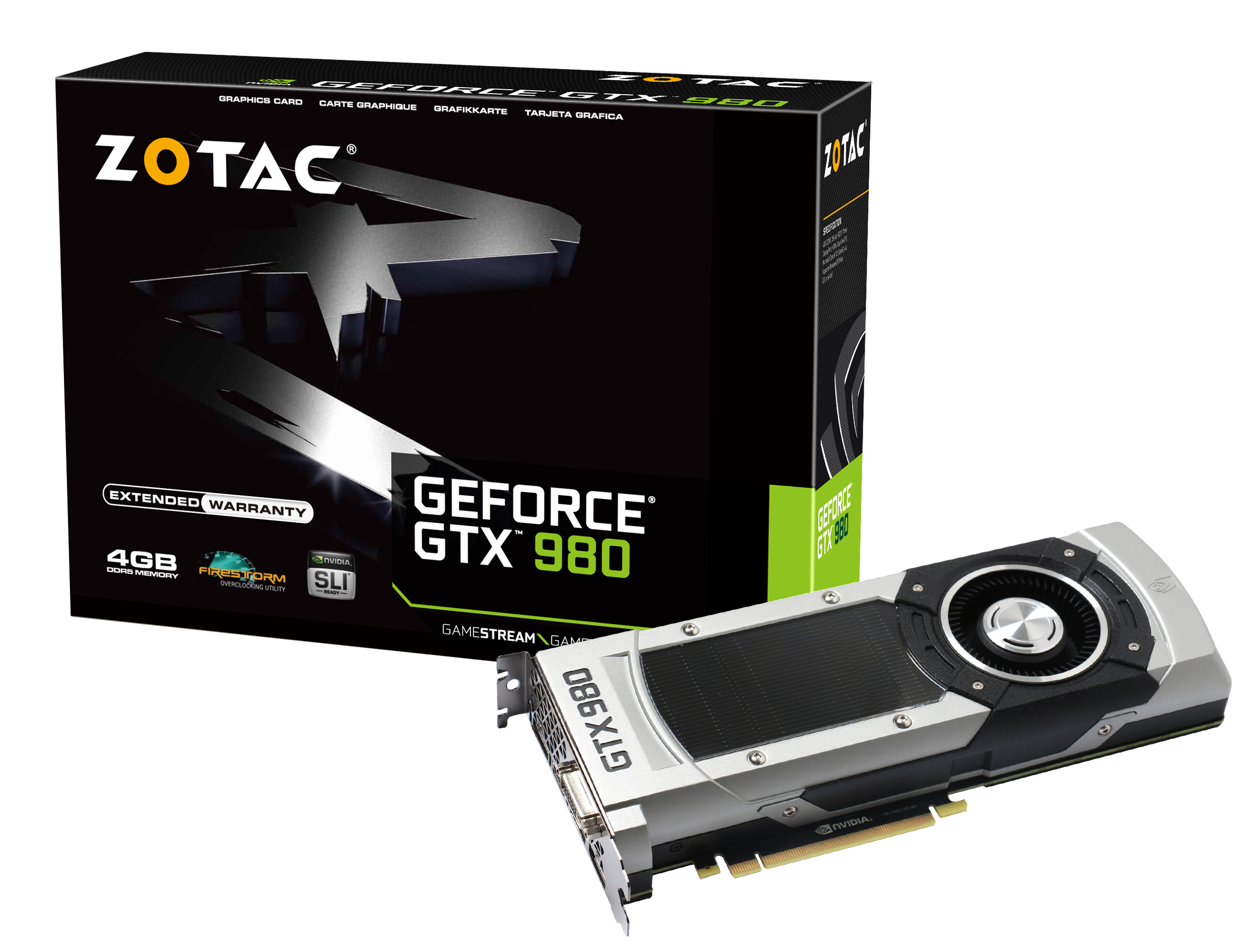 After months of rumors, the GeForce GTX 980 is official, and now hardware vendors are launching their own versions of the card. The rumors indicated that while GTX 970 would come in overclocked variants, the GTX 980 would be available only as a reference card, at least initially. This, thankfully, is not the case, as Zotac has three variants of the card: a standard reference variant, an overcooking edition and an extreme edition that is catered to the enthusiast gamer segment.

All cards feature Zotac’s FireStorm customization utility, although the overclocked editions get more bells and whistles in the form of a custom cooler, more durable design and visible gains in performance.

The standard version of the GTX 980 has core clock of 1126 MHz with a boost clock of 1216 MHz, and includes 2048 CUDA cores, 4 GB GDDR5 video memory, 256-bit wide memory interface and a memory clock of 7010 MHz. For the base variant, Zotac is not including any modifications form the reference design, which is evident when you take a look at the card. The cooler stack is identical to that of the GTX 780 Ti.

In terms of display connectors, Zotac’s cards have one HDMI 2.0, which has a max output of 4K, as well as three DisplayPort 1.2 ports, also able to output at 4K. There is a dual-link DVI that allows you to scale to QHD resolutions.

The omega variant of the card features a new cooler fan stack that Zotac calls IceStorm, as well as an exterior design that is called ExoArmor. The omega version clocks in at 1202 MHz core, and 1304 MHz boost. With a maximum power consumption figure of 200W, the card has two 8-pin power connectors, similar to that of the extreme edition of the card.

Nvidia is touting the GTX 980 as the fastest video card in the world, and early benchmarks indicate that this is the case, with the card easily outpacing the R9 290X. Another win for Nvidia is the power consumption figures, with the reference design card touted to max out at 165W. We will be testing Nvidia’s figures in detail in a review, so stay tuned for more on the series 9xx video cards.