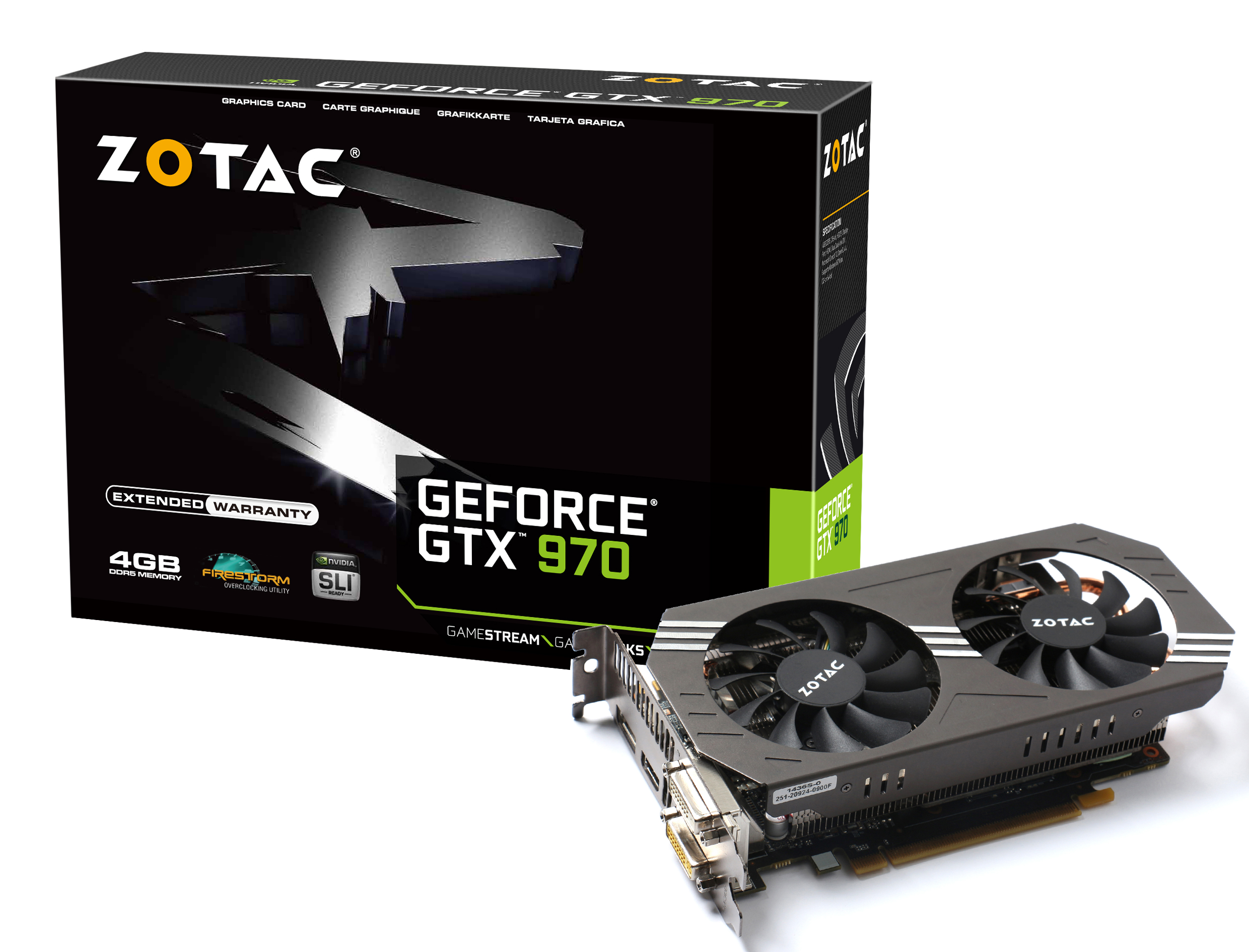 Now that the Maxwell-based Nvidia (NASDAQ: NVDA) 9xx series is official, hardware vendors are starting to offer their custom variants. Zotac, known for its overclocked video cards, is catering to all segments of gamers by offering three video cards based on the GeForce GTX 970 — a reference design, an enthusiast overclocked model that features higher clocks, and an extreme edition that features three cooling fans.

The reference GTX 970, which Zotac is referring to as the Zotac GeForce GTX 970, has dimensions of 204 mm, which should allow it to fit in most mid-tower enclosures with ease. The rumors surrounding the GTX 9xx series and HDMI 2.0 turned out to be spot on, as Zotac’s card features a HDMI 2.0 that can output 4K at 60 Hz in addition to two dual-link DVI that can output a quad-HD resolution of 2560 x 1600, and a DisplayPort 1.2 that can also handle a 4K output.

The stock GTX 970 has a base clock of 1076 MHz, boost clock of 1216 MHz, 1664 CUDA cores and 4 GB GDDR5 video memory on a 256-bit memory interface. The card features two 80 mm fans, and is quite energy efficient, with a maximum power consumption figure quoted at 145W. As such, the card features two 6-pin power connectors.

Every manufacturer is looking to differentiate its offerings from other vendors in this space, and Zotac is doing so by offering something called Power+, which the vendor claims is a more efficient way of power delivery, which is achieved by using high-quality capacitors that are claimed to last times longer than what is the industry standard.

Zotac is also offering quick customization by way of a utility called FireStorm, through which you can monitor real-time statistics, set profiles and overclock the video card with ease.

In addition to Zotac-exclusive features, the DirectX 12-enabled GTX 970 comes with Nvidia’s suite of technologies that include Nvidia G-Sync, GameStream and GameWorks among others. 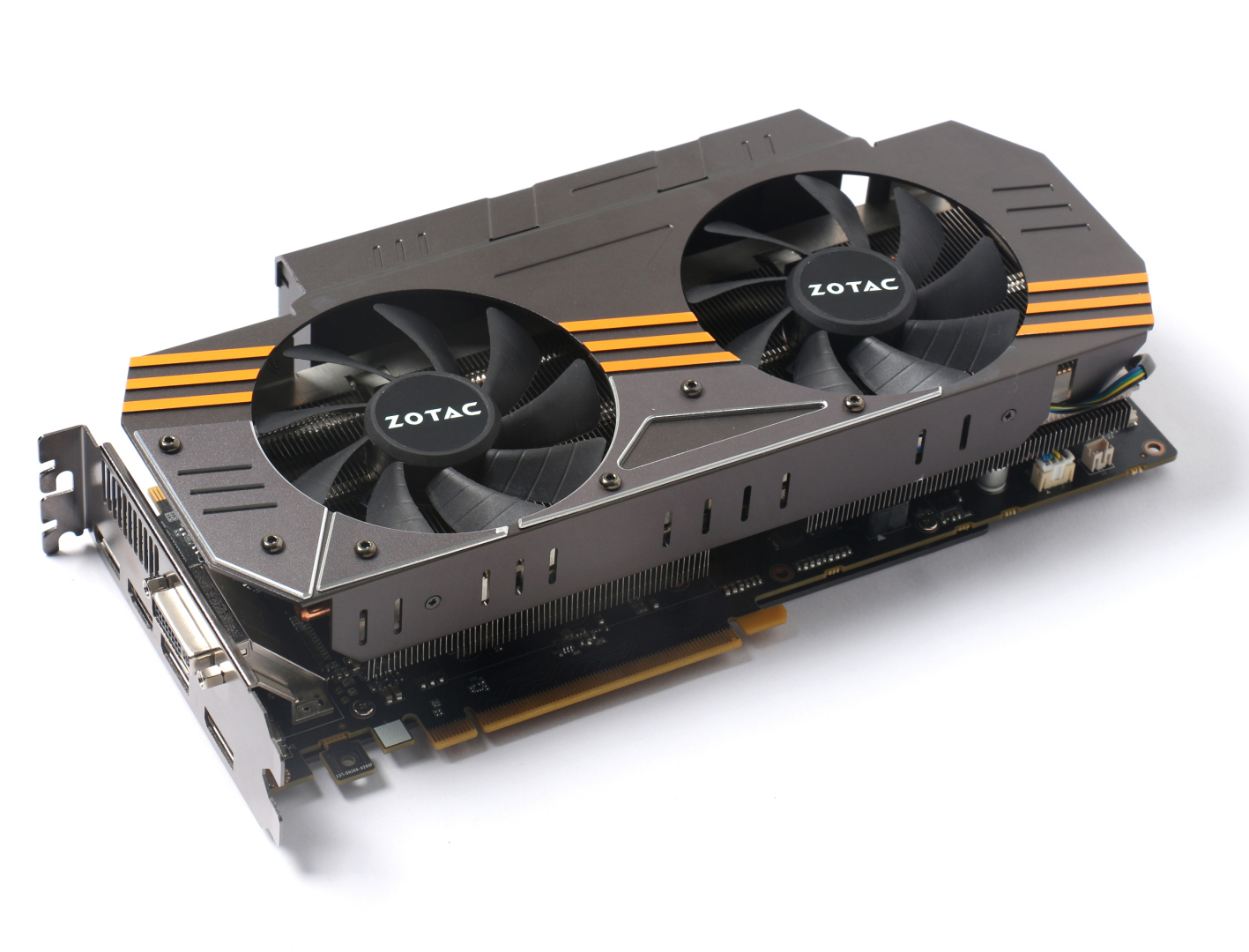 The Omega edition falls in between the standard variant and the extreme overclocked version. While the reference design is a dual-slot card, the omega and extreme editions take up three card slots. With a length of 268 mm, the omega edition should not have any issue fitting into cabinets. Both the omega and extreme editions have the same display connectors, which include one HDMI 2.0 and three DisplayPort 1.2, both with 4K output, as well as a dual-link DVI that can handle resolutions of 2560 x 1600.

Being a factory overclocked model, Zotac’s GTX 970 omega edition comes with base clocks of 1102 MHz and boost clocks of 1241 MHz, with other specs similar to that of the standard GTX 970. The overclocked model is not as power efficient with a maximum power consumption of 171W, but it is still far and beyond better than anything else we’ve seen in this category thus far. For instance, the R9 290 hits 300W with not much effort. To accommodate for the increased power draw, the omega edition comes with two 8-pin power connectors.

While the stock Zotac GTX 970 featured standard 80 mm fans, the omega edition comes with two 90 mm fans that feature grooved fan blades, which Zotac claims assists in better air flow. In addition, the GTX 970 Omega edition comes with a more durable frame surrounding the card, which Zotac is calling ExoArmor. The card also comes with the Power+ and FireStorm utilities, and in addition features a dedicated power controller that communicates with the video card via an internal bus. This bus has a micro-USB out, which when connected to an internal USB header on the motherboard allows you to access a wealth of settings that can be changed in real-time using FireStorm. Brands like Corsair have been doing this since last year with power delivery systems and coolers, so it should be interesting to see how this feature works in real world conditions.

The new cooling fans and the overclocking potential means that the Zotac GTX 970 is a worthy contender for gamers looking to invest in a mid-range card that offers the most bang for the buck. 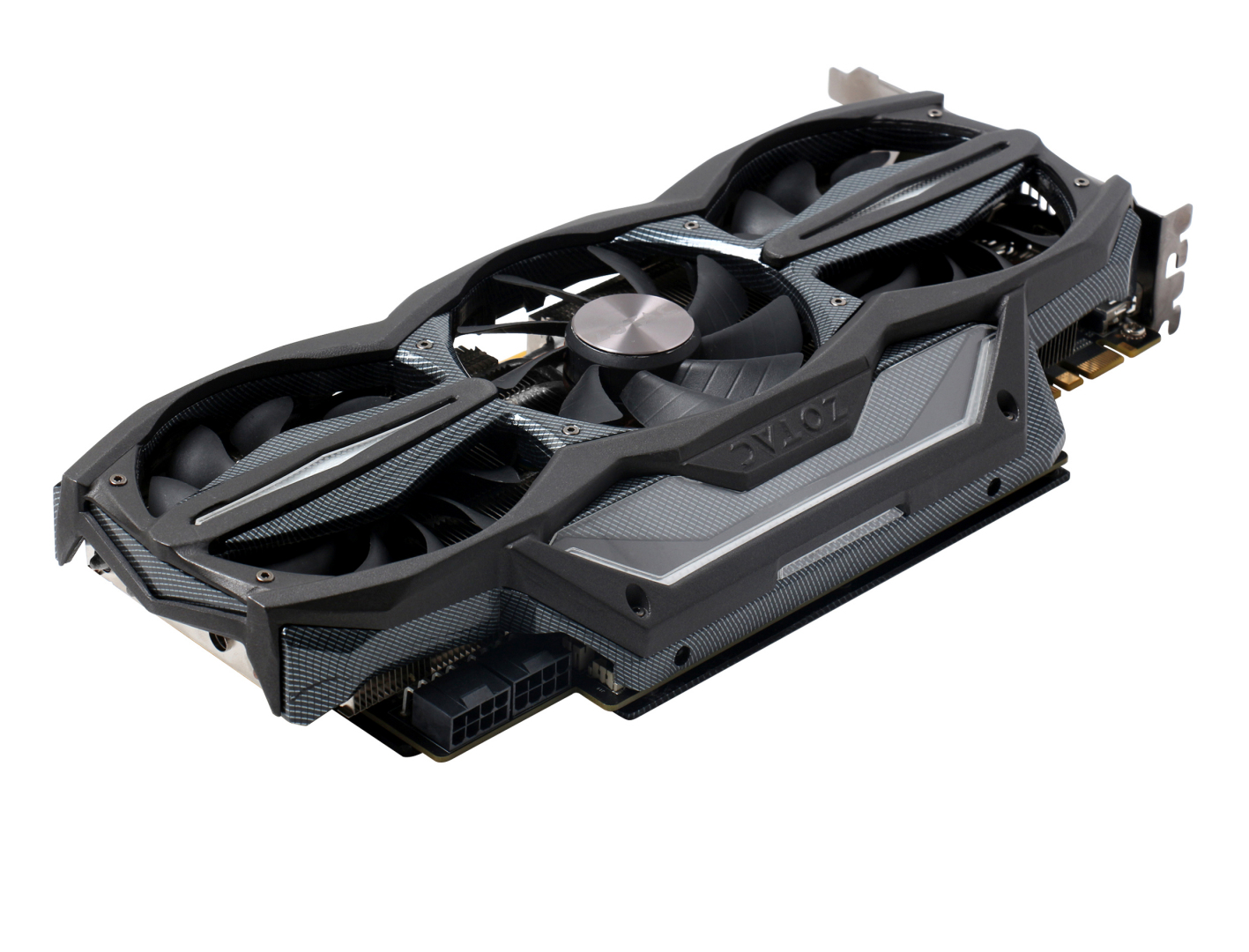 The three cooling fan solution, dubbed IceStorm, features three anti-rotational 90 mm fans that are designed to maximize air flow. Although the card is factory overclocked, the design allows for a lot of overhead when it comes to even further overclocking, which we’re sure enthusiast gamers would take full advantage of.

A unique feature in the GTX 970 is the LED lighting scheme, which is called LIGHT.id. If you’ve got a windowed side panel and are inclined to show off your hardware, the red color scheme is ideal for you. The card also has a green color scheme when in 2D mode. If you want to, you can disable the feature via the FireStorm utility.

The extreme edition also comes with a dedicated OC+ button that allows you to fine-tune your card settings, and all the other features available in the omega and the standard versions.

All three cards come with a five year warranty, with US and Canadian customers getting an addition two year extended warranty. Pricing information will be available closer to launch.