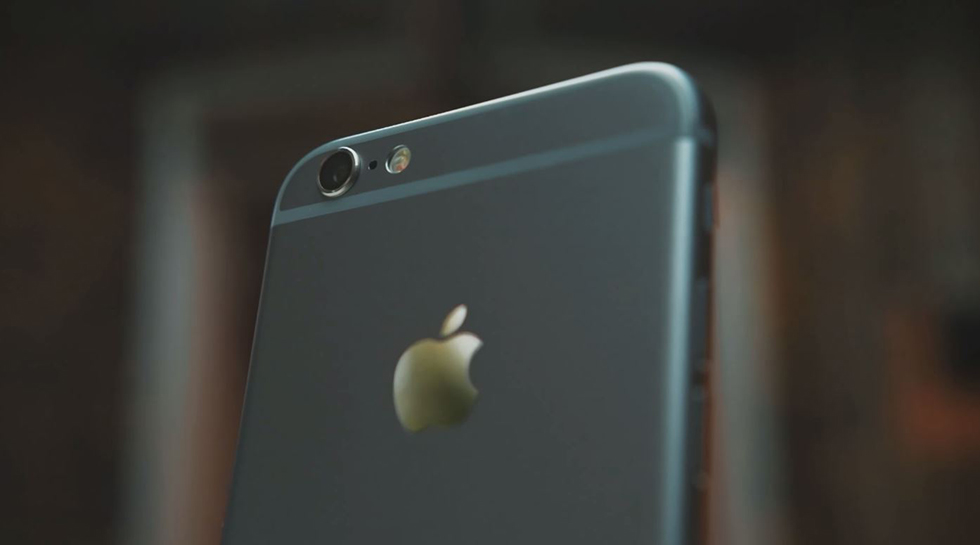 Ever wonder what people in other countries are paying for their shiny new iPhone 6 and iPhone 6 pluses? Well, we’ve decided to look into the current Apple  listed prices for officially launched (or about to launch) countries in Europe, Asia and North America.

Last time we looked at iPhone prices was with the iPhone 5S and by that point there were already dozens of countries launched. So, this time it was decided to start from the beginning and to continue to follow the market as it moves forward. There have already been reports of iPhones selling for over $1,500 in some markets, but the majority of those are grey market iPhones and can effectively be sold at any price that someone is willing to pay. Those prices do not officially reflect Apple’s own pricing or MSRP that they recommend to carriers.  Even so, there are some pretty outrageously high prices coming straight from Apple’s own site. 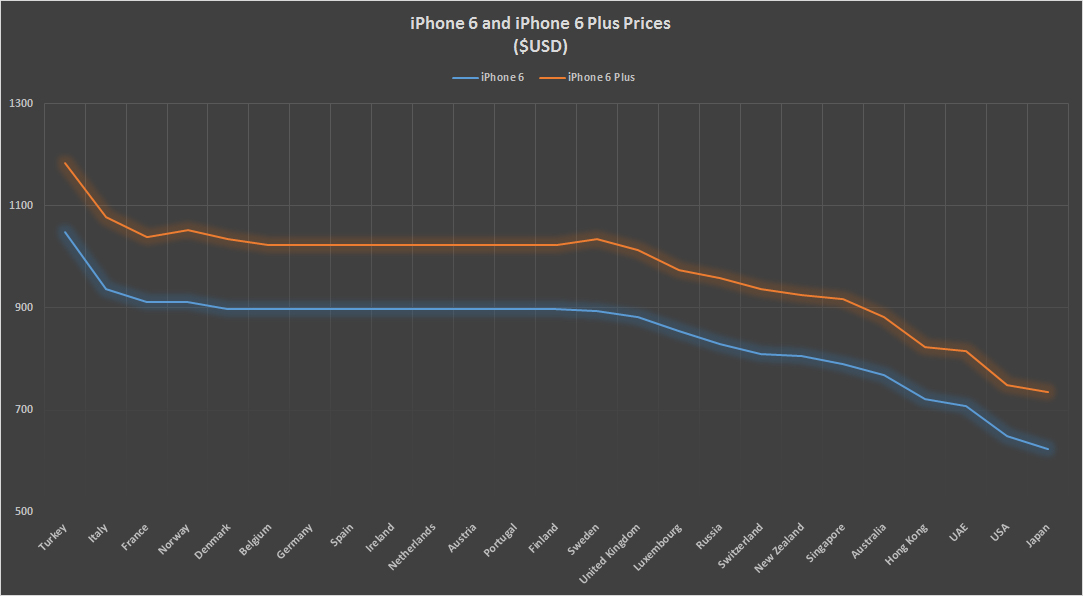 The prices as you can see above are specifically organized using Apple’s own iPhone 6 prices listed on the various regional sub-pages. The countries listed above are in order of lowest iPhone 6 Prices in blue and iPhone 6 Plus prices in orange. The iPhone 6 Plus prices actually vary from country to country with some actually costing more than in certain countries where the iPhone 6 is more expensive. This very likely has to do with how Apple structures the price differences between the two devices as well as how the local currency is converted to US dollars. All currencies have been converted to US Dollars in order to make the comparison easier for a table like the one above.

For example, the iPhone 6 is $898.49 in Denmark, Belgium, Germany, Spain, Ireland, Netherlands, Austria, Portugal and Finland. This is why there is a flat line in the graph, they all have their prices in Euros and have the exact same price in terms of Euros. All other countries have their prices in different currencies and some even have slightly different taxes. The difference in taxes or other external factors are why Italy and France nearly top the list for iPhone prices because they use the Euro but have higher prices than the rest of Europe. However, Turkey still wins when compared to the rest of the world (at this given moment) with an iPhone price of $1,049.20 and an iPhone 6 Plus price of $1,182.20. That’s a solid $500 more for the iPhone 6 in Turkey than in the US for the exact same product.

Some interesting surprises were that the UAE’s prices were so close to the US market’s when adjusted for currency prices and that overall APAC (Asia Pacific) pays less than Europe and South America for iPhones. Additionally, Japan surprises with the lowest prices of all the countries in the world, even the US, very likely due to the US dollar to Yen conversion rate being at its lowest in years. Some other historically expensive markets will very likely beat these iPhone 6 prices in the future, like Brazil and Jordan, but Apple is not officially selling the iPhone 6 there yet. In fact, the Foxconn factory in Brazil where the iPhone is made for the Brazilian was on strike for 5 days earlier this month and may have affected the release date and final price of the iPhone 6 and iPhone 6 Plus. We will revisit the iPhone 6 Prices and the iPhone 6 Plus prices as Apple rolls out the rest of the world’s markets where iPhones are wanted. Right now, there is supposedly a very large grey market for iPhone 6s in China where it can already be purchased in Hong Kong, just across the border.