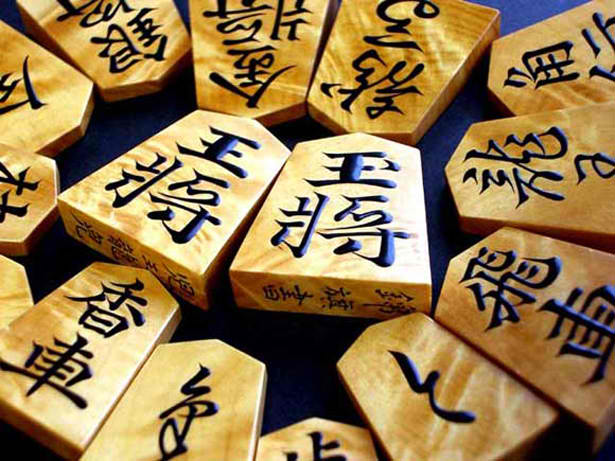 When it comes to smart eyewear, we usually think of floating interfaces, navigation guides, and augmented reality. Board games certainly weren’t on top of the list, but this idea from Japan takes the traditional game of Shogi and pushes it into the next generation with a new smart eyewear unit.

The Shogi smart eyewear unit is the product of the collaborative effort between software developers and prominent Shogi players in Japan. The unit has no official name, and it is probably best to tell you early on that this particular model won’t be commercially available soon. The primary function of the Shogi smart eyewear is as what you’d typically expect; to present the entire game environment to the user. This includes the entire board, as well as every single bit of data that the player might need for the match. 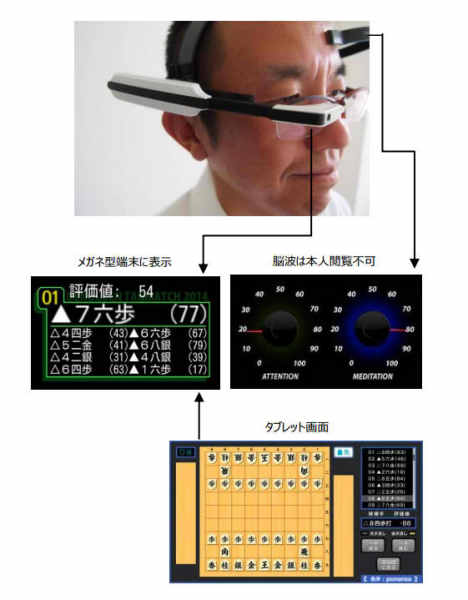 First is the status of the entire board, which is updated in real time as moves are set or made. Second is the “strategy advisor” system, which predicts next move sets or patters. This also provides each possible move with a grade or rating based on the validity of the move for the current match. Lastly, the unit is installed with brain scanning biosensors, courtesy of NeuroSky. The sensors check to see how calm/focused the player is, or the general level of tension in the match, adding a whole new level of excitement to televised Shogi matches.

Traditionally, modern Shogi match shows in Japan incorporate the use of computers, not just to track each move the players make, but also to present alternative strategies, future move sets and patterns as the match progresses (sounds familiar?). The idea is that a bulky PC unit might be too obtrusive for the Shogi player, distracting him or her from the match itself. By using a wearable device, the developers hoped that the matches can be played in a smoother, more natural manner.

Meanwhile, professional Shogi players in Japan had varying opinions in regards to the implementation of the wearable device, with some saying that it might be fun, while others stating that it is utterly unnecessary.

The units were recently used a few days ago last Den’ousen 2014, a Shogi tournament that pitted top class players against each other and against the best Shogi-playing computer AI.